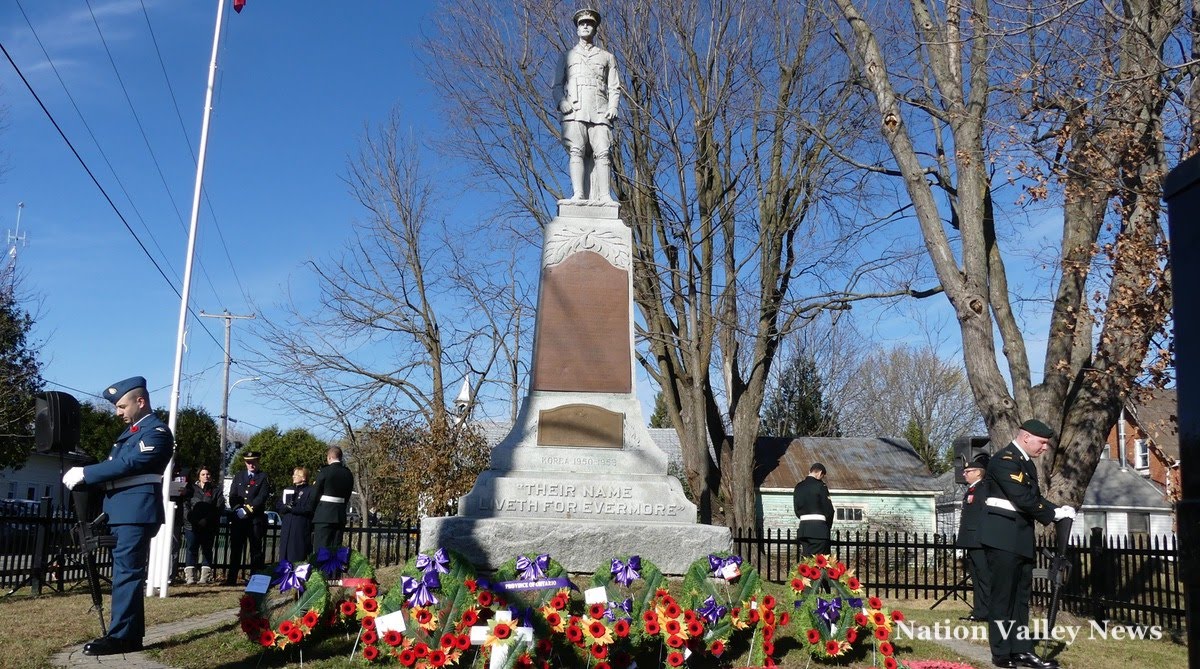 MOREWOOD — As was the case for far too many, the Armistice that ended the hostilities of the Great War — 100 years ago tomorrow — didn’t come soon enough for a local army officer who lost his life in Belgium during World War I. Captain E.J. Glasgow’s life-sized, uniformed likeness, carved in granite, has towered over the village’s main intersection for 97 years — a statue standing tirelessly atop one of the most prominent war memorials in rural Eastern Ontario.

Citizens of Morewood first came together at the foot of the monument when it was dedicated on July 6, 1921. Ever since then, they’ve gathered at the site each November 11th to remember the sacrifice of their war dead, and 2018 will be no exception.

This year’s ceremony is again organized by the Morewood Cenotaph Committee; with the support of our local Veterans, CFS Leitrim, the Glengarry Highlanders, Chesterville Legion and the “Morewood Community” at large.

Canadian Armed Forces Personnel and a Cenotaph Vigil Guard from 3 Squadron, Canadian Forces Station (CFS) Leitrim will again take part, along with the Cornwall-based SD&G Highlanders Colour Party and a piper. At approximately 10:40 a.m., the military personnel from Leitrim will begin forming-up at the Community Centre for a parade to the Cenotaph. Veterans, RCMP, local firemen, school children and community members are invited to fall-in behind the soldiers on a piper-led march to the cenotaph. As it has since the beginning, the Morewood service begins at 11 a.m. — coinciding with the effective time of the century-old Armistice of November 11, 1918.

All are invited to the Community Centre for soup, chili, sandwiches, refreshments and fellowship after the service. Organizers also bill it as an opportunity to personally meet with Canadian Armed Forces personnel, RCMP Personnel and local Veterans participating in the event.

Meanwhile, with the century anniversary of the Morewood Cenotaph only three years away, organizers have started planning a July 6, 2021 rededication ceremony. The monument was also recently celebrated in an artist’s painting and local author’s children’s book.

Below, see video footage of last year’s commemorations in Morewood.