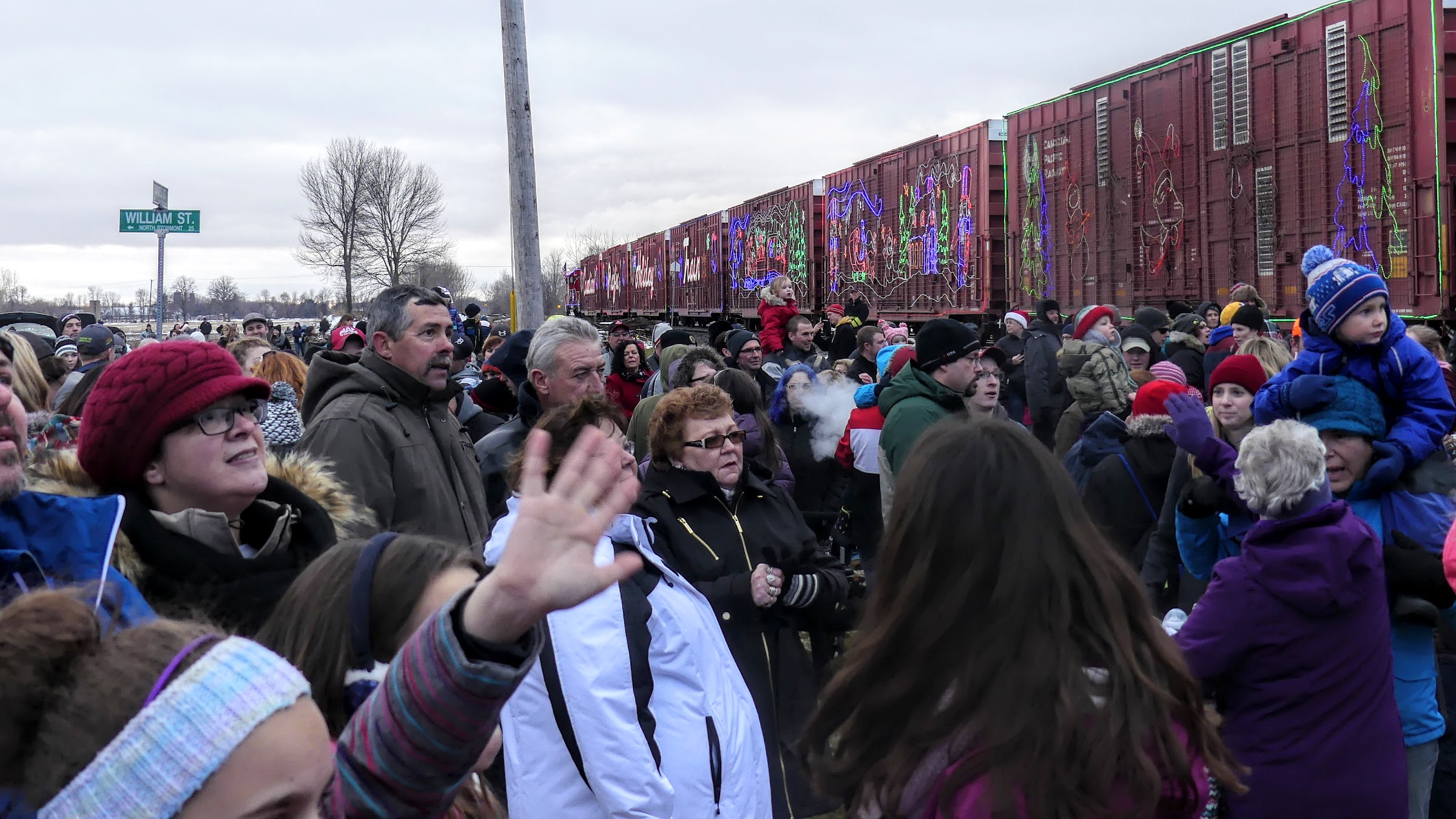 Above, crowds welcome the CP Holiday Train’s 2016 arrival in Finch.

FINCH — You can almost hear the Holiday Train already — the blast of the horn as the Canadian Pacific behemoth thunders to a stop then plops open that special boxcar performance stage as the music ramps up and the special-effects smoke wafts out at the tracks north of the Finch arena.

In case you missed it, the Christmas-themed train returns to the North Stormont community Nov. 28 for a 45-minute stop that includes featured performance by Terri Clark, Sierra Noble and Kelly Prescott. The show begins at 2:45 p.m., 15 minutes after the Holiday Train rolls into the village — bejewelled with colourful lights and decorations — on its 20th annual trip across the country.

Its upcoming Finch appearance is a tradition sparked by the lobbying of CP by outgoing North Stormont Deputy Mayor Bill McGimpsey. “I am very proud and excited that the Canadian Pacific Holiday Train will be stopping in our Community once again this year for the fourth time,” says McGimpsey. “The CP Holiday Train brings awareness of some of these issues and generously contribute. Not only that but they bring headliner entertainers to our community in the process. In a village of 600 people it is amazing to have Terri Clark, Sierra Noble and Kelly Prescott put on a performance for us. I hope people will come from far and wide and donate to help to continue to support our local food banks.” 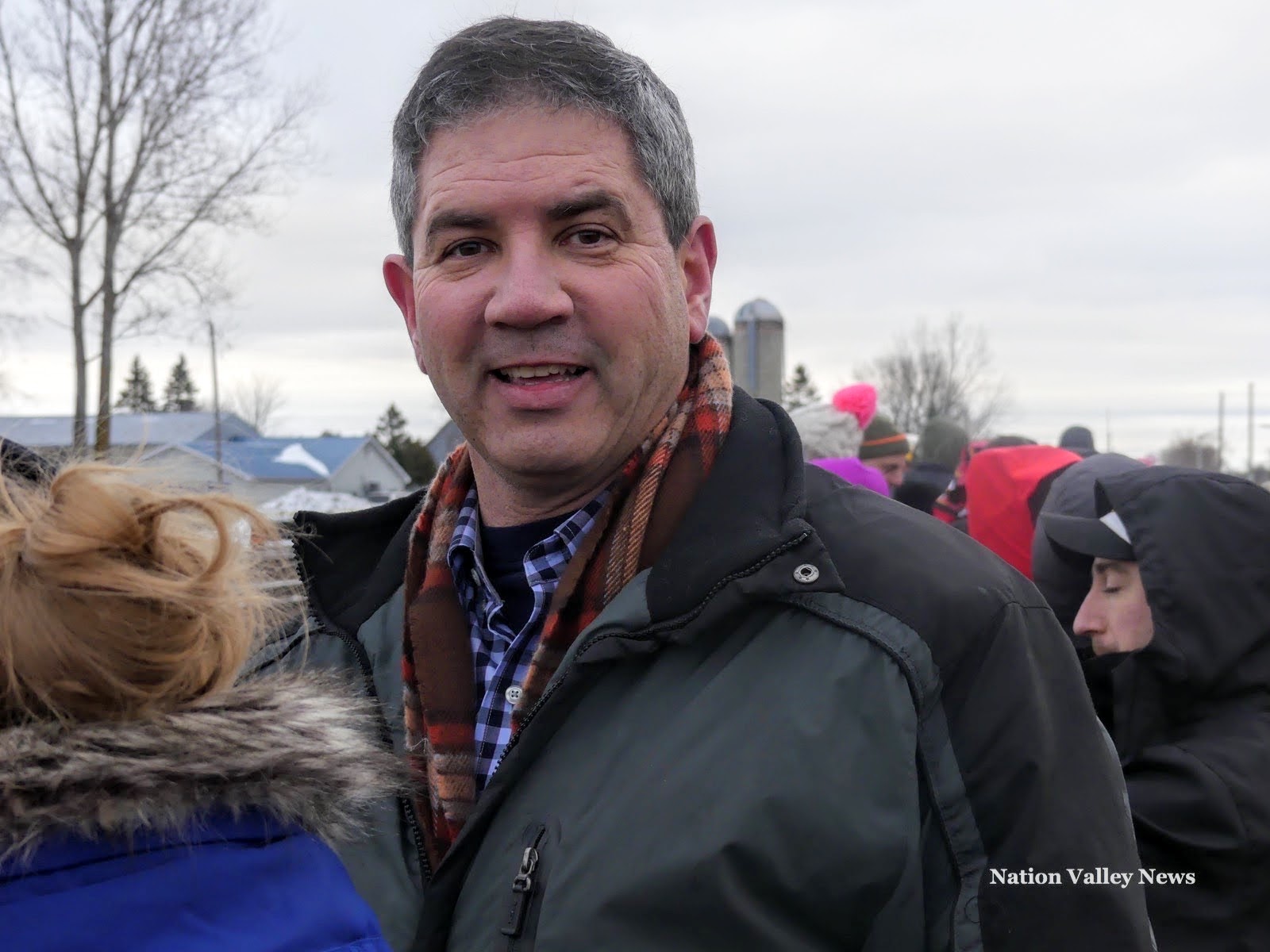 “The Community Food Share continues to be grateful for this wonderful partnership that has been developed with Canadian Pacific and the Holiday Train,” says Ian McKelvie, Administrator for Community Food Share. “What a wonderful way to bring members of the community together to celebrate the holiday spirit while raising awareness and support for local food banks.”

Mayor-Elect Jim Wert is looking forward to another successful year. “It is events like the Holiday Train that help put small towns like Finch on the map. It is great to see the community come together year after year to listen to some home grown Canadian talent while raising food, funds and awareness for the Community Food Share.”

For a full list of what food items to donate or to make a financial contribution online, visit www.communityfoodshare.ca.

An agricultural community with vibrant villages and hamlets, North Stormont touts itself as “A Good Place to Grow” — thanks to the township’s combination of pastoral, quiet living and proximity to major centres like Ottawa and Montreal. 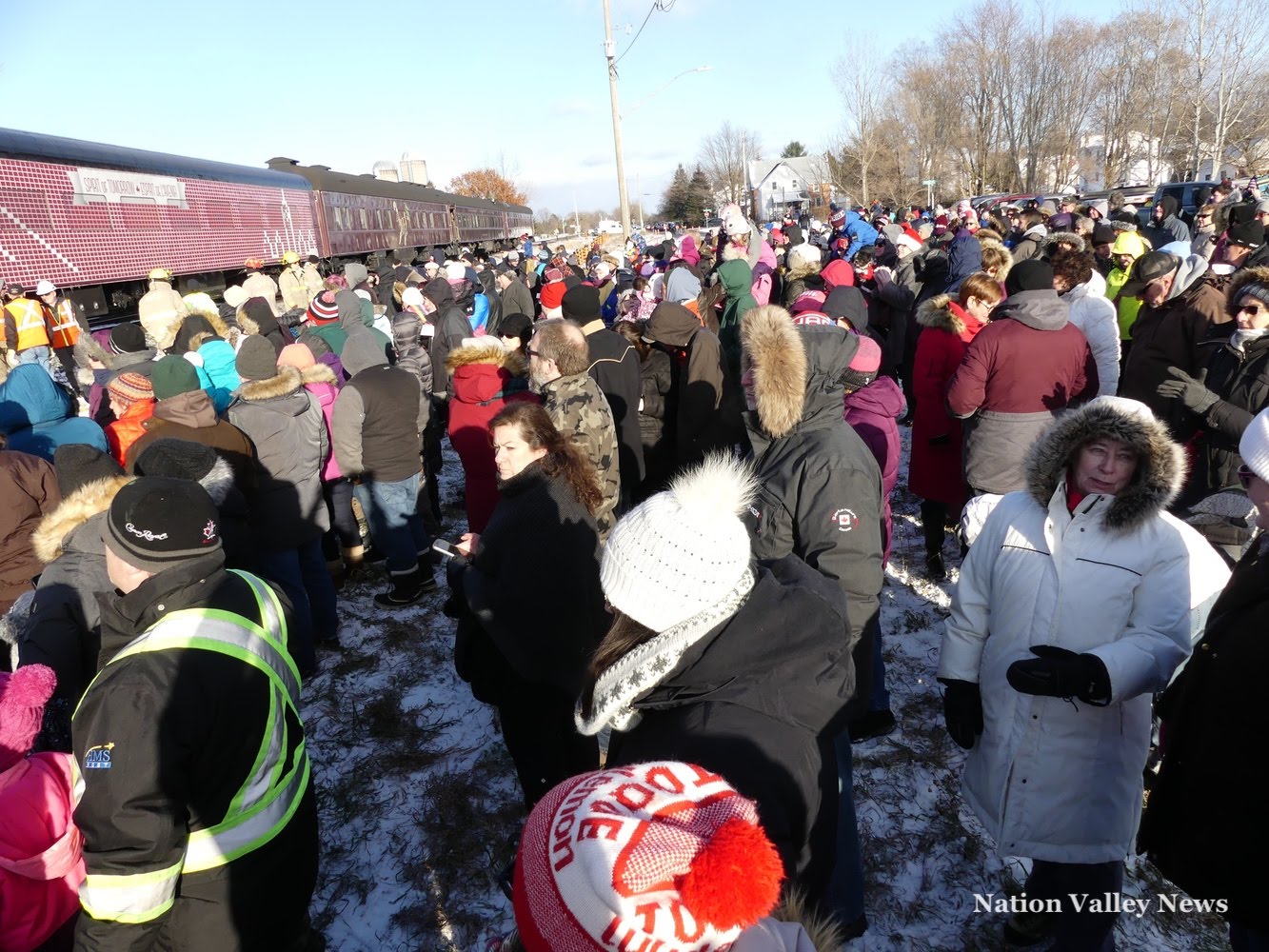 The crowd waits for the show to begin at the CP Holiday Train’s 2017 appearance in Finch. Zandbergen photo

Colin James (video below) was the featured performer during the train’s Finch stop last year.