CHESTERVILLE — After 16 years, the 2018 season was the last for Chesterville’s Farmers’ Market, says organizer Cheryl Beasley.

A Saturday fixture on the Chesterville waterfront, the outdoor Market won’t return next year unless someone else steps forward to take over, adds the long-time president, who spoke to Nation Valley News at the Market’s annual season-ending Christmas craft sale at the Chesterville Legion on Saturday.

“I just can’t handle it anymore. I’m exhausted,” said the Simply Baked co-owner, who ramped up her baked-goods business to include a Winchester storefront — in partnership with two other local women — in 2018.

Beasley notes that her plate is also full as chair of Chesterville’s Art on the Watefront committee.

The May through October Market has averaged about six regular vendors in recent years.

“It’s hard, but I can’t do it anymore,” emphasizes the president. “But if somebody wants to, and thinks that it’s worthy, I will whole-heartedly help them,” adds Beasley, whose “board” consists of herself and a treasurer, chocolate-maker Catherine TenDen.

The Chesterville Farmers’ Market started in 2003 and was originally headed by Queen Street resident Shaun Funk. Originally operating out of the Chesterville fairgoumds’ exhibition hall, the Market relocated to the then-newly overhauled Chesterville waterfront in 2012.

Beasley says she intends to carry on with the Christmas Craft Sale in Chesterville, whatever the status of the Market that sparked that Yuletide tradition. 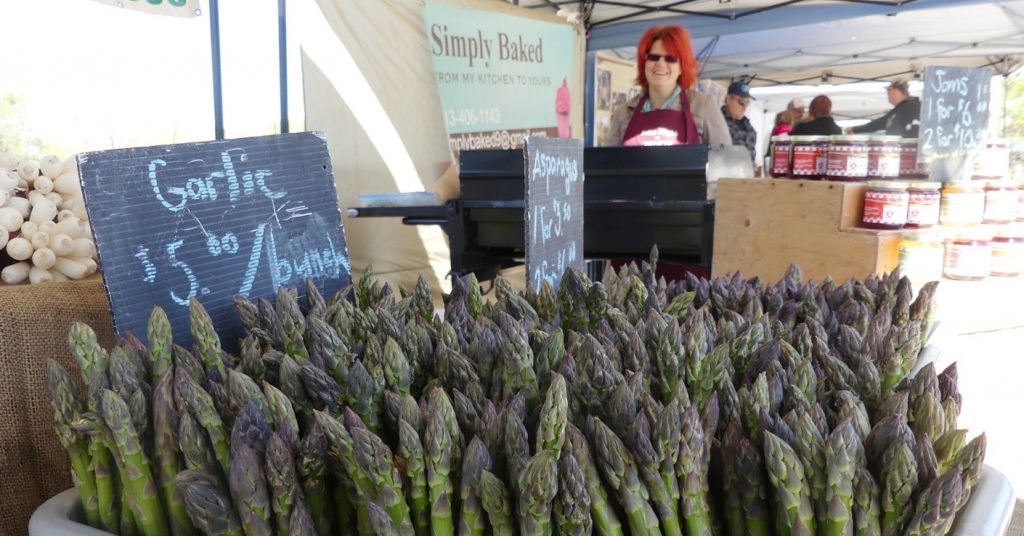 See more images from the Nov. 17 Christmas Craft Sale, below.