The Dundas County Archives handles paper mementoes exclusively — although some are a little more elaborate, such as this framed display photo from the Morrisburg Model School of 1897.

SDG — The Dundas County Archives is asking for up to $200,000 in local taxpayer dollars to digitize old newspapers.

Archives board member Eric Duncan pitched the United Counties Council of SD&G on the idea last week. He and the board await an official response from the local governing body on the request.

Duncan estimates a cost of $1 per page to preserve the historical copies of four local newspapers still in operation in the United Counties (outside Cornwall), along with a number of defunct titles that have come out of the woodwork as well.

The former mayor of North Dundas says the collected material offers a wealth of local information and ought to be preserved for posterity in searchable form on the web.

The CBC’s Alan Neal interviewed Duncan about the project today: 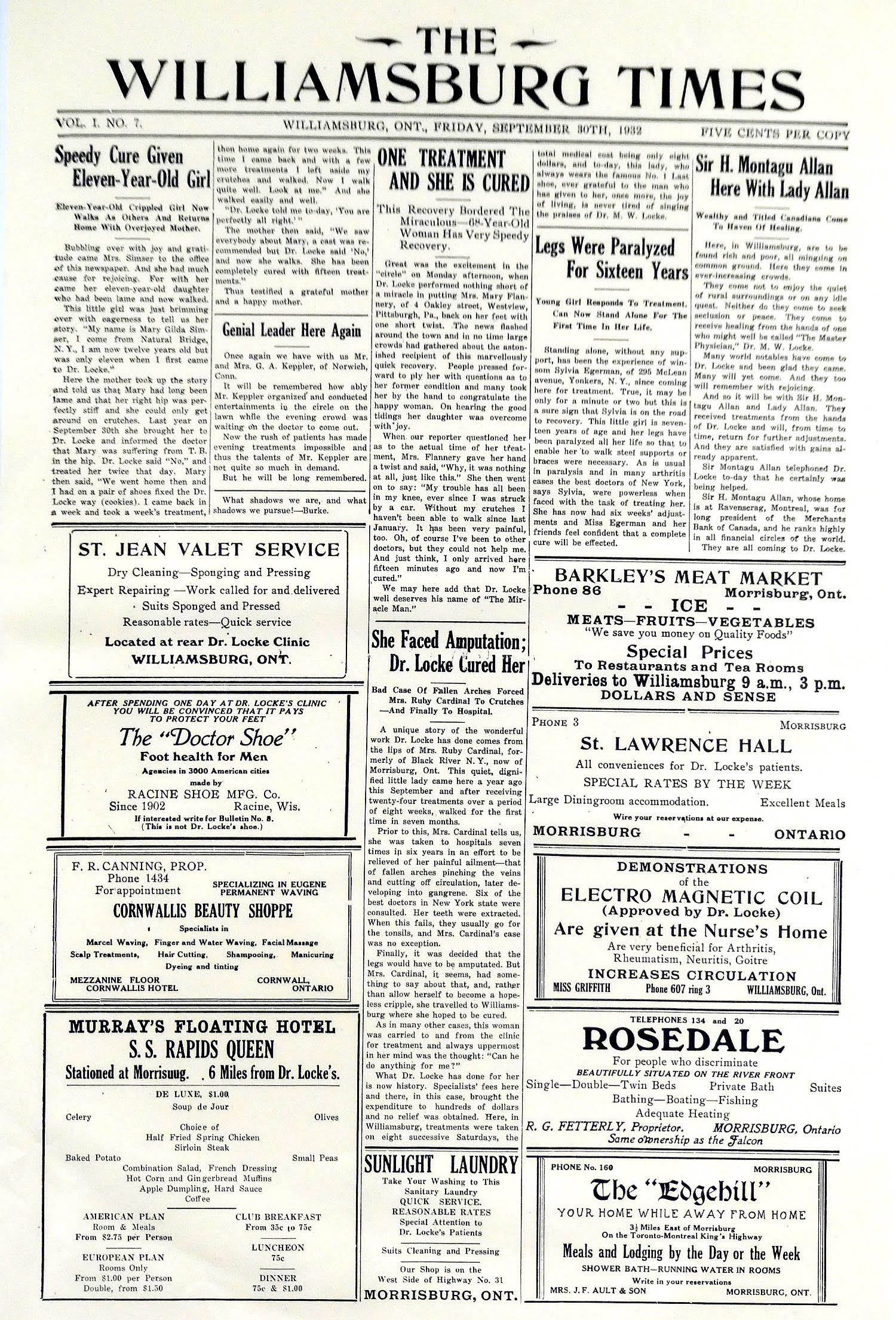 The media of yesterday — The front page of a 1930s edition of ‘The Williamsburg Times’ — a defunct newspaper — reports on the exploits of Dr. Locke in the village. A replica image of the paper hangs on the wall at the new Dundas County Archives.