CHESTERVILLE — A traditional afternoon tea served up equal parts bemusement and momentum in advance of the opening of an actual café at McCloskey’s next month.

Amanda Burger — planned operator of the new café and spearhead behind ‘A Bunch of People,’ a new arts and events organization in SD&G and planned — donned old-fashioned servant’s garb while pouring tea for 27 elegantly attired female guests who may have stepped out of an early 1900’s time machine at the ‘Sunday Ladies Tea’ on Feb. 10.

There was a whimsical element to the affair as the women, peering from beneath the brims of fancy hats while clutching teacups in gloved hands, watched a two-man preview of the Dundas County Players’ Theatrical Society’s upcoming production of Oscar Wilde’s farce, The Importance of Being Earnest. Dylan Roberts (as Earnest) and Tom Henbest (Algernon) and JP Leduc (the butler Merriman ) presented a scene from the play, holding the group’s rapt attention.

The sense of theatre was apropos of the Troubadour Collective, Burger’s sub-entity that has been staging special events at McCloskey’s since Christmas. Ten percent of profits go to a charity within SD&G, as per the partnership between McCloskey’s and A Bunch of People.

As for the tea itself, “the ladies raved about what a good time they had,” said Burger.

See a gallery of the good time, below. 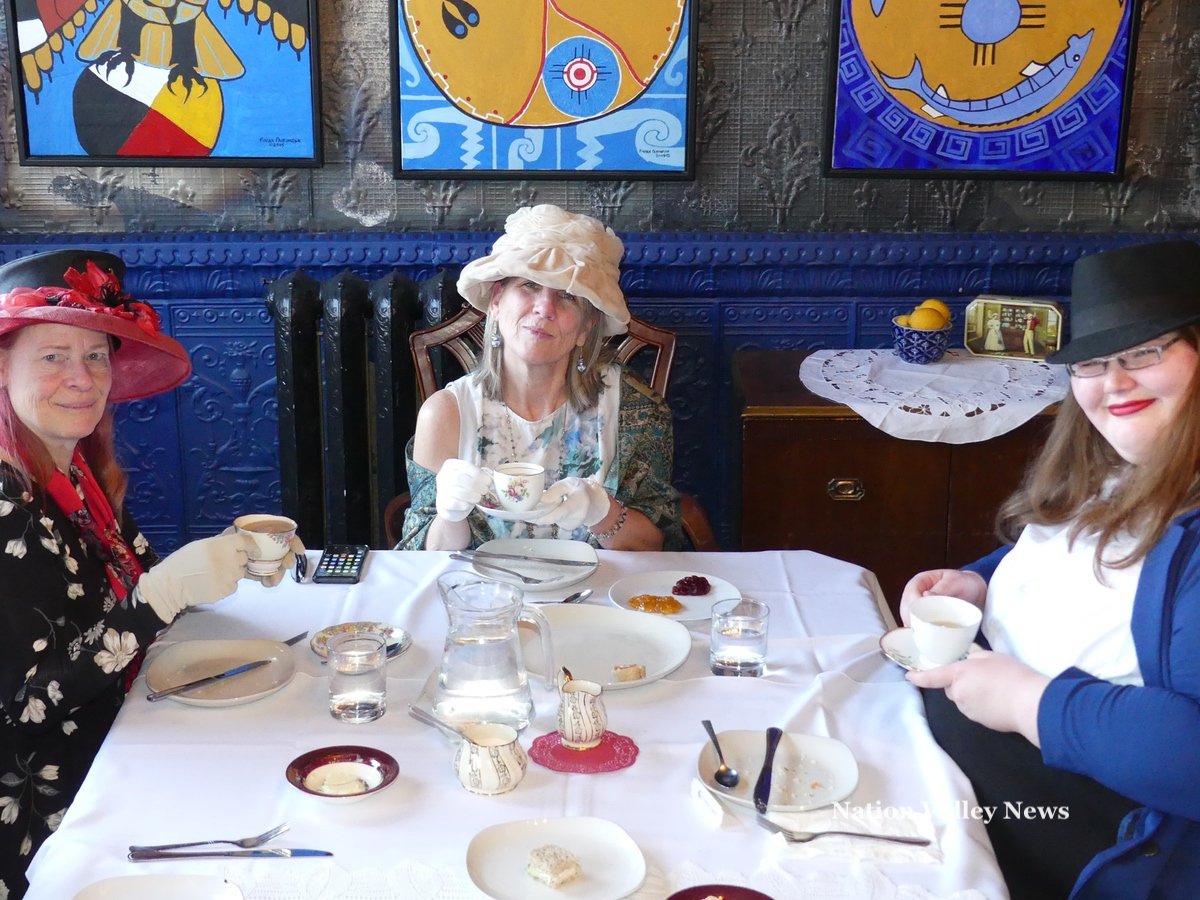 Burger hopes that it and other events — such as the upcoming Writing in 150 competition on March 16 — will help build some buzz for McCloskey’s and the debut of her café inside the 22 Victoria Street establishment next month.

That operation will offer cappuccino, lattés and regular coffee along with goodies of the traditional, gluten-free and vegan varieties, inside McCloskey’s dining room. To make this even more exciting, local First Nations artist David Fadden from Cornwall Island will have a vernissage of his stunning paintings at the opening.

In video below, Dylan Roberts and Tom Henbest assume their roles in the upcoming Dundas County Players’ upcoming production, in a special Feb. 10 preview for the women gathered at McCloskey’s.