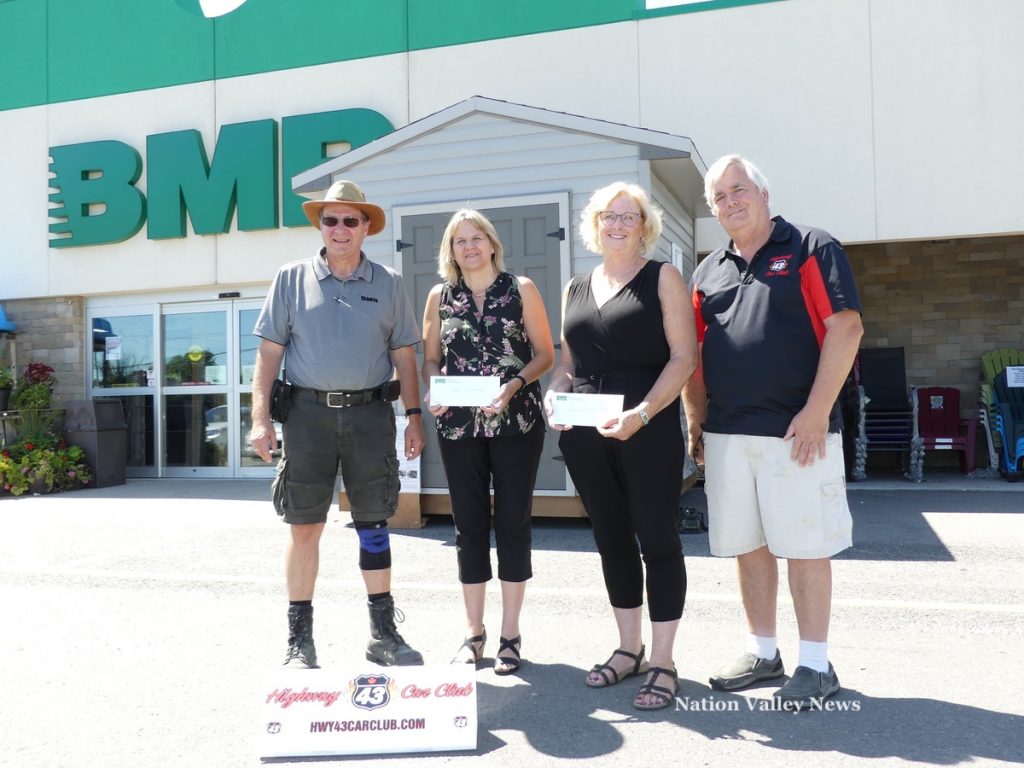 WINCHESTER — A record amount was raised for a pair of local food banks — Community Food Share and the House of Lazarus — at the Highway 43 Club’s fifth annual Show n’ Shine at Winchester BMR.

Store co-owner Ken Boje recently handed over a pair of cheques to Food Share’s Team Leader Jane Schoones and House of Lazarus Executive Director Cathy Ashby, with both organizations splitting just over $3,542 generated as a result of the Aug. 11 event.  Those funds included the proceeds of a precursor online auction at the store ($1,505) as well as dollars collected at the Show’s barbecue and yard sale ($1,564) and cash donations ($473.20).

“This is by far the largest amount raised,” said Boje of this year’s tally. “The online auction helped, and I think people responded well to it…. So I think next year we’re going to expand that.”

The Show pulled in 495.85 pounds of donated food for the involved charities as well.

Meanwhile, Mary Steele of Russell picked up the “cooler car” that she won in the Highway 43 Car Club’s featured draw at the Show. Built to look like a vintage “woody” station wagon — complete with roof-mounted surf boards — the art-like cooler was supplied and donated by Winchester BMR as part of the store’s sponsorship of the Club and the event.

Two donated sheds on the block for ‘Handyman Heroes’ 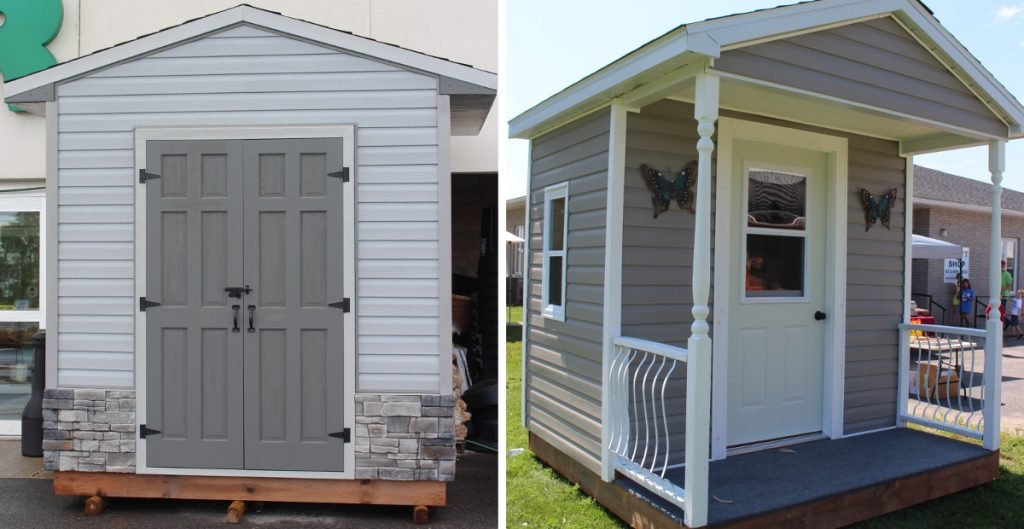 The sheds now up for bid online to benefit the House of Lazarus’s Handyman Heroes program. At left is a utility unit supplied by Winchester BMR; at right is a playhouse version supplied by RONA Kemptville Building Centre.

The Handyman Heroes Shed-Building Challenge was created to raise funds for its namesake — the Handyman Heroes initiative. Handyman Heroes helps at-risk families with home repair or vehicle maintenance and repair. Licensed tradespeople volunteer their time and labour, while HOL provides the needed materials.

The challenge was issued in May 2019 with both amateur and professional contractors being asked to build a shed-like structure according to a set of guidelines and then donate that structure to House of Lazarus to be used in an online auction. Two local businesses and their talented volunteers have risen to the challenge: Winchester BMR and RONA Kemptville Building Centre have respectively donated a utility/garden shed and a children’s playhouse. Both sheds cost more than $3,000 in materials to build.

The online auction started Aug. 10 and concludes Friday, Aug. 30 at 3 pm. To place a bid, visit the House of Lazarus Facebook page. For those without Facebook, a bid can be placed by phoning HOL at 613-989-3830. The sheds are also available for viewing at House of Lazarus (playhouse) and Winchester BMR (utility/garden shed).

“It’s amazing that these two community-minded businesses have donated such wonderful sheds,” HOL Executive Director Cathy Ashby said. “To date, we have completed six projects through our Handyman Heroes program. We have two new projects underway. The money raised from the sale of these two sheds will allow us to help even more families.”

For more information or to register a team, please contact Ashby at cashby@houseoflazarus.com or by phone at 613-989-3830.