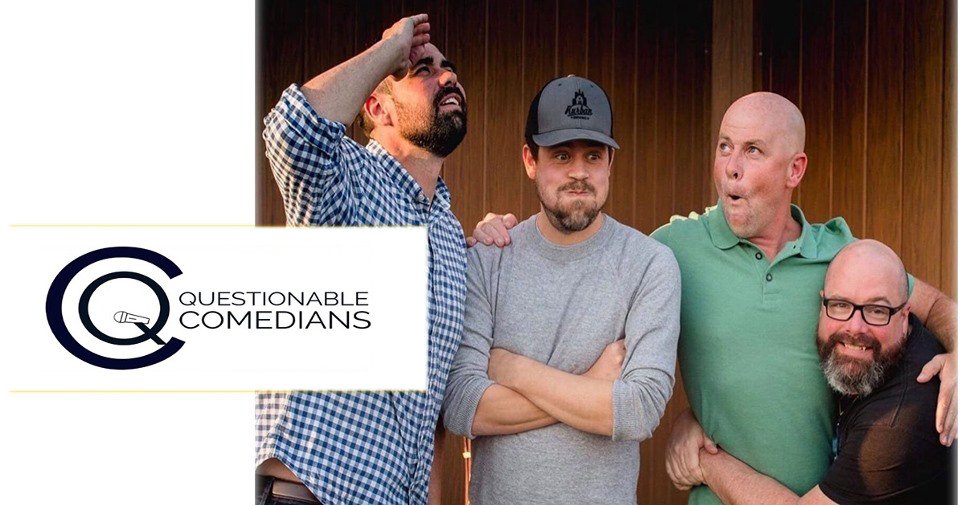 CHESTERVILLE — Come on out for an evening of laughs, guffaws and snickers with the Questionable Comedians & Friends Comedy Night at McCloskey’s this Saturday, Nov 2.

A group of four comics, the Questionable Comedians, have been performing all over Cornwall and SD&G over the last year. Seven comics in total will take the stage in Chesterville. While the show starts at 8 p.m., there is the option of purchasing a show with dinner package through the Victoria Street Café; dinner starts at 6 p.m. in that case.

The Victoria Street Café is located inside the McCloskey Hotel, 22 Victoria, Chesterville.

Amanda Burger, of A Bunch of People and Victoria Street Café fame, brought McCloskey’s and the Questionable Comedians together when she heard how amazingly funny the comedy foursome is.

“Many of the audience members will know Dan Allaire as the morning co-host on BOOM 101.9, Cornwall’s  Corus Radio station,” Burger noted. “Dan Allaire and Mike Baird of the comedy team just competed in the recent Yuk Yuk’s competition and they nailed it: getting to both finalist and semi-finalist status, respectively.  The four guys are all experienced in the comedy scene, and the ambience of McCloskey’s will be the perfect backdrop for these guys,” she said, adding, “they are hilarious!!”.