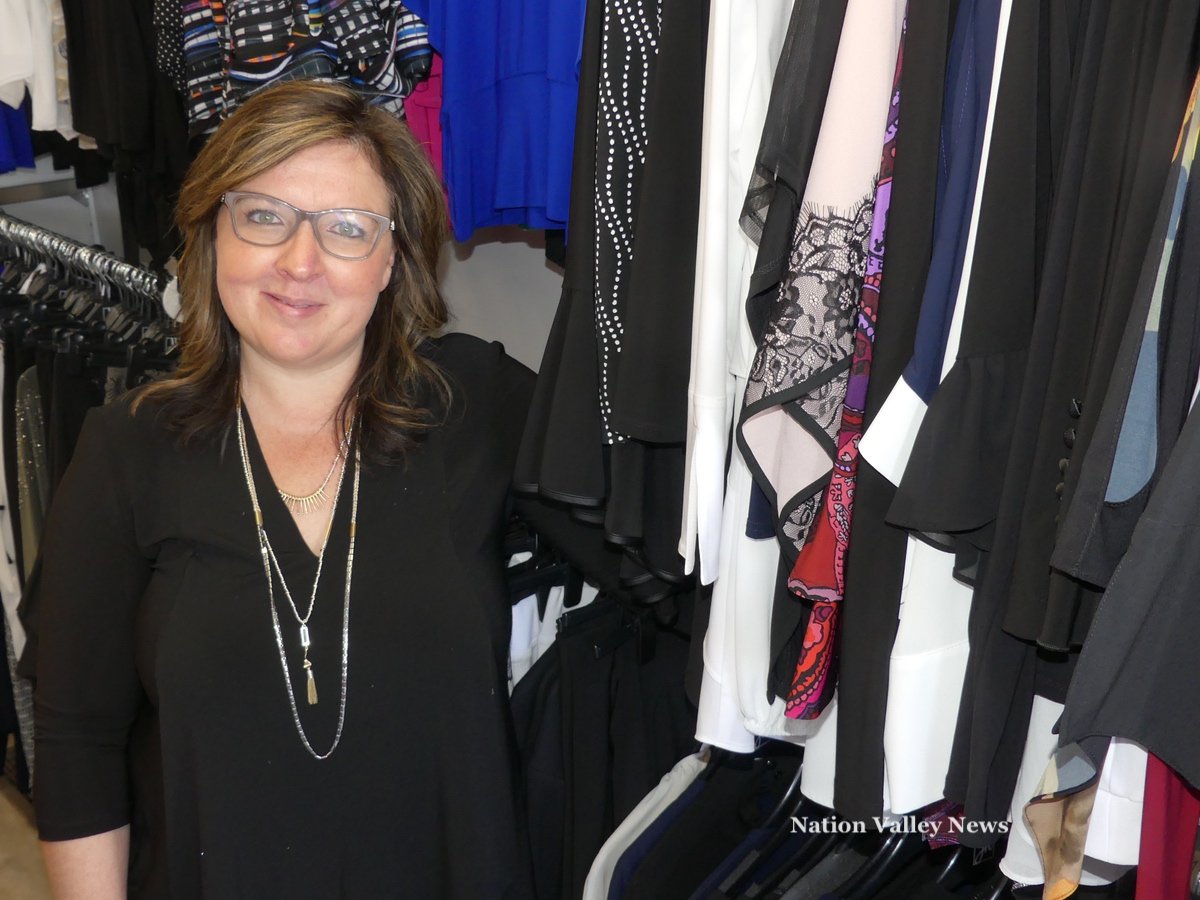 Above, Lisa Williams, photographed at her store earlier this year.

WINCHESTER — It could be said that Lisa Williams of Main Street Clothing Company has been a frontrunner in the push to catapult her village into economic and retail success.

“When I started my business four-and-a-half years ago there wasn’t much here for retail. I just felt like I needed to do this, and so many people in the community encouraged me to do so,” says Williams at her downtown Winchester shop.

“The support of the full-time business people was so strong and convincing. I just plunged and went for it!” she exclaims. The encouragement of established family- and locally-owned businesses like Annable’s Jewellery, Paddletales and Bridals by Al-Mor made her decision to leap that much easier.

Williams gained experience in the retail sector working for another clothing store in Winchester prior to marriage and starting a family. “Once the kids started school I needed a change,” she says.

She first rented the storefront at 506 Main St. and quickly expanded and outgrew the space.

After the retirement of one of her long-time mentors, Gary Annable, his 513 Main St. building became available and she jumped at the opportunity.

Since the debut of her store, Williams has seen many more businesses open nearby and working together.

“Downtown is booming now!” she rejoices.

For those who have not yet been to Main Street Clothing Company, the proprietor strives to offer the best quality clothing at the best prices. “I try to carry Canadian-made clothing. That’s very important to me,” she adds.

Below, in October, Main Street Clothing Company hosted Lynn Spence for a second time in 2019.

The store caters to women ranging in sizes from 0 to 18, and of all ages — teen girls, moms and grandmas — there’s something for everyone.

Main Street Clothing also sells via the Internet, first launching an online shopping feature at last year’s Local Business Expo. The online segment has been doing very well, according to Williams, who sees continued opportunity to expand her customer base in North Dundas and beyond.

She has also innovated as the visionary behind the annual Winchester Shop Crawl. It’s a raging success every year, so much so that other local entrepreneurs have told the founder they wished the event could happen every month.

Beyond the commercial passions that have helped develop Winchester into the ‘booming’ town it is today, Williams also stages various fashion shows to benefit many different charitable organizations such as House of Lazarus, Community Living and Naomi’s Family Resource Centre.

Main Street Clothing Company puts a fashionable touch on the community as a whole.