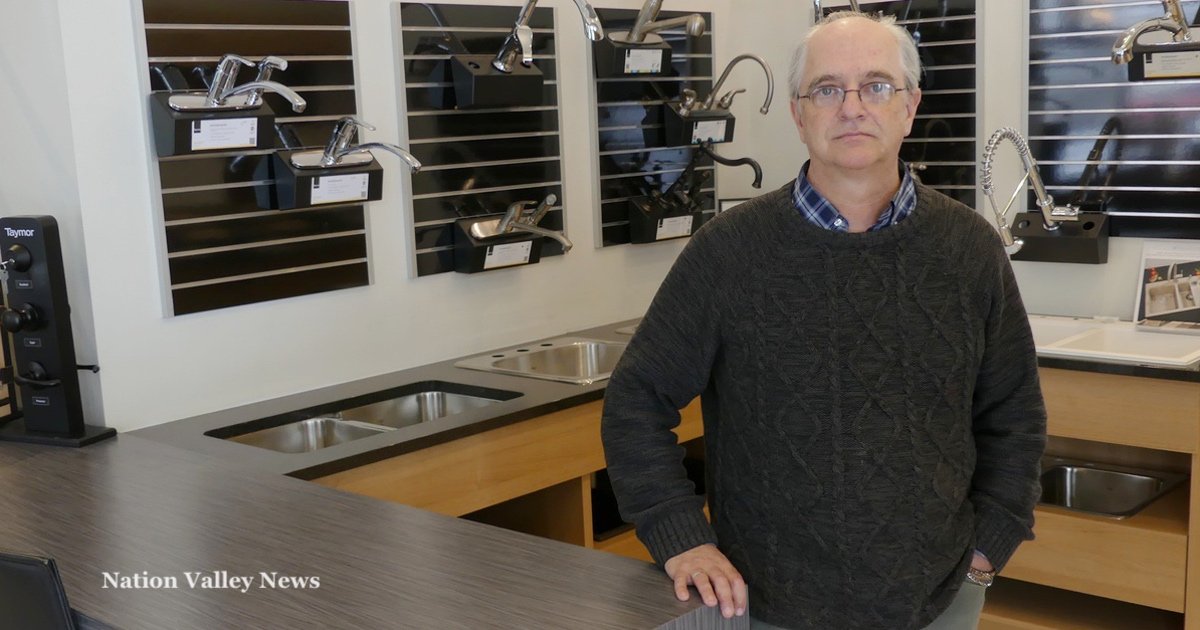 MOREWOOD — Dwellings all over Ontario and beyond have their origins in Guildcrest Homes’ modular house factory that has been a feature of life in this rural North Dundas village for decades.

“People have been producing homes on this site for over 40 years,” remarks George Tierney, marketing manager for Guildcrest Homes, the modern-day firm whose founders bought the former Morewood Homes facility in 1991.

In the ensuring 27 years as Guildcrest, the operation has produced 5,300 homes — hitting the milestone 5,000 mark on its 25th anniversary.

Tierney says they’ve become enough of an attraction to warrant tourism signs on highways 31 and 401 these days. “Because anybody that comes here is welcome to a tour. We’re proud to show off the factory. It’s an amazing sight to see, 120,000 square feet, and at peek, we’re running plus or minus 110 employees.”

“When you walk through the factory, you can wave to guys that have been here since before Guildcrest days. There’s still a lot of living history going on here, which we’re pretty proud of. It’s neat to walk through and say ‘hi’ to guys I first met 25 years ago when I first started hanging around here.”

Guildcrest Homes is owned by Quebec-based modular home builder Pro-Fab, which bought the local company five and a half years ago. It was a change that brought significant advantages to Guildcrest, according to Tierney. “Technically, we have three operating factories now, one here and two in Quebec. And we can draw on Quebec design expertise,” he says. “It extends our model offering significantly. We’re now at 70 models.”

Each model home offers the customer “a very good base to start with,” he points out. “Then we’re going to personalize it to suit their needs. Because everyone wants that room to be a bit bigger, that room to be a bit smaller, that window moved over there so grandma’s China hutch can still fit against that wall.”

Some clients take it a step further by commissioning Guildcrest to create an entire home from scratch, a complete one-off. “They bring their dreams in on paper and we turn it into a modular build for them,” says Tierney. While there are some limitations around the maximum, transportable module size, “it’s hard to come up with something that we can’t turn into a modular build,” he says.

With a sales office in Kingston — in addition to Morewood — along with a model home court on Highway 7 near Arnprior — Guildcrest directly services a huge swath of Eastern Ontario. Tierney explains that the territory runs up to a western line bounded by Bellville in the south and up to Barry’s Bay in the north. Beyond this, Guildcrest Homes hands off sales to an authorized dealer network that sees modules shipped as far as Sault Ste. Marie, Thunder Bay and points further north. The dealers “buy the modules from us, we deliver them, and they look after the finishing and stitching the modules together, and they own the customer,” he explains.

“We also do quite a fair bit of homes for First Nations communities in Ontario. Our factory is full of homes going to a northern community right now,” he says, adding those units are set to be transported across ice roads to their final destination.  “We’ve also done a number of homes that have gone into the high arctic.”

They’re also selling more in the city of Ottawa, where Tierney estimates that Guildcrest has supplied 30 infill homes in urban neighbourhoods through the years.

The advantages of a modular home includes speed of construction and “far better price control,” he says. “When we price a home for you, and we say it’s going to be this many dollars, and we’re going to be delivering it on this day, it’s all so much more within our control than a site builder has.”

Delivery of a Guildcrest modular home onto a foundation “makes the site work much smoother, and we have a good rapport with chief building officials wherever we operate, and they understand the process,” he says.

The firm takes care to offer only the best and proven options. “We have hundreds and hundreds of finishes to choose from,” he points out, “and we’re very proud of the windows we currently use. And the kitchens, and the cabinetry and the flooring. We’re very careful about the selections we bring in and offer because we own the customer for years and years to come. “We’re local. We’re staying right here, and we need the customer to be satisfied, and we need to ensure that if they have something that needs service, in years to come, that it’s something we can continue to help them with. So we’re very, very careful in choosing any of the selections, materials that go in the house.”

A Guildcrest home comes with a 10-year structural warranty as well as a manufacturer’s warranty on any components put into the house — such as the dual-core Heat Recovery Ventilator that is a feature of every Guildcrest model.

“And most of what we do here is Tarion home warranty-enrolled,” he adds.

Guildcrest Homes are already airtight and energy efficient, but for those wanting to go above and beyond, they will also build you an Energy Star-certified home.

Being located in North Dundas “is definitely a good base” for the company, Tierney also observes. “Our employee base comes out of the area, and we’re well established here. We’ve had a good customer base for years. We have lots of happy customers.”

The availability of reasonably priced building lots has also been a plus for the North Dundas area, he says. “We’re just far enough away from the metropolitan areas. There’s still just enough industry, and just enough agriculture to keep us going well in these areas.”