WINCHESTER — A magical adventure befalls Aladdin when he begins to believe that there is more to life than washing dirty socks in the Twankey laundry facility. With the help of a big-headed Genie of the Lamp and a Ring Genie, Jennie – who happens to think she works in a call centre, Aladdin takes on evil Abanazar. Set in the mysterious East, this gender-bending fairy tale breaks the fourth wall, erupts with spontaneous song and dance, and constantly surprises with its over-the-top characters.

An extensive and eclectic all-star cast, including Deputy Mayor Al Armstrong, two local doctors, and a gang of lovable dancers, pay tribute to Aladdin, the classic folk tale of Middle Eastern origin. The riotous mix of comedy, choreography and special effects, supported by a script bursting with local colour, all contribute to the British Pantomime style of the performance. Pantomime is a peculiarly British tradition of winter musical comedy theatre. It takes a familiar tale, like Aladdin, and injects a bit of British Vaudeville style comedy, contemporary references, and audience participation. The result is a raucous and hilarious magic carpet ride that is both child pleasing, yet contains enough sly references to entertain grown-ups as well.

The Dundas County Players are set to stage this fun for the whole family British Pantomime during the week of the Winchester Parade of Lights in December, at Winchester’s Old Town Hall. Based on the script by British playwright, Suzan Holder, Aladdin – Adventures in the East, features a catchy and contemporary blend of songs that are sure to get your toes tapping.

Tickets are $20 for adults ($10 for youths 18 and under). They’re available in advance on-line at www.dcplayers.ca, via phone at the DCP Ticket Line (613-297-0097), and at The Planted Arrow Flowers and Gifts in Winchester and The Victoria Street Café in Chesterville. Or buy them at the door at the time of show. 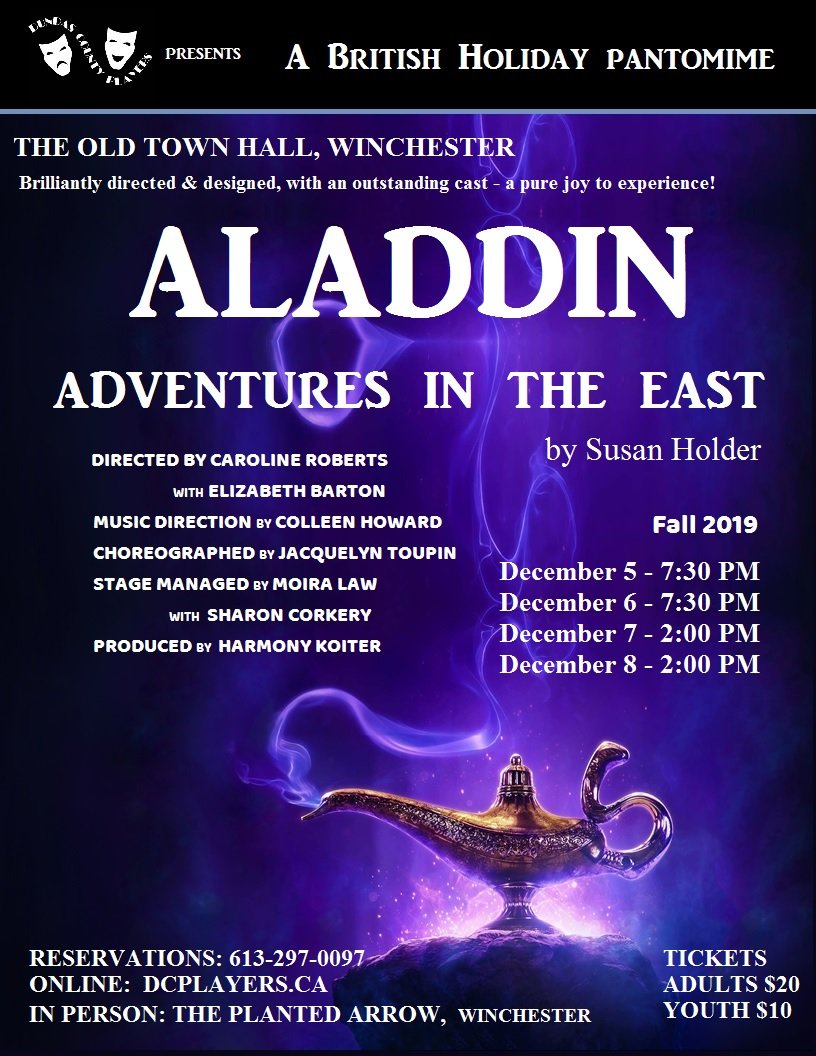 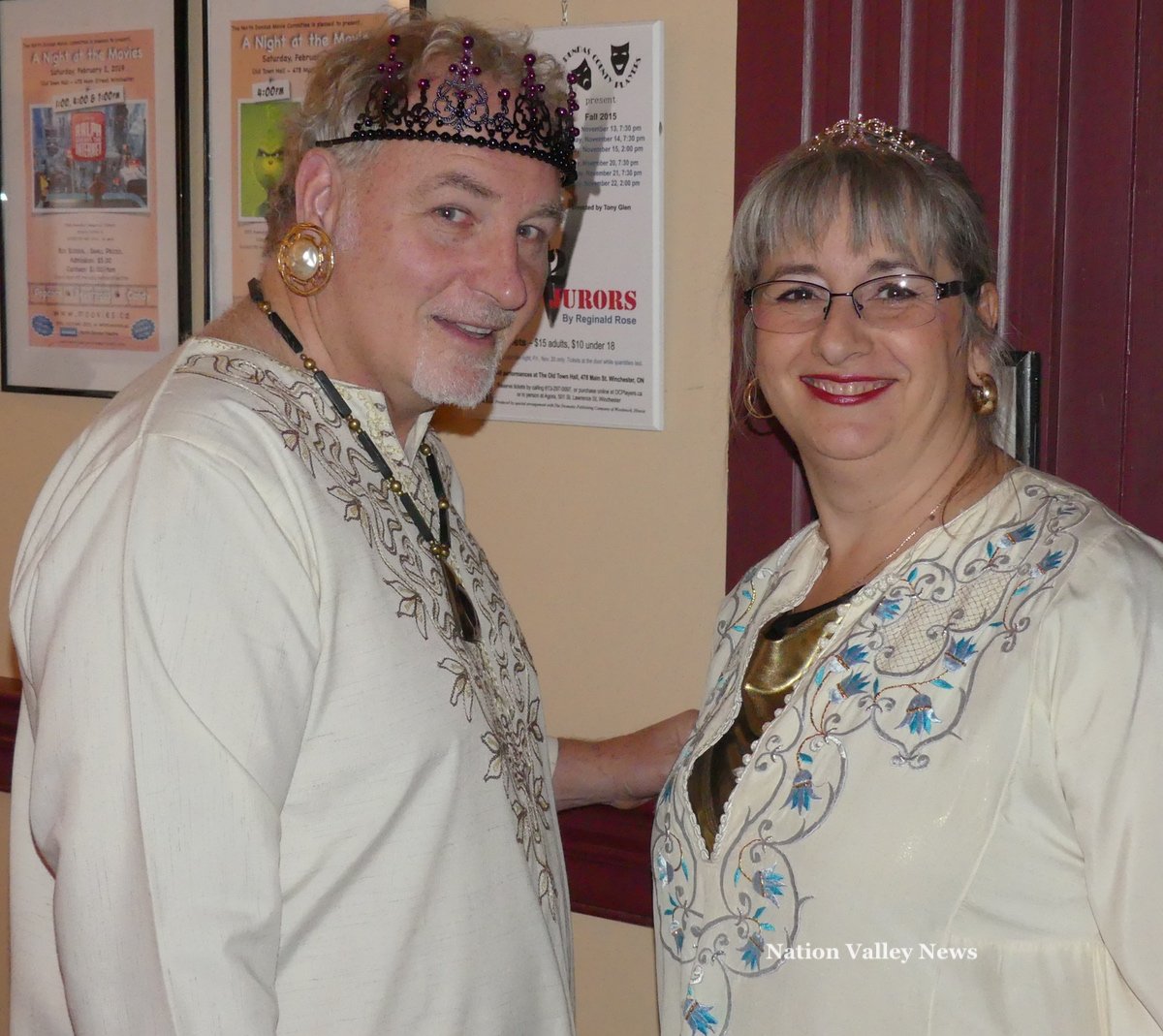 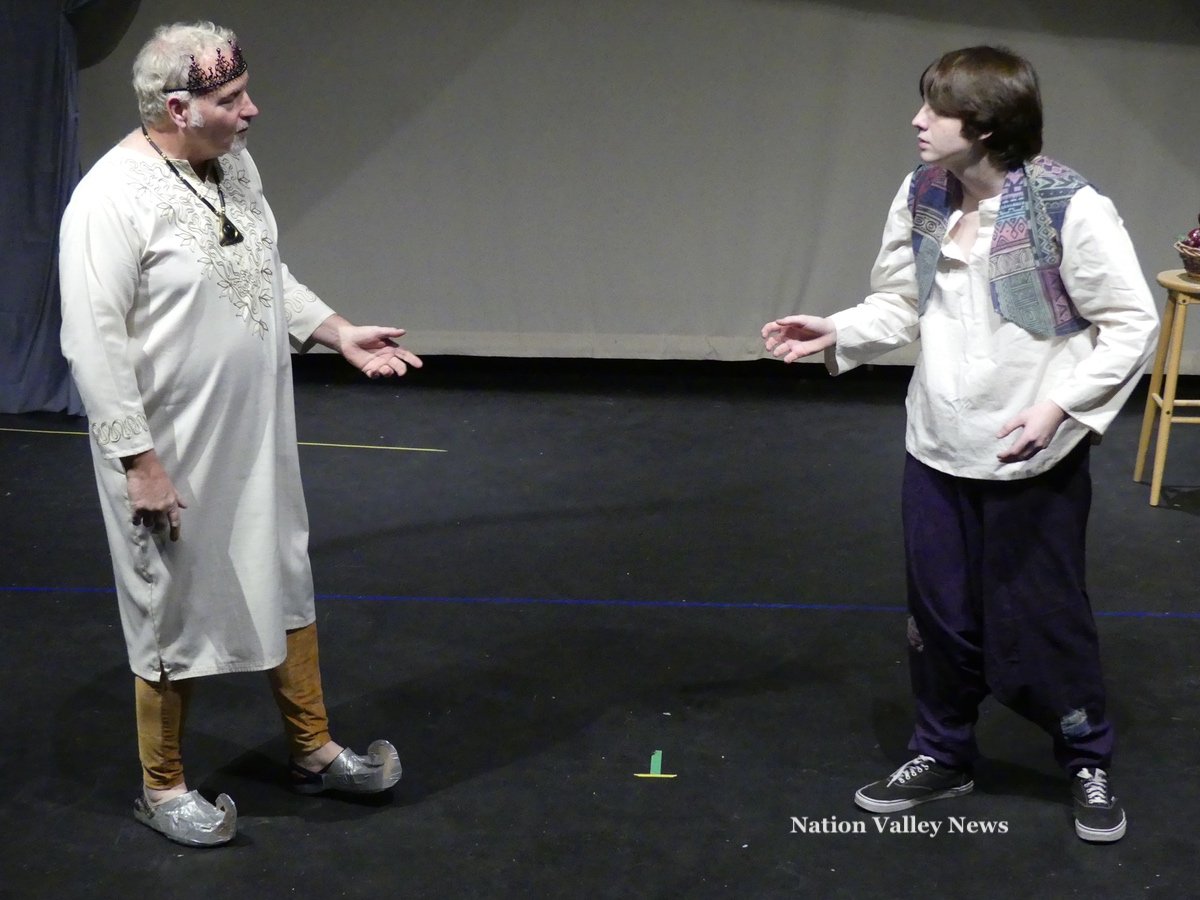 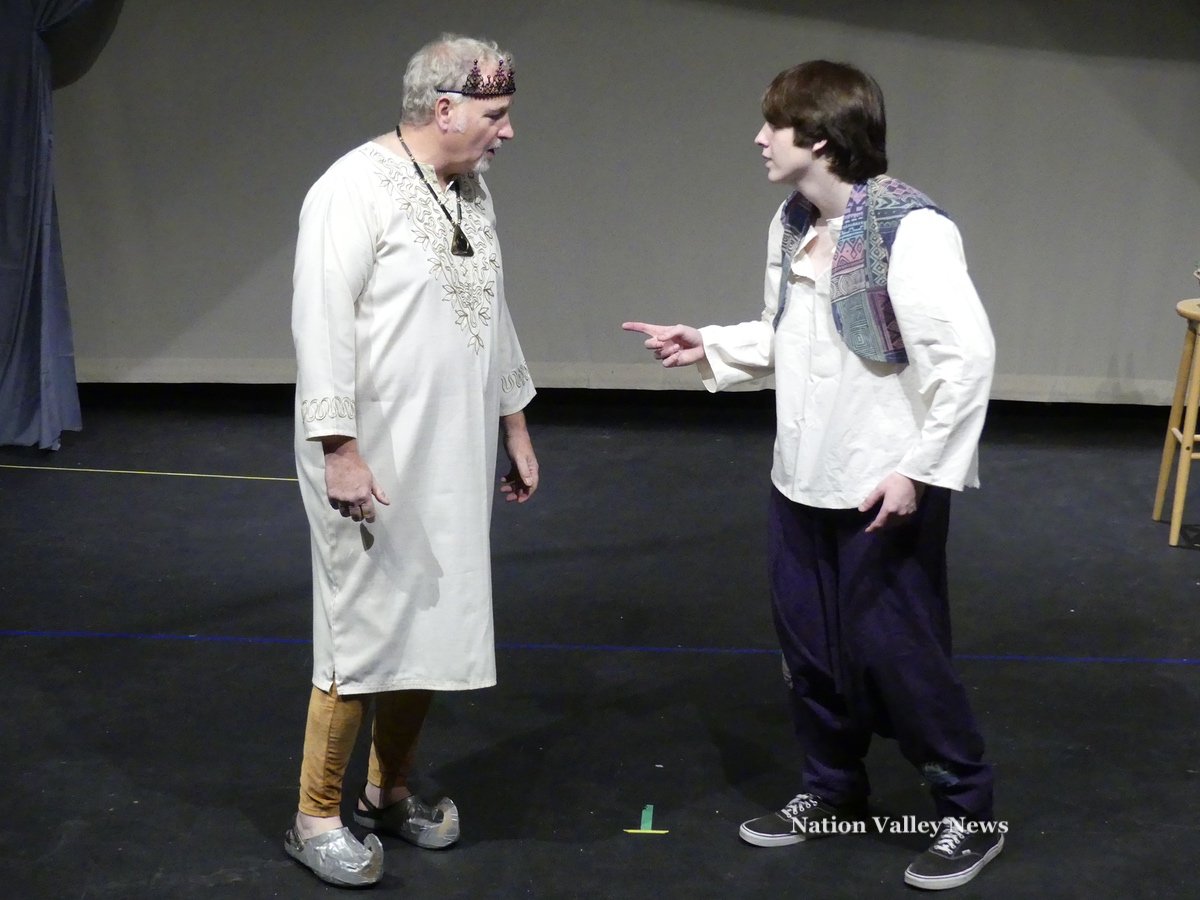 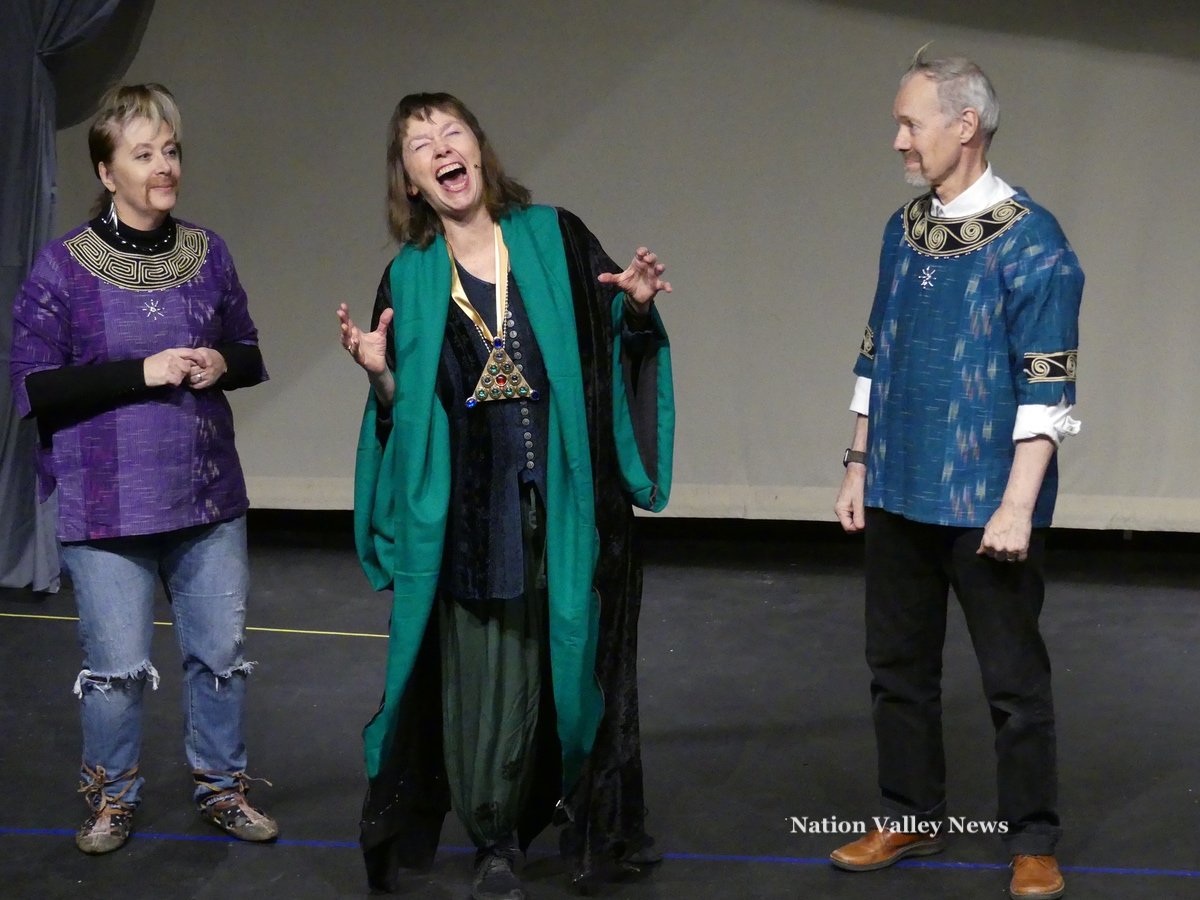 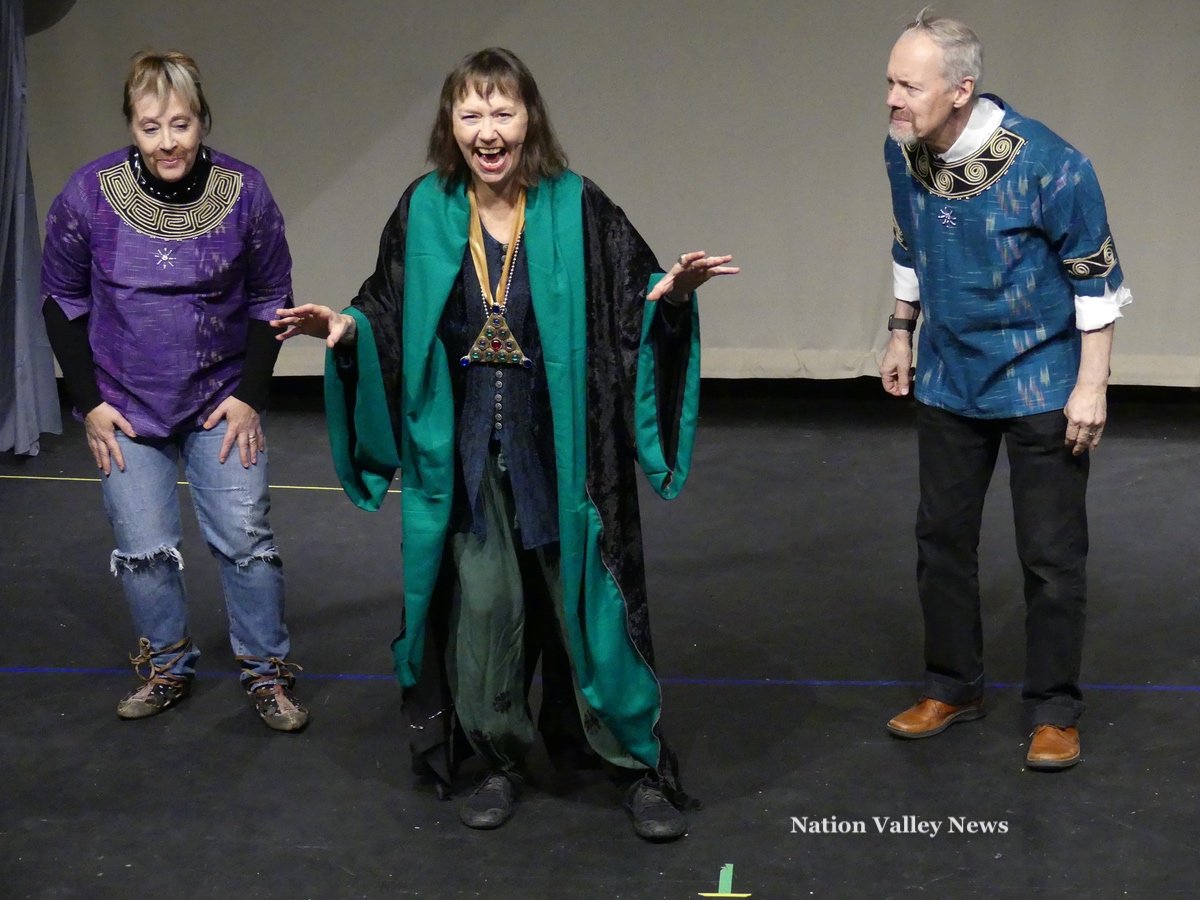 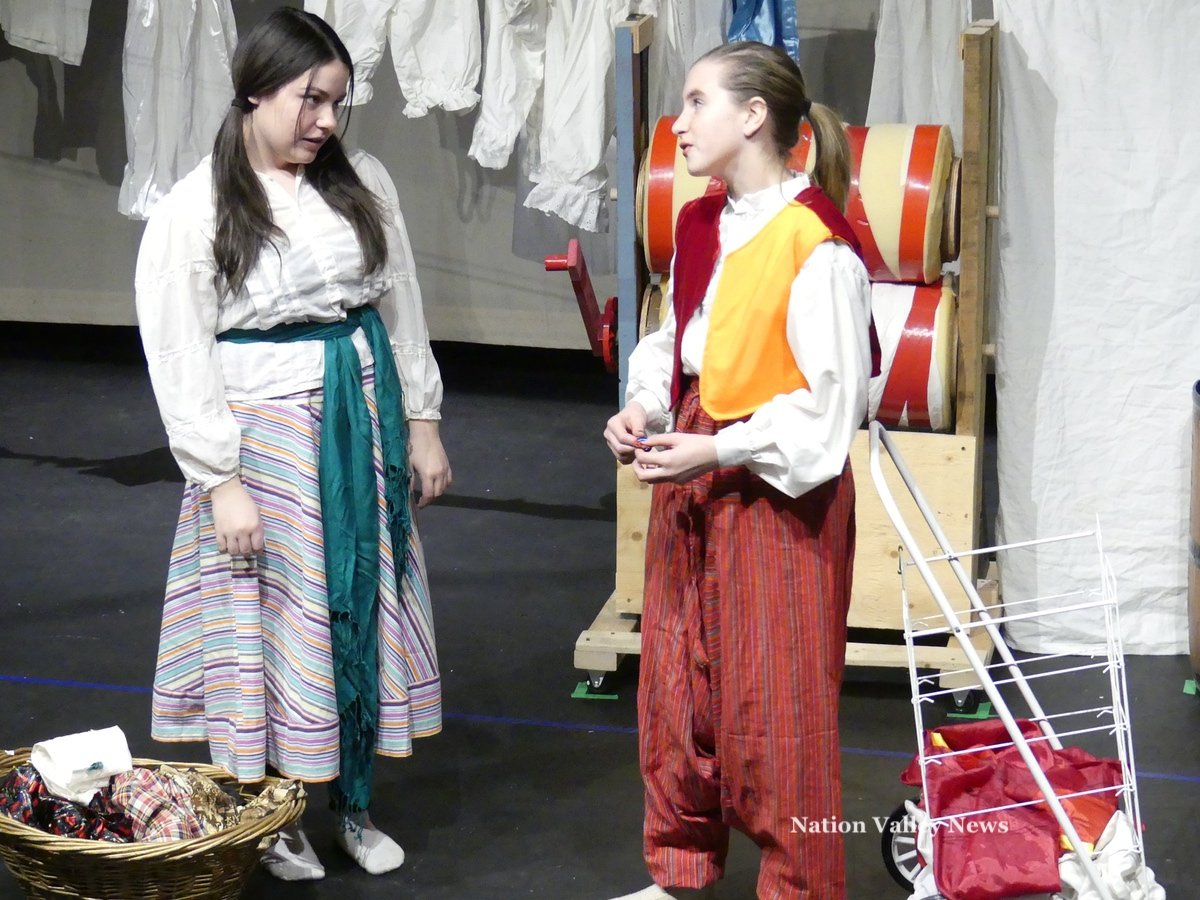 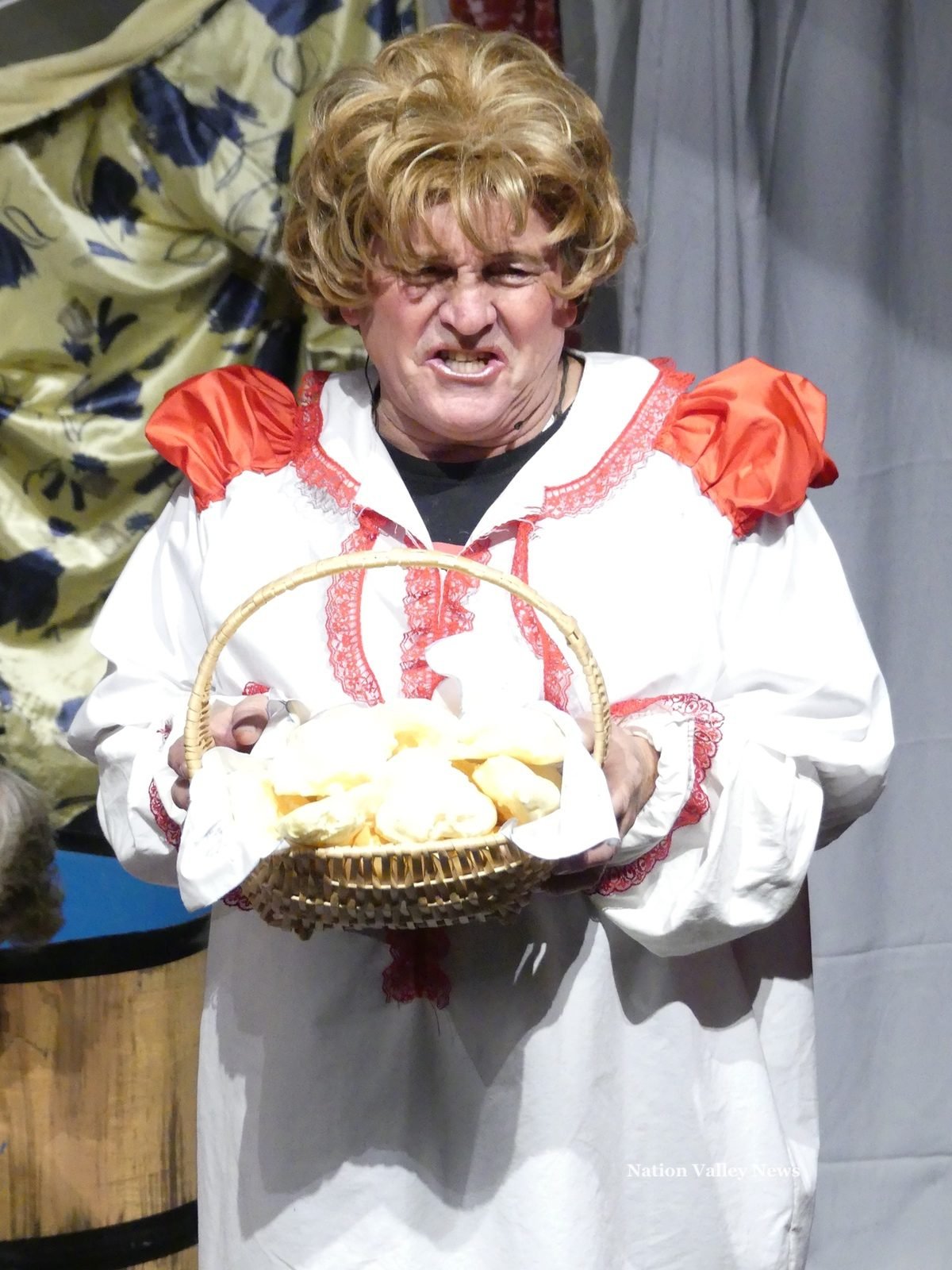