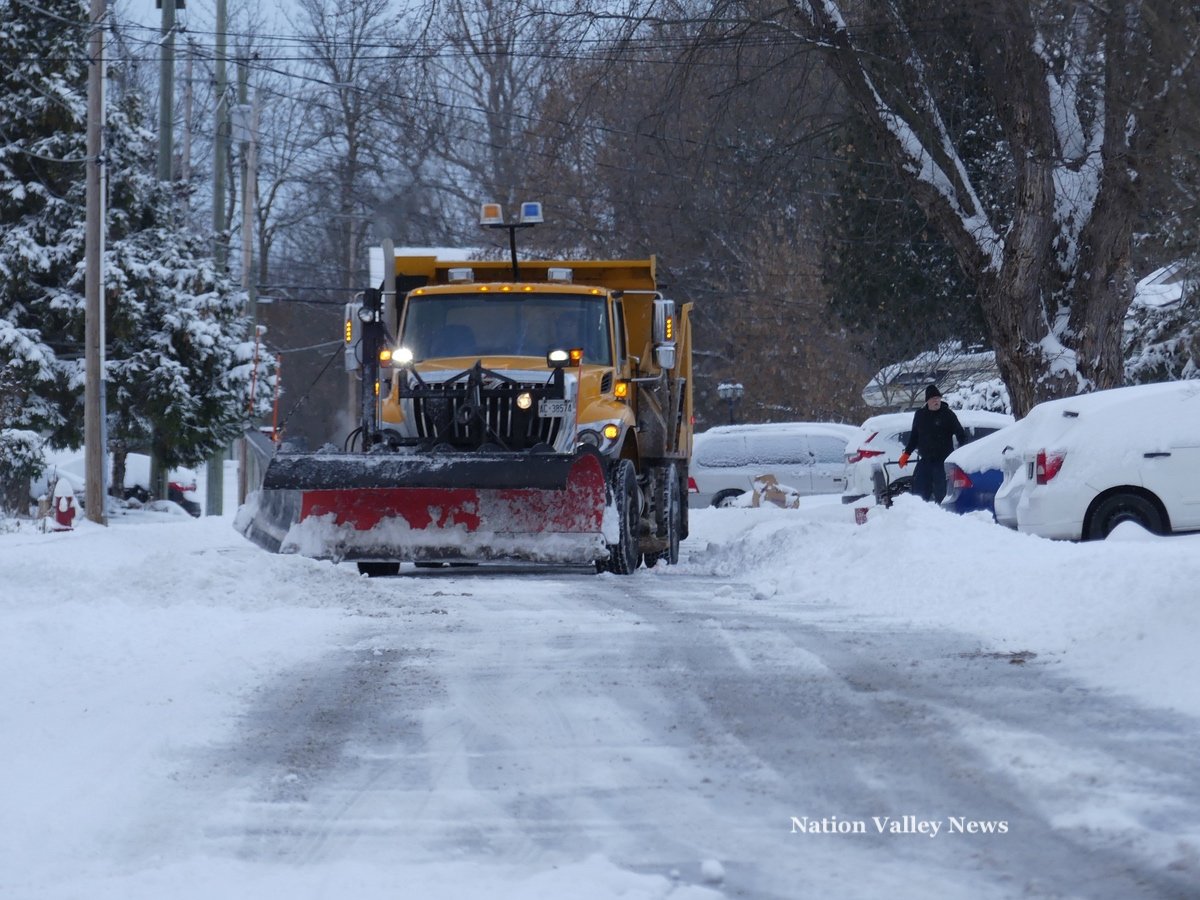 Above, a township plow truck on Mary Street in Chesterville, Nov. 12.

Update: All North Dundas plow trucks back in operation

WINCHESTER — North Dundas was trying to dig out this morning with two plow trucks in the township fleet out of commission. However, the “mechanical issues” that affected clearance operations have been resolved, returning the full complement of trucks to the road and the task at hand.

Mayor Tony Fraser apprised Nation Valley News of the return to full service after acknowledging, earlier this morning, that two trucks weren’t on the road. “That’s the word I’ve received from our public works department,” Fraser said at the time, also conceding that he had been “busy responding to complaints.”

The first heavy snowfall of the season dropped 10 to 15 cm on the area last night, prompting the cancellation of school buses this morning. Environment Canada is calling for the area to go into a negative double-digit deep freeze tonight.

This article was updated to reflect the news that North Dundas has resolved the mechanical issues that earlier affected its plow trucks.

Terra Brennan of Hallville provided this image of Kelso Street in the hamlet, where a North Dundas plow left a large mound of snow without going to the very end of the dead-end drive. Brennan’s residence was among three addresses left on the wrong side of the obstacle.

On this frigid, wintery morning, the view of the St. Lawrence River from the Morrisburg dock area. Zandbergen photo, Nation Valley News