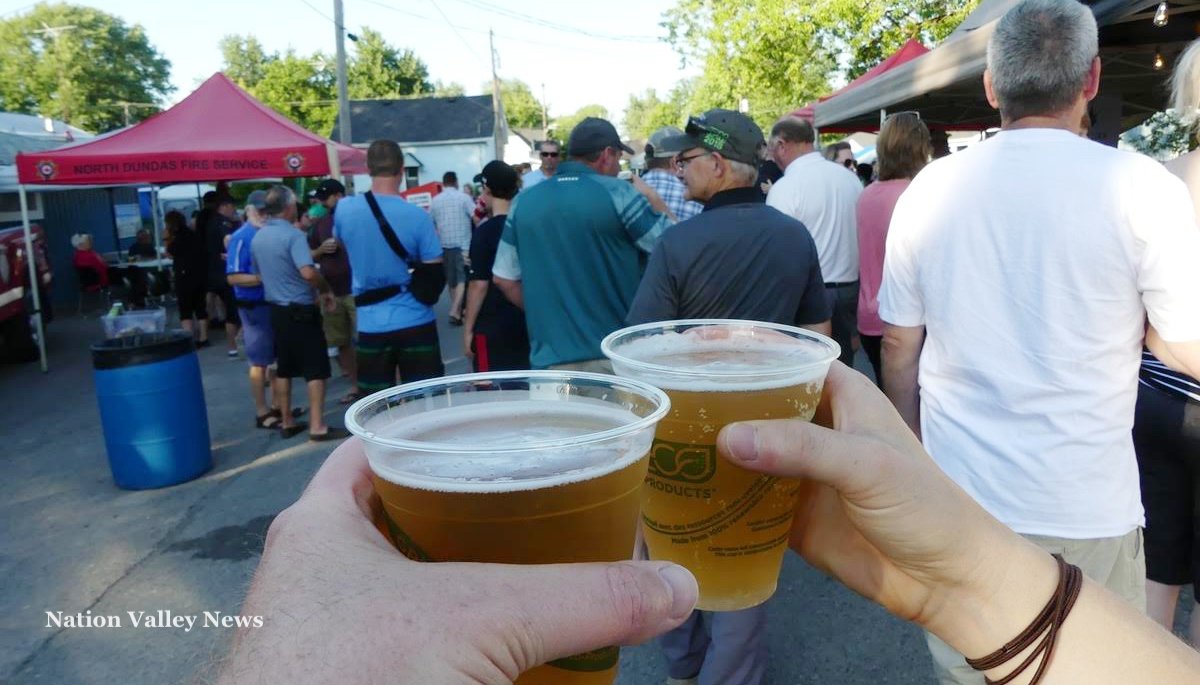 Above, revellers imbibe just west of Loughlin’s Store at the intersection of Reids Mills Road and Kerrs Ridge Road, during the July Meet Me on Main Street celebration in the community. The intersection is identified as eligible for a new LCBO outlet in a call for applications issued by the provincial body Oct. 30.

SDG — Entrepreneurs and shopkeepers in several SDG communities may be scrambling to apply for the latest wave of LCBO convenience outlets.

The eligible proprietors at specifically identified sites in places like Brinston, Hallville, Newington, Moose Creek and Apple Hill have until 2 p.m. Wednesday, Nov. 20, to file applications to the provincial booze overseer.  Also on the list are Glen Robertson, Glen Walter and Green Valley.

The LCBO issued the call Oct. 30 on the latest expansion of convenience outlets into places deemed underserved. Previously known as “agency stores,” such outlets have existed  for years at private establishments in some rural towns — Metcalfe, Spencerville, South Mountain and Finch among the long-time examples.

The Ford government revived the program earlier this year, aiming to roll out 200 additional outlets into approximately 200 small Ontario towns and villages by the spring of 2010.  A first round of eligible sites was announced last June, and those contenders had until June 25 to file their applications. The current eligibility list has some overlap with the first round; Glen Walter and Green Valley appear on both. Gone from the list, however, is Morewood, which was eligible in the previous round. It’s not immediately clear if that means a Morewood proprietor has been approved to add an LCBO convenience outlet to their place of business.

Brinston General Store proprietor Carol Fowler wasn’t aware that her shop was eligible to apply but was curious about the program. “I just don’t know if I’m ready to do it,” she offered, when contacted by Nation Valley News. “I had always been told I would never be able to get it because we’re between Iroquois and South Mountain,” she said. While conceding the addition of LCBO products would “pay,” Fowler also pointed to the upfront “cost of getting everything up and running” as a concern.

The proprietors at Loughlin’s Store in Hallville were out when called by NVN, but the bookkeeper who answered said she didn’t know if the store had applied for the LCBO outlet designated for that village at the intersection of Reids Mills Road and Kerrs Ridge Road.

Communities in Leeds and Grenville also appear on the current eligibility list, including Lombardy and Lyn.