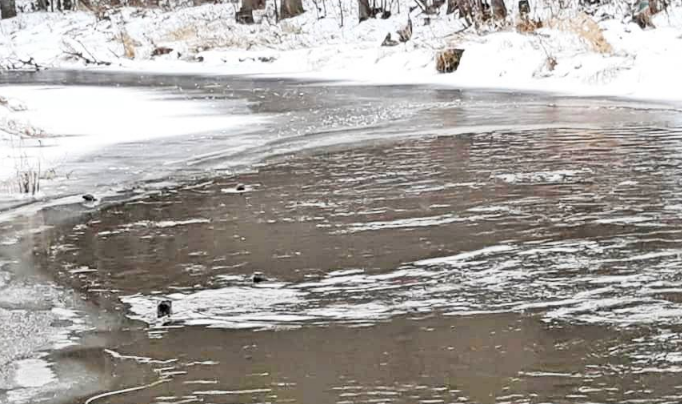 BRINSTON — A South Dundas resident caught a family river otters on camera as they swam in the South Branch Creek, also known as Black Creek, this week.

Pat Ault’s photographs show three or four of the mammals in the water near her home west of Brinston.

Although not often seen in the South Branch, “river otters are present and common throughout our South Nation Watershed and also in the St. Lawrence River area as well,” said South Nation Conservation’s John Mesman, adding the species is seen more regularly in the Castor River.
Area residents can otherwise get a close-up look at live river otters in the Brockville Aquatarium, which keeps a number of the animals on display as an example of St. Lawrence River wildlife.