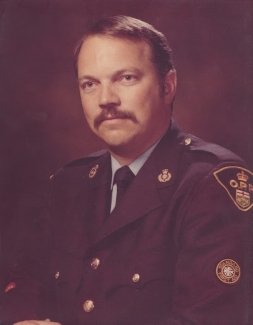 Friends may call at the Marsden and McLaughlin Funeral Home, Iroquois, on Friday from 11 a.m. until time of the funeral service at 2 p.m. A reception will follow at the Royal Canadian Legion in Iroquois. Donations to CHEO would be gratefully acknowledged by the family. Online condolences may be made at marsdenmclaughlin.com.