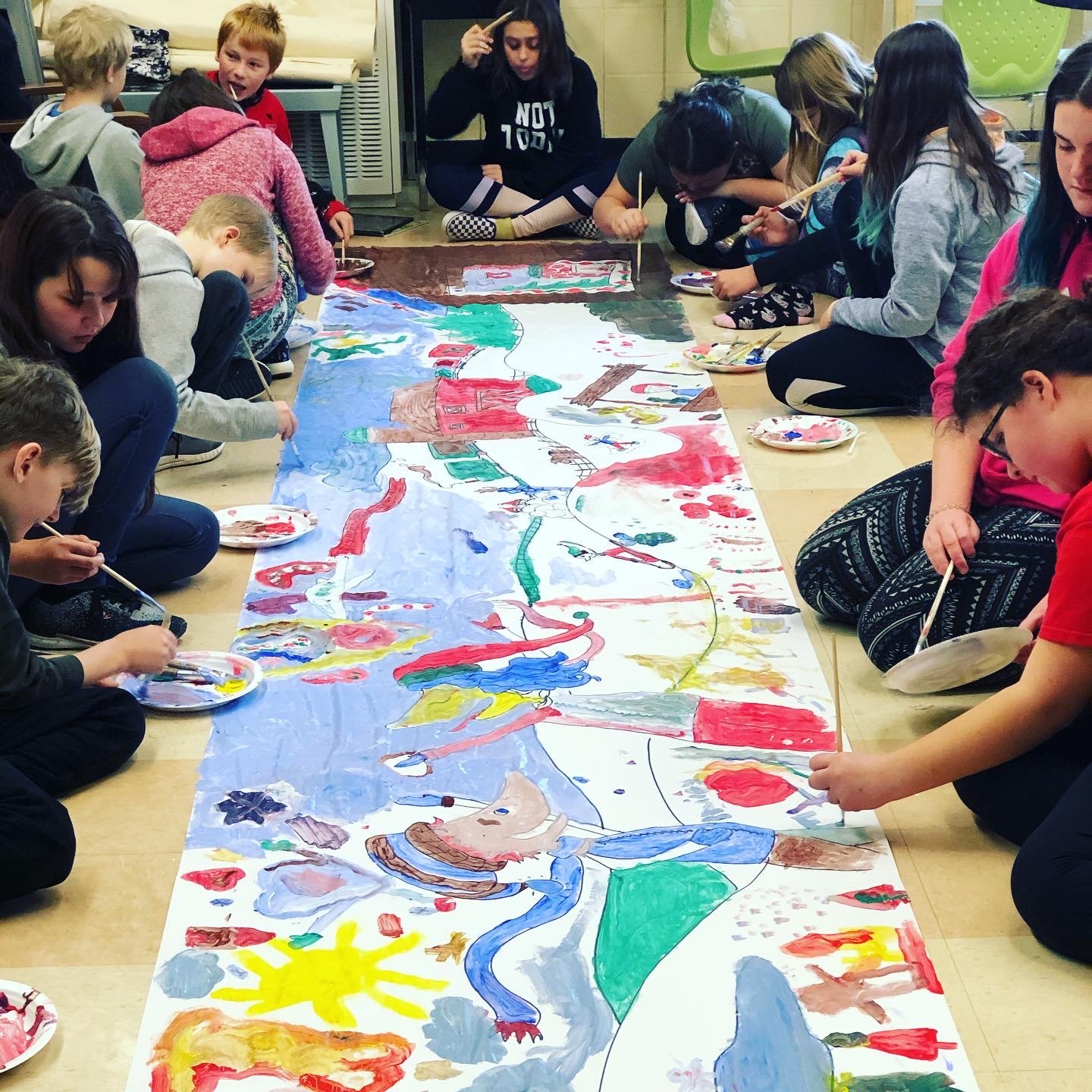 Above, students at Roxmore Public School painted a mural as part of their Change for Change fundraiser.

For the Change for Change fundraisers, students donated change to play games organized by teachers within the school. In advance of the fundraiser, there were classrooms discussions about the meaning behind the event and the true value of giving.

RPS students played games like “Do a Nose Dive,” a relay race that challenges students to pick up cotton balls with jelly smeared noses. In an event called Go Fishy, students used straws to suck up Goldfish crackers and move them from one plate to another. The fun also included balloon volleyball, French bingo, and various Minute to Win it games.

At ECPS, students played mini sticks and did obstacle courses, cup stacking, board games, Dance Revolution, bey blades and building with Lego. ECPS raised $1,000 during their event, while RPS generated $612. Proceeds will benefit the Upper Canada District School Board Champions for Kids Foundation (C4K) and the Children’s Treatment Centre (CTC) in Cornwall.

“It’s such a great thing for kids because they get to have fun and help organizations that help kids,” said Roxmore Public School Principal Silvia Speck. “That whole idea of paying it forward is so important. It builds character, and promotes generosity, and kindness.”

“It also shows students we value them and that they’re so important we have a special day for them,” said Ann O’Shea an event organizer at ECPS. “They also learn spare change can go a long way to helping others.”

This is the 13th year ECPS has held their event and it’s the first year for the event at RPS. Speck, who was previously a principal at ECPS, hopes this event will turn it into an annual tradition at RPS as well.