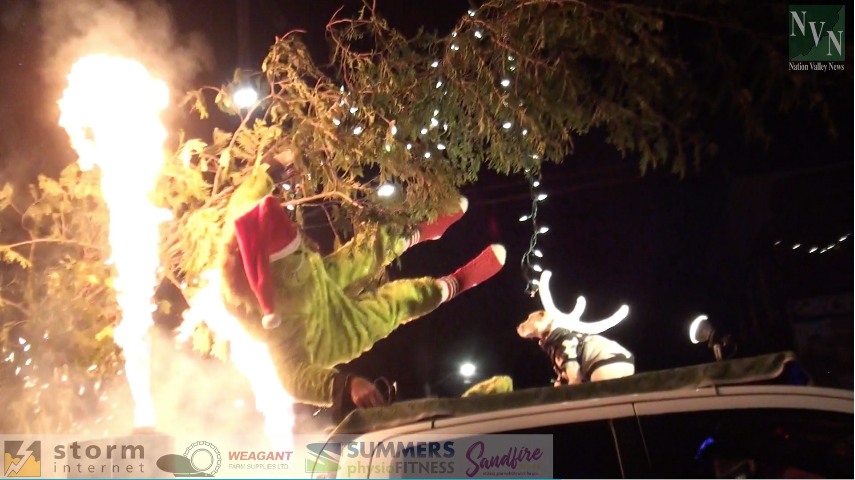 Above: A Grinch avoids a toasting aboard Joel Fawcett’s Top Notch Tree Maintenance and Removal float.

Below, video of Fries for Charity, an annual tradition coinciding with parade night in Winchester.

Below, Eric Duncan caught the parade atmosphere as well. The local MP and Winchester resident was out and about in the public and riding the float with North Dundas Council.

The most Canadian thing ever seen on a parade route was seen tonight in Winchester: a backyard party watching the parade, big bonfire & a huge projection screen of Hockey Night in Canada. pic.twitter.com/cEm5novHdE

Thanks to the wonderful staff at @DundasManor for this pic w/ my Aunt Verla last night before the parade. She’s been a resident for a few years & has enjoyed being in the parade on their bike each year. She was beaming from ear to ear as the Manor’s celebrity in the parade! pic.twitter.com/MmSz9HO2Dx