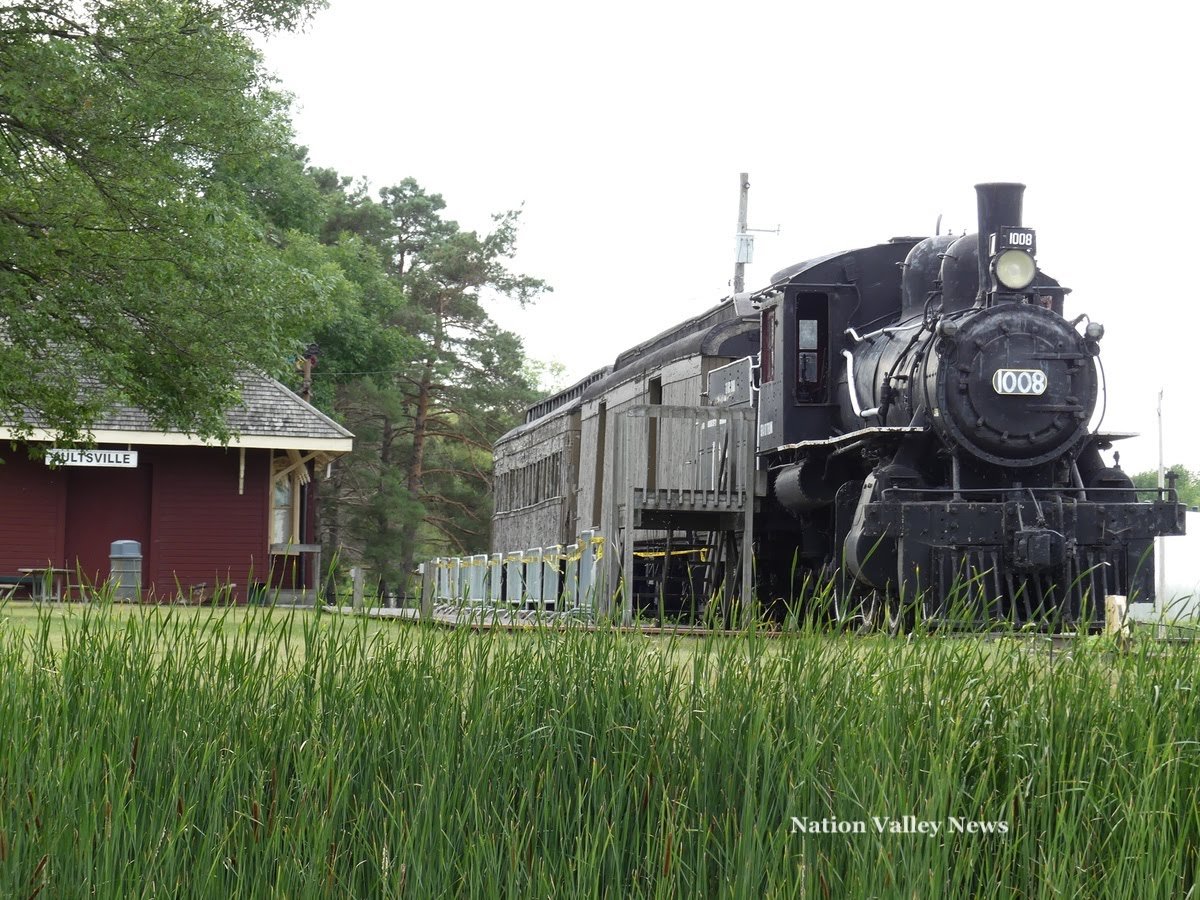 MORRISBURG — Talks are about to begin on keeping the vintage locomotive and attached cars at the entrance to Crysler Marina — as the St. Lawrence Parks Commission (SLPC) has selected the local Save the Train 2.0 Group’s proposal to save the display.

Though a final deal will depend on the outcome of the discussions, the SLPC is “hopeful” the train can be preserved where it sits.

Several weeks after the Oct. 4 deadline for entry, SLPC Chair Bob Runciman revealed today that the winning pitch from the Group, led by Gardner Sage and Jim Beckstead, has beaten out 10 other submissions of interest received by the provincial entity, which had raised local hackles when it put the deteriorating train’s future in doubt for the second time in two decades.

In an SLPC press release, Runciman says his organization will now “engage in discussions” with the Save the Train 2.0 Group about “this opportunity for local residents to keep the train in its
current location and maintain it going forward.” The board of the SLPC is “glad” at the selection, the Chair says, and “hopeful that the strong community interest and support shown to find a way to keep the
train, will result in long-term stability for the rail cars on that site.”

“I am pleased that the SLPC has made the commitment to keeping the train in the Municipality of South Dundas. I am confident that the Save the Train 2.0 Group will do an excellent job of rallying the community to bring the train back to its former glory to preserve local history and a landmark in the region,” said South Dundas Mayor Steven Byvelds.

A request for expressions of interest went out July 22. The losing contenders interested in the train included “invested individuals, organizations and community members,” according to the SLPC, which had been prepared to see the train removed from the tracks beside the Aultsville Station building west of Upper Canada Village.

Launched in the wake of that threatened loss, The Save the Train 2.0 Group seeks to refurbish the train through cosmetic restoration and long-term maintenance to prevent further deterioration. It now intends to form a charitable organization, “The Friends of the Grand Truck 1080.”

Brought to the SLPC site in the late 1950s, the train consists of a steam locomotive, baggage/refrigeration car and passenger car. While the train provides a representation of transportation in the region during the late 1950s, “it is not of the same style as the historic ‘Moccasin’ train that operated in Eastern Ontario,” the SLPC pointedly notes.

Full restoration of the train has been estimated at $1.1-million, but “no investments are required by the SLPC for this project,” it says.