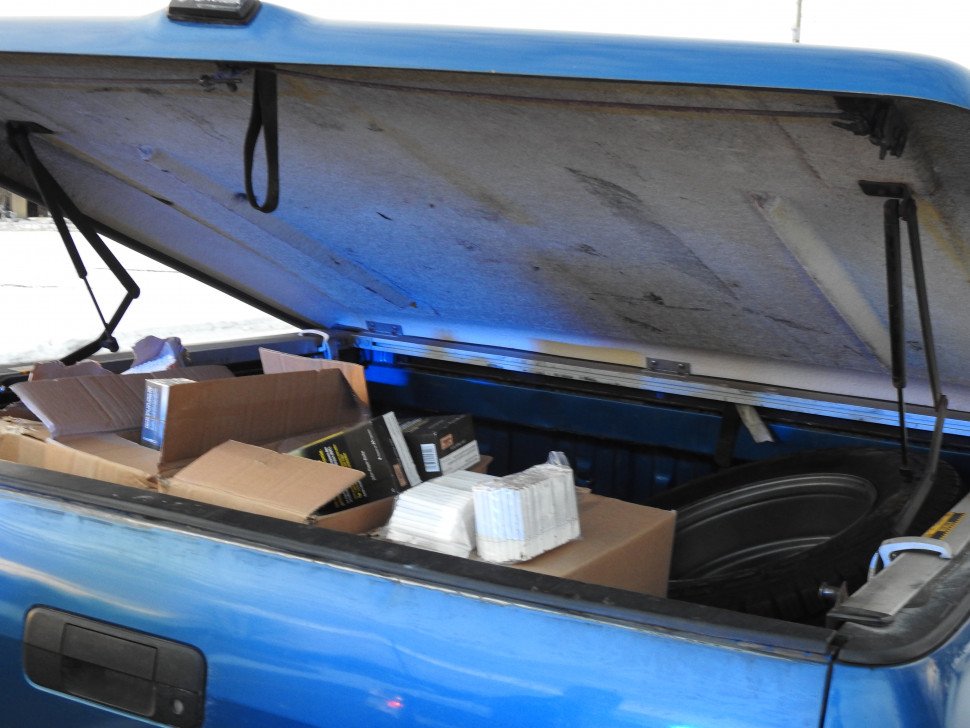 SOUTH DUNDAS — An 81-year-old Chesterville man was arrested Nov. 20 after the RCMP stopped and seized a pickup truck along with thousands of cigarettes and a “large amount of money.”

The RCMP’s Cornwall detachment pulled over the 2007 Toyota Tundra on County Road 31, South Dundas, on suspicion of transporting contraband cigarettes.

The detachment says a search of the vehicle turned up 28,200 and 4,400 cigarettes respectively not stamped in accordance with the Excise Act and the Ontario Tax Act. “The 28,200 cigarettes … did not have any federal/provincial tax paid on them, whereas the 4,400 had the stamps showing that the federal tax was paid but not the provincial tax,” explained RCMP Cst. Angélique Dignard.

Jack Graham Durant of Chesterville is charged with Possession of Unstamped Tobacco, under the Excise Act, according to the RCMP. He also faces charges under the Ontario Tobacco Tax Act.

The accused was released on a promise to appear Feb. 4, 2020 in Cornwall court.

This article was updated to clarify the difference in stampings on the seized tobacco in this case.