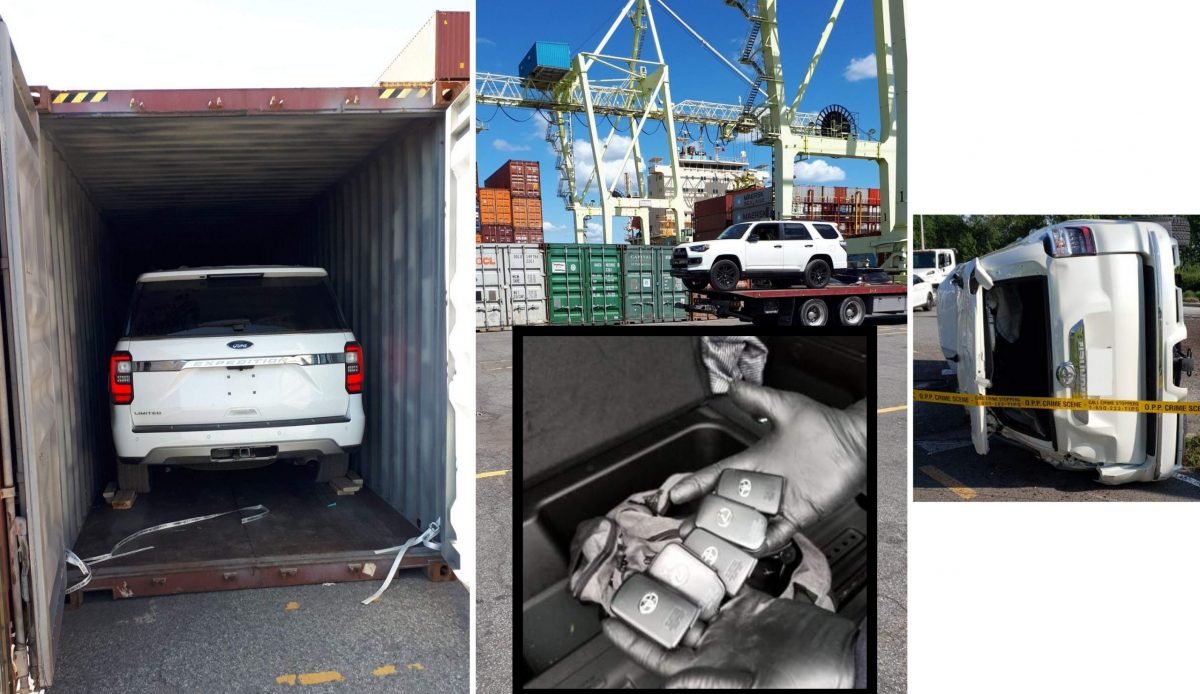 Above, vehicles and key fobs recovered as part of Project Shildon.

The thieves stole 497 vehicles throughout Central and Eastern Ontario and into Quebec, hitting individual owners and pulling off bulk heists at dealerships in Cornwall, Hawkesbury, Brockville, Ottawa and Ingleside. The Ford dealership in that last community, SG Wells, lost five pickup trucks in a brazen overnight heist in June.

Led by the Ontario Provincial Police, the multi-jurisdictional investigation — named Project Shildon — was launched in June 2019 in response to the wave of thefts that saw vehicles taken from both dealerships and residential driveways. The accused orchestrated “a highly organized operation with multiple people involved in each vehicle theft,” according to police, “with the goal of exporting the stolen vehicles in shipping containers overseas through the Port of Montreal.”

Africa was the final export market for the machines, which were stolen with the help of key-fob copying equipment used to breach the cars’ ignition systems. Police have seized such equipment as well as tools used to gain entry to the vehicles. Also seized during the course of the investigation were items stolen from the vehicles along with illicit drugs including methamphetamine tablets, MDMA, cocaine and ecstasy — along with cannabis and cannabis plants.

Ninety-seven vehicles were recovered before they could be shipped out.

“This investigation has disrupted a high-end vehicle theft ring spanning throughout Central and Eastern Ontario and into Quebec,” said Superintendent Bryan MacKillop, Director, OPP Organized Crime Enforcement Bureau. “We want to remind the public to take precautions when leaving their vehicles unattended including parking in a well-lit area or a locked garage when possible. There have been hundreds of victims affected and we, along with our partners, will continue to take action against criminals who victimize members of our communities.”

Those accused face charges for a combined total of 350 Criminal Code offences.