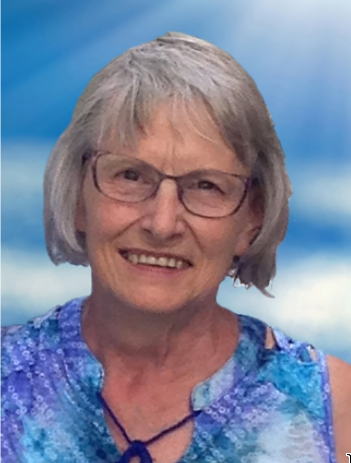 Peacefully at the Winchester District Memorial Hospital on Monday, December 16, 2019.  Florence Hoople (nee Perry) of Chesterville at the age of 77. Dearly beloved wife of the late Bill Hoople.  Loving mother of Roy Hoople, Jane Hoople, Wendy Hoople all of Chesterville, Nancy Hoople (Cory Greig) of Yarker and Roddy Hoople of Toronto.  Dear sister of Bill Perry of Belleville, Keith Perry (Terri) of B.C., David Perry (Linda) of B.C., Larry Perry of Stittsville and George Perry of Arnprior and sister-in-law Ruth Szini (nee Hoople) of Chesterville.  Sadly missed by her grandchildren Rianna and Keira Greig and by several nieces and nephews. Florence was an active 40 year member of the Chesterville Women’s Institute (also Past President), UCW member and active community volunteer. She was a recipient of the Paul Harris Fellowship Award in July 2004, and the Victorian Order of Nurses Volunteer “Caring for Life” Award in May 2006.

Friends may call at the Marsden McLaughlin Funeral Home in Chesterville on Saturday, December 21st from 1-4 p.m., then at Christ Church United in Chesterville on Sunday, December 22nd from 1 p.m until the time of the service at the Church starting at 2 p.m.  Donations to the Winchester Hospital, Ottawa Hospital Foundation or the Heart and Stroke Foundation would be gratefully acknowledged by the family.  Spring interment at the Tayside Cemetery, Moose Creek. Online condolences may be made at marsdenmclaughlin.com.