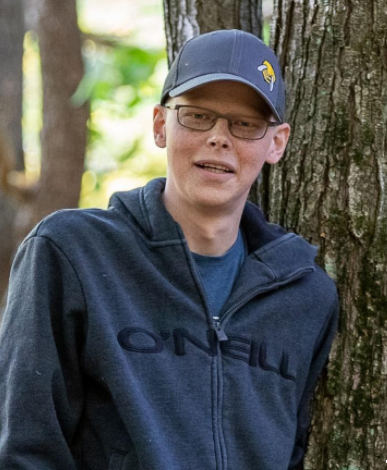 Peacefully at home on Sunday, December 22, 2019, Adam Vandemheen of St. Pascal, age 32.  Loving husband of Marie-Eve Hamel. Beloved son of Carol Vandemheen (nee Irven) of Morrisburg and the late Rene Vandemheen.  Dear brother of Alan Lynch (Kaylee Morrell) of Morrisburg and David Vandemheen of Chesterville. Predeceased by his sister Kristi Lynch.  Adam will be fondly remembered by his aunts, uncles, nieces, nephews and many friends.

Friends may call at the Royal Canadian Legion in Chesterville on Saturday, January 4th from 9 a.m. until time of the memorial service at 11 a.m.  A luncheon will follow. Donations to the Ottawa Regional Cancer Centre would be gratefully acknowledged by the family.  Online condolences may be made at marsdenmclaughlin.com.