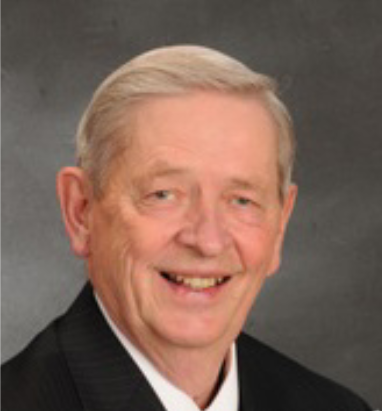 At the Ottawa General Hospital on Wednesday, December 25, 2019, Gary Price of Winchester, age 78 (from complications of ARDS).

Gary was born in Chesterville on February 28, 1941, to his parents Graham and Hazel Price. He worked at Nestle’s, the Kemptville College of Agricultural Technology and, after becoming a Stationary Engineer, he went on to become the national head of Premises Management at The Bank of Canada. When Gary retired in 2002, he and his wife Betty moved to Christie Lane in Winchester. He was a member of Winchester Curling Club and Knox Presbyterian Church in Mountain.

Gary was a devoted family man, who thrived on doing things for and with his wife, children, grandchildren, extended family or friends. An avid sports-lover his entire life, Gary was well-known in his community for many years as a softball player, coach or umpire, and a hockey referee. Later on, he became very active in curling and his family was always proud of his success in amateur competition.

Gary is survived by his wife of 60 years Betty, his daughter Kelly Price (Greg Stopay) of Stoney Creek, his son Hal (Vicki) of Smiths Falls, his grandson Ayden, his sisters Joan McIndoe of Victoria, BC and Cathy Price of Toronto, his brother Robert (Scott Williams) of Madoc and his very special young friends Tanya and Kyle Holmes of Winchester. He was
predeceased by his sister Wendy Brown and his brothers Raymond and Marty Price. Also survived by nieces and nephews.

A public graveside service will be held at Spruce Haven Cemetery in Brinston on Saturday, December 28 th at 2 p.m. Donations to the Lung Association or charity of your choice would be gratefully acknowledged by the family. Online condolences may be made at marsdenmclaughlin.com.