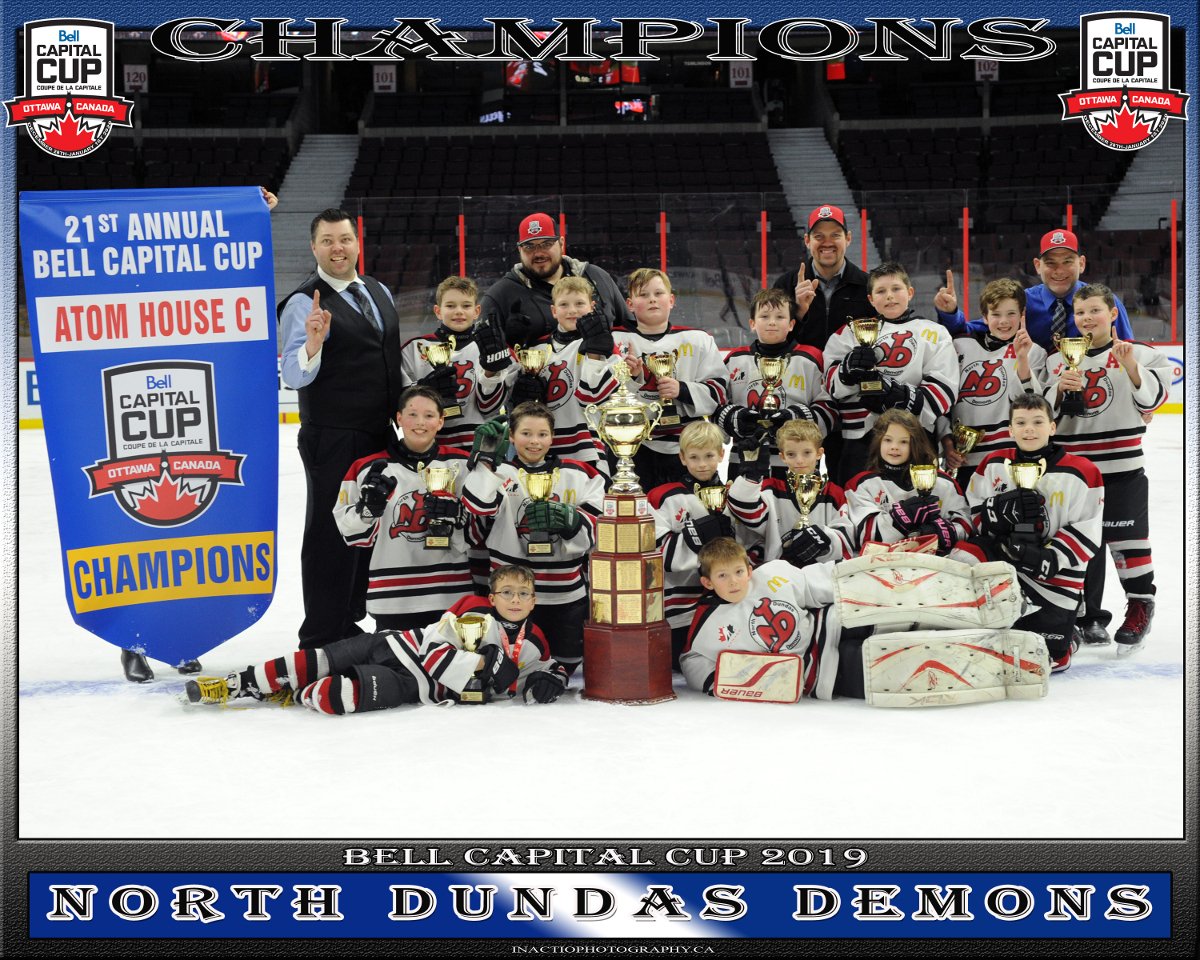 Above, the local winners pose after hoisting the Bell Capital Cup for the second time in two years.

The local squad stormed the Sensplex ice, beating all challengers in six games, including a 3-2 victory during the final against Loups de Collines. Aiden LeClair skated away as top scorer of the tournament.

The team was coached by Craig LeClair and managed by Leanne van der Zweep in their dominating performance at the 21st annual Bell Capital Cup tourney.