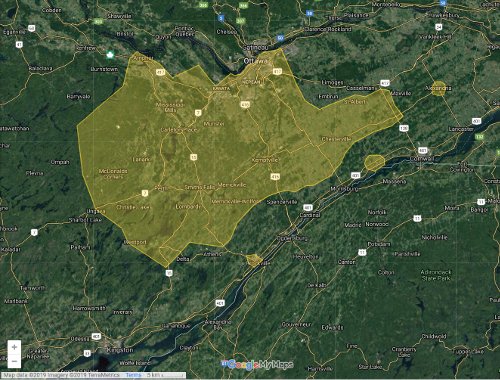 OTTAWA — Storm Internet Services would like to set the record straight after recent media reports of a broadband internet “gap” in Leeds, Grenville and Lanark.

“We’re very concerned that residents of those communities may have received the erroneous impression that Bell Canada’s planned entry into the fixed, wireless broadband marketplace represents the arrival of something that didn’t exist before and somehow fills a void,” says Storm Internet Services VP Operations and Sales Michel Lalonde.

“In fact, Storm Internet Services has been blanketing that region with wireless broadband service for many years,” adds Lalonde. “And our customers already enjoy speeds and performance leaps and bounds faster than the LTE service Bell Canada has yet to deploy.”

Bell has made a media splash by visiting local councils, touting its incoming service. At least one resulting news article has made the troubling reference to a broadband “gap” as a consequence.

“We welcome the competition from Bell, quite frankly,” says Lalonde. Storm’s wireless  network, he points out, supplies up to 20/5 performance to clients (20 Mbps download and — crucial for VPN users — a robust 5 Mpbs upload). By contrast, Bell’s LTE technology, he says, “can only provide 25/1” and is “nowhere close” to the ultimate 50/10 mandate being sought by the federal government.

The Storm VP also notes that local politicians have been rightfully concerned about the level of mobile wireless service in rural Eastern Ontario. These policymakers would do well, he suggests, “to ask Bell how piggybacking its new service onto its existing cellular LTE network won’t cause undue strain on that critical mobile infrastructure.”

In addition, Lalonde contrasts Storm’s cadre of local service personnel and support staff with those of the telecommunications giant. “There’s no doubt we’re superior on that score. We’re a local Eastern Ontario company, employing local people, and we service our clientele very, very well. It’s a key reason we’re still here and thriving after almost 25 years in business.”

As one of Ontario’s leading rural internet service providers since 1996, Storm has focused on continuous innovation and customer-driven service and support that consistently exceed expectations. Storm serves both residential and small-to-medium sized business customers in Ontario and Quebec and provides high-speed internet access across 8,000 square kilometers of the Ottawa Valley and beyond.