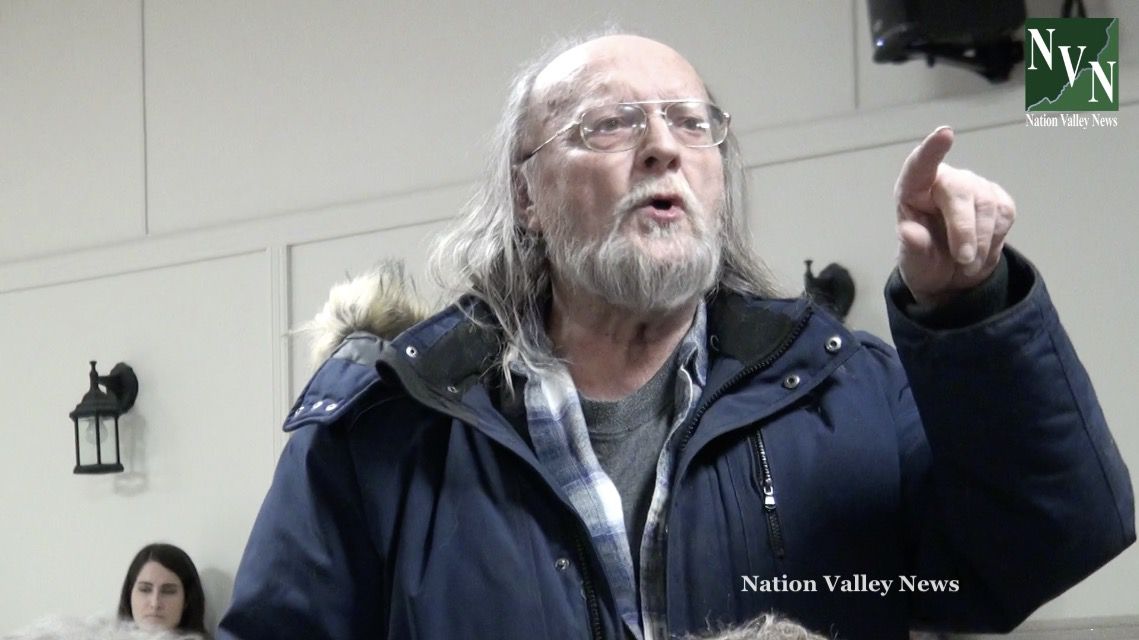 SOUTH MOUNTAIN — Residents here were told in no uncertain terms that their Scotiabank branch will close this June — with a “full service” ATM to be left behind at an as yet undecided location in this rural North Dundas village.

“The decision is final,” said Martine Laviolette, Scotiabank St. Lawrence District Vice President, multiple times and with as much gentle finesse as possible as she faced a large audience that gathered to pepper her with unhappy questions at the South Mountain Agricultural Hall last night (Jan. 29).

See the video below for most of the proceedings at the Scotiabank closure meeting in South Mountain.

Laviolette also repeatedly referred back to the bank’s 100-plus-year history in South Mountain as evidence of Scotiabank’s caring for the community. “And we have been the last bank quite some time, too.”

Scotiabank announced last month that it will shut the South Mountain branch, effective June 18, with accounts to be transferred to Kemptville unless customers make other arrangements.

Local farmer Norm Tinkler, in a final impassioned comment from the floor, informed the murmuring audience that Scotiabank backed down from closing the Maxville branch several years ago because that village is home to MacEwen Petroleum. “They [MacEwen’s] said if they didn’t stay open, you wouldn’t have their account,” said Tinkler to the Scotiabank rep, answering the question as to why Scotiabank reversed its decision in that case.

“I’ve been banking at Scotiabank for 65 years, my dad banked there, my son is banking there. And you just come in and say, ‘We’re closing without comment or question.”

Tinkler added that he “borrowed millions of dollars from the Bank of Nova Scotia in South Mountain, and I paid it back with a lot of interest, but that doesn’t matter [to Scotiabank].

“I just figured when I walked through the door … that the answer would be, ‘It’s closed and that’s it,’ but it’s a crime that you’re closing that bank,” he concluded.

In response to another question from the floor, Laviolette said that Scotiabank has “no plans” to close its Chesterville branch.