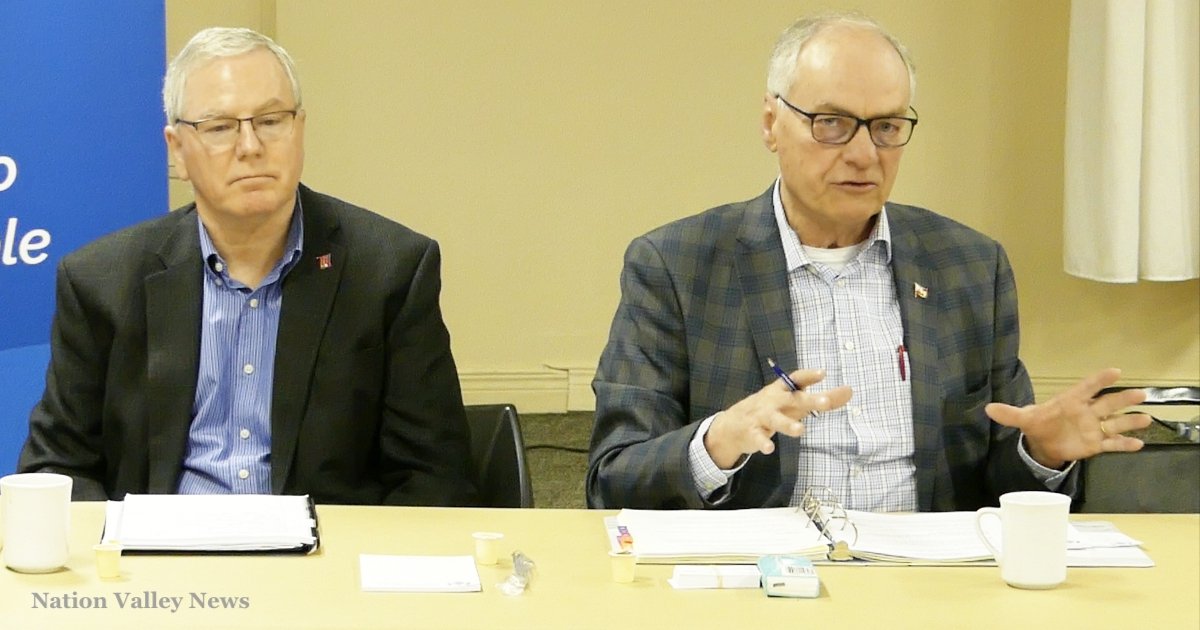 BONVILLE — In the Ontario of 2020, farmers put as much or more “food on the table” as the carmakers do.

Agriculture’s relative ascendance alongside the auto industry’s decline was snapped into focus by MPP Randy Pettapiece, one of the parliamentary assistants to the Ford government’s Agriculture, Food and Rural Affairs minister.

“Agriculture, I think we all know, is very important to Ontario as a whole. It’s a huge economic driver. I understand that it’s passed the car business now, and people have to eat and people around the world have to eat,” said Pettapiece, serving as Minister Ernie Hardeman’s parliamentary assistant on the Rural Affairs side of the portfolio, during a Feb. 11 roundtable session at the Bonville Lions Hall.

“We think that rural Ontario can be the place for expansion as long it’s done right, and we have the infrastructure in place, and it will attract people at some point,” said the Perth-Wellington MPP, flanked by local MPP Jim McDonell during the confab with civic and farm leaders. “We just need to get attitudes changed a little bit and ask those people what they need, too.”

Asked for clarification on the state of Ontario’s auto manufacturing sector in comparison to agriculture, Pettapiece explained for Nation Valley News: “The economic benefit of agriculture is now equal or surpassed the car business in Ontario, in the economic impact. And you can understand, we’ve had a number of car plants close, GM’s closed down [in Oshawa]; we’ve lost some in Windsor.”

He noted the improvement in crop yields and genetic developments since his childhood that have allowed corn and soybean cropping to extend much more broadly around the province, beyond the Essex County of his youth. “It’s more of a driver of the economy because of these things…. Agriculture has changed  over the years, and I think that’s why it’s grown so much as an economic driver of the economy.”

The visit followed a similar meeting featuring Hardeman himself last week. While that session dealt with reining in protesters and activists who target farms through Bill 156, the minister’s parliamentary assistant focused on gathering input about measures to improve rural economic development.

Subjects raised by the participants included the need for more gas lines and better internet and cellphone coverage in the region, along with improvements to the process of developing affordable housing.

“And we talked about red-tape reduction but it takes time, they say,” reported North Dundas Mayor Tony Fraser. “We’re treading water, and how long can we tread water?” added Fraser, who also pointed to the promotion of agri-tourism as another concern.

“These things will all be put together to help the minister certainly determine the kind of direction we want to go in, to make rural Ontario more prosperous,” Pettapiece said in his closing remarks.

“It’s important that we listen and learn from people where they live, work and play, and understand what is important to them so that we can make the best informed decisions possible and find ways to support, stimulate and strengthen economic development that will enhance and grow vibrant rural communities,” said McDonell of Stormont-Dundas-South Glengarry.

The event was the third in a series of eight roundtables announced last month by Hardeman at the Rural Ontario Municipal Association conference in Toronto. The schedule had his emissary due later today in Ottawa and Burk’s Falls tomorrow.

As part of the tour, the Ford government has been highlighting provincial support in rural Ontario such as:

The government says rural communities are “at the forefront” of its “Open for Business, Open for Jobs Strategy — to help ensure these communities can improve their competitiveness, attract investment and create jobs.”