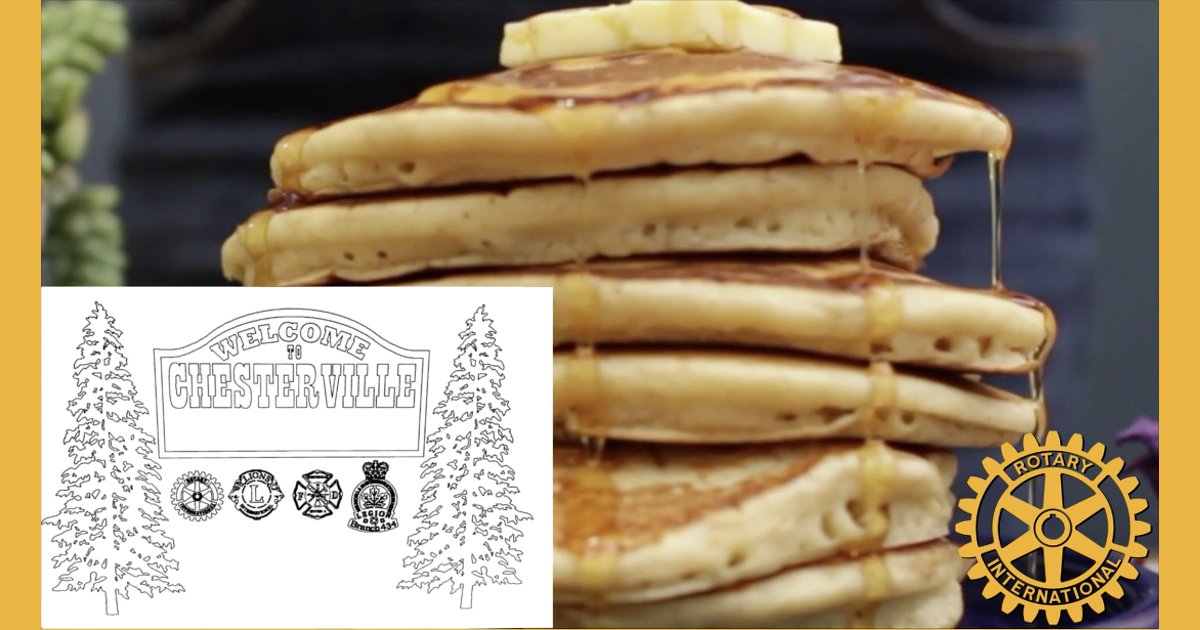 The Rotary Club of Chesterville is reviving this community tradition, 4:30 to 6:30 p.m. on Feb. 25. It’s going to be a real treat, with local maple syrup provided by Grampie’s Sugar Shack as well as unique maple cotton candy from On the Bend Sugar Shack.

The event also features a silent auction with four donated miniature replicas of maple sugar camps, made by Lori Dubois, going up for bid as featured items. Two iron maple leaves — like those adorning the street lights of the village in another Rotary Club project — are included in the auction, along with a maple-leaf-shaped waffle iron.

To complete the sweet maple theme, three local syrup producers will sell syrup and honey on the premises.

Children will enjoy crafts set up for the occasion as well.

Proceeds will help kick off a new $15,000 Rotary Club fundraiser that aims to replace three missing Village of Chesterville signs (previously located at each of the village entrances where empty flowerbeds now sit). A new all-steel design has been selected.

The proposed village sign design, to be made out of cut-out steel by Industrial Stainless in Chesterville and installed at three sites leading into town: at the corner of County Rd. 43 and County Rd. 7; County Rd. 43 and Queen Street West; and County Rd. 7 and Loucks Rd. 7. Each of those spots originally had a Chesterville, as recently as 10 years ago, but have since disappeared. It’s believed one was hit by a vehicle, another was burned by vandals, and the other was taken down at some point.

Click here to reach the official Facebook event and show your interest in attending. See associated event video below.