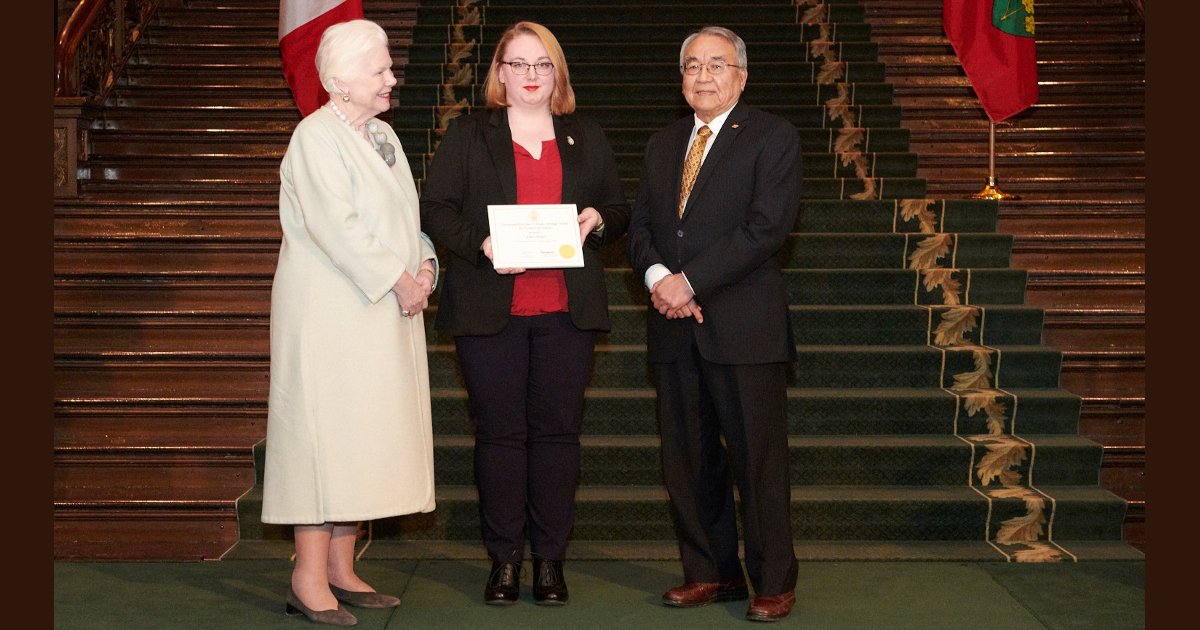 TORONTO — Local university student Ashley Harper’s passion for history has landed her a scholarship and recognition in the provincial capital.

The honourifics for the Winchester resident and graduate of North Dundas District High School took place during a Feb. 20 ceremony at Queen’s Park where she picked up the Lieutenant Governor of Ontario Heritage Award for Youth Achievement and the Young Heritage Leaders Scholarship — a $3,500 sum sponsored by Canada Life.

The Queen’s representative in Ontario — Lt. Governor Elizabeth Dowdesdell — was on hand to personally deliver the award to Harper at the Legislative Building.

A director with the St. Lawrence Branch of the United Empire Loyalists’ Association of Canada since 2018, Harper also serves as immediate past president of the Chesterville and District Historical Society. Now studying history at Carleton University, the recipient has worked in numerous local museums such as the Carman House Museum in Iroquois and the Sir John Johnson Manor House in Williamstown — both strongly connected with the region’s Loyalist history. Harper herself is a descendant of Loyalist William Crowder Sr.

The United Empire Loyalists’ Association of Canada promotes the history of the Loyalists — the men and women who remained loyal to the British Crown during the American Revolutionary War (1775-1783). The St. Lawrence Branch, which covers the Ontario counties of Stormont, Dundas and Glengary, says it “heartily” congratulates Harper on the “significant achievement.”