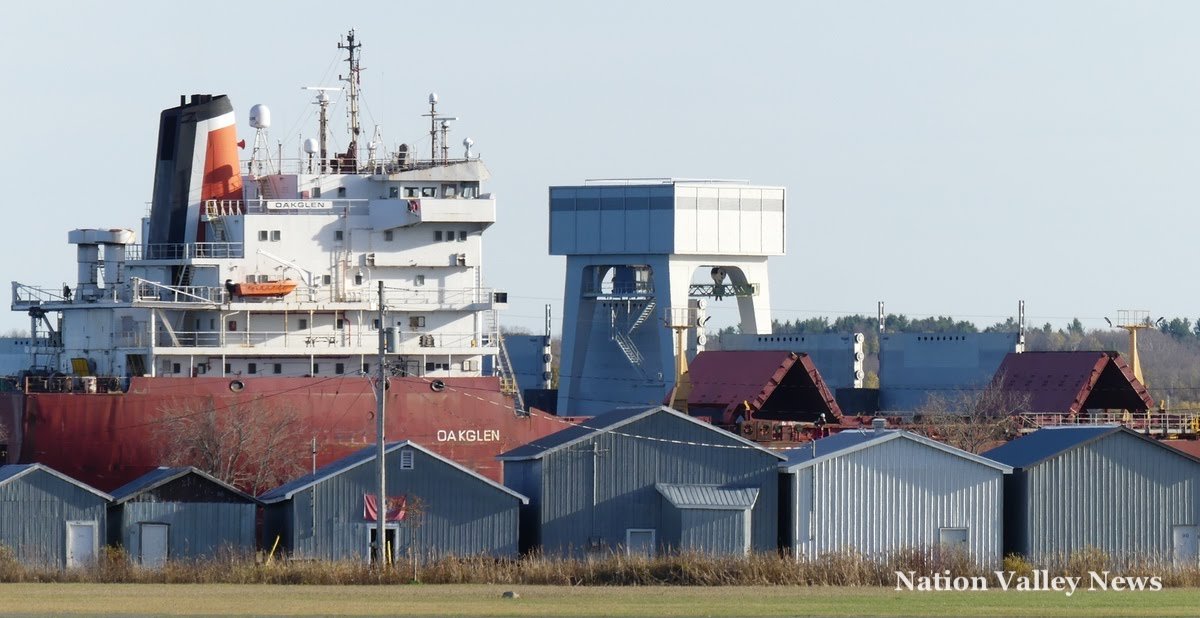 Above, a freighter approaches the Iroquois Lock at the west end of Lake St. Lawrence, in 2018. Zandbergen photo, Nation Valley News

MORRISBURG — Expect low levels on the St. Lawrence river in front of Dundas and Stormont counties to persist until at least the end of the month, as the International Lake Ontario-St. Lawrence River Board drains as much water as possible out of a high Lake Ontario, even delaying the start of the 2020 Seaway shipping season until April 1.

Faced with elevated levels on the great lake, the Board agreed in late February to postpone the opening of the Seaway by 12 days to accommodate higher flows and corresponding drop in levels on Lake St. Lawrence (aka the section of St. Lawrence River between Iroquois and Cornwall).

“Yes, Lake St. Lawrence levels are expected to be very low leading up to the opening, but they aren’t expected to be record lows,” says Robert Caldwell, the Board’s Canadian Secretary.

The Board has also announced a “low” possibility of continuing those high flows — set at the Cornwall dam — through April 15. It was not immediately clear if this would further delay the start of the shipping season.

It may seem counterintuitive, but the faster the flow out of a high Lake Ontario, the lower the water level on the shorelines of South Dundas and South Stormont along Lake St. Lawrence. (See animation below).

When Lake Ontario is high, Lake St. Lawrence goes low as authorities draw the excess off the great lake. It’s a 1 to 15 ratio, i.e. Drop the big lake by one inch and it drops Lake St. Lawrence by 15 inches. The clip here demonstrates the effect.

The Board has been draining Lake Ontario at record flows since the beginning of the year, without which “water levels would be even higher than they are currently.” The international entity “urges everyone to be prepared to live within the full range of levels that have occurred in the past and of those that may occur in the future.”