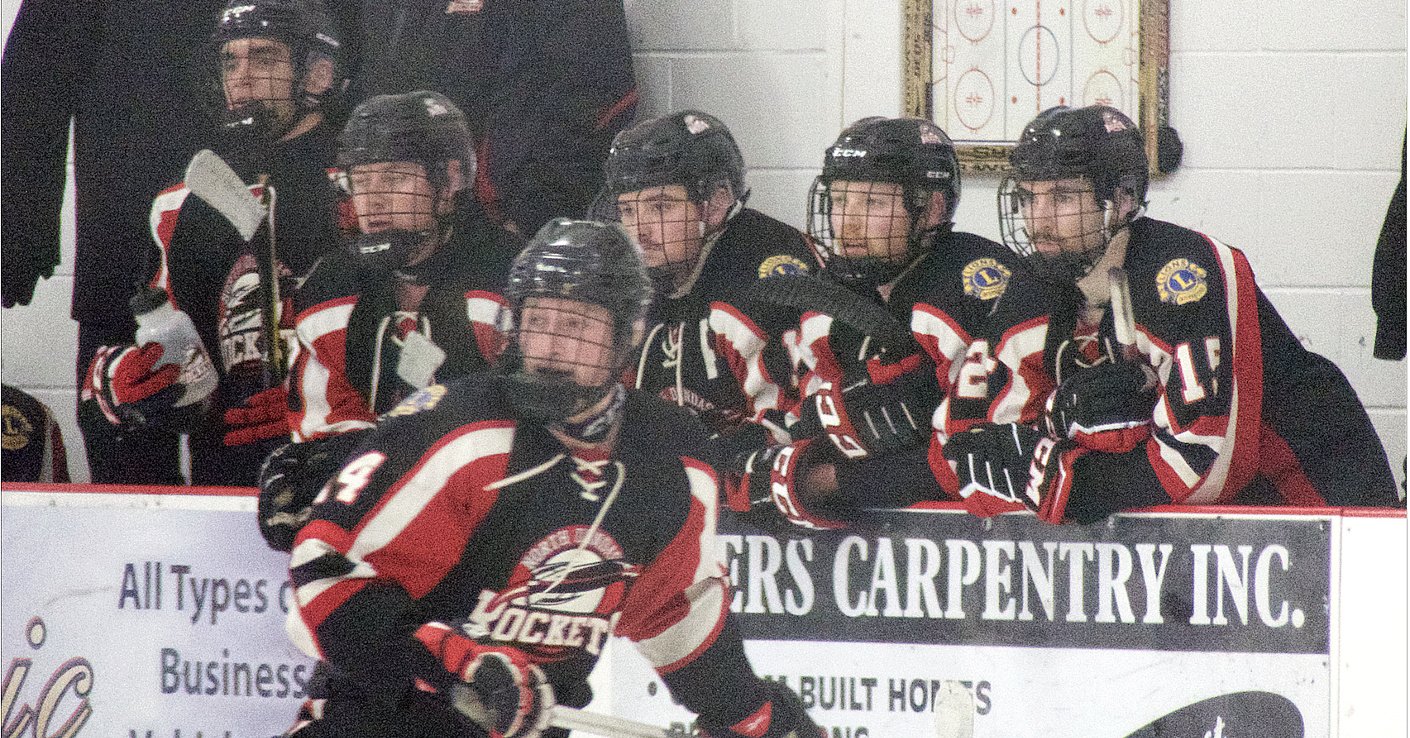 Above, the North Dundas Rockets bench in their second-last game of the first playoff round. The team enters the first game of the second round tonight. Zandbergen photo, Nation Valley News

CHESTERVILLE — The North Dundas Rockets sent the Clarence Castors up the creek and out of the playoffs with a 6-3 win over their first-round rivals during their Game 7 matchup on Thursday.

The Rockets now move on to their second-round playoff series, facing off tonight against the Bytown Royals in Chesterville. Puck drops at 7:30 p.m.

The local squad had been itching to defeat the Castors at last Wednesday night’s home game, but the visitors ultimately grounded the Rockets 4-1, tying up the series 3-3 and delaying the final outcome until the following evening.