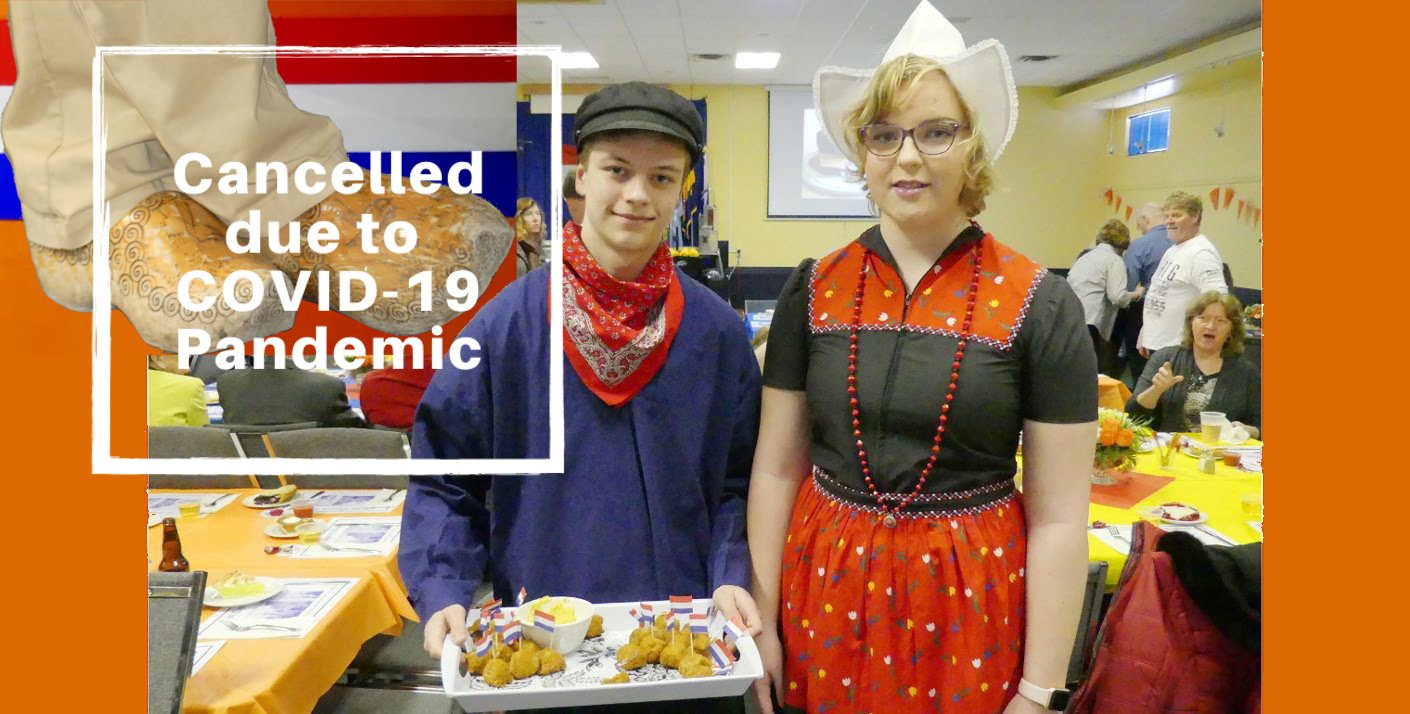 Update: Organizers say they have cancelled this event because of the COVID-19 pandemic — hopefully to return next year. Those who have bought tickets will be reimbursed.

Dance the night away — with or without klompen

CHESTERVILLE — You can’t keep the Dutch down.

While it appeared last year’s annual Dutch Heritage Day dinner and dance in Chesterville would be the last, the 16th edition steps forward April 4th at the Legion — and once again, with or without klompen.

A new committee has come forward to carry on the tradition — though it still involves stalwart organizer Ruth Gilroy.

“Without them [the Dutch immigrant families] we wouldn’t be functioning here in the United Counties,” says Gilroy, spearhead of the event since it started. It was during Gilroy’s term as Chesterville Rotary Club president that she proposed the special evening, back in 2005, as a way of holding a locally significant occasion coinciding with Rotary International’s 100th anniversary. Sponsored by the local Rotarians, the event acknowledges the positive impact of this area’s Dutch-Canadian community — whose families largely arrived after the Second World War, many of them making their presence felt in the farming and business sectors through the years.

As many as 170 people are expected to attend the upcoming event at the Chesterville Legion — not all of them Dutch, either.

Whether their shoes be leather or wooden, partygoers can take their fancy footwork to the dance floor where DJ Jamie Shadbolt cues up the tunes, 8 p.m. through midnight. The gezellig atmosphere evokes the Netherlands, as the Legion Hall is always decked out in Dutch colours and heraldry in homage to the old country.

Listen to the pronunciation of ‘gezilligheid’, below.

Funds raised will go to a charitable cause in the community, yet to be determined.