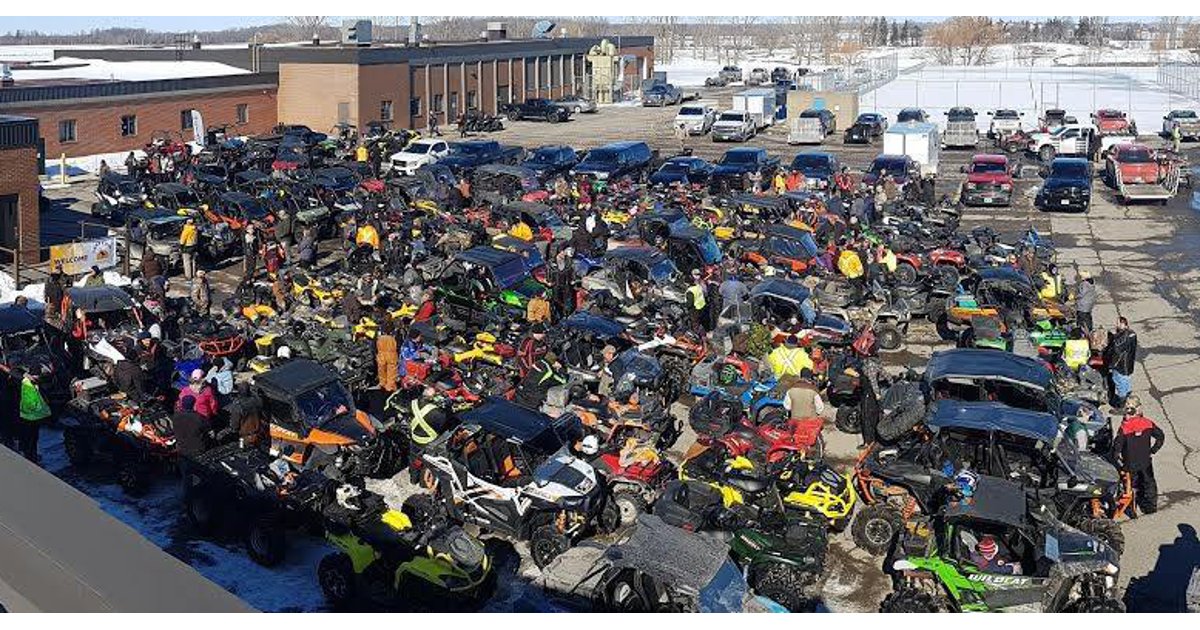 Above, the participating machines, drivers and passengers assembled at North Dundas District High School on Saturday.

MAPLE RIDGE — Enthusiasts came from around the region to participate in the Nation Valley ATV Club’s annual Spring Ride on Saturday, and this year they shifted charitable gears by contributing to a new cause: Camp Erin.

Event emcee Eric Duncan tweeted that 192 participating machines (many with a passenger in addition to the driver) raised over $21,000 for the camp that caters to youth contending with the death of somebody close to them.

In addition to changing charities this year (having previously supported Ride for Dad), the spring also moved into a new venue and staging area for 2020 — North Dundas District High School.

The spring ride’s charitable tally through the years — before Saturday’s receipts — was already $390,000.

The ride took the participants on a loop through North Dundas, including a lunch stop at Smokie Ridge Vineyard, Mountain, prior to their return for dinner at the high school.

“I’m very proud for all the volunteers involved with the event. So a new location and a new charity, they took a risk but the team did a great job making it a huge success,” said Duncan, who helped spearhead the effort to establish a Camp Erin Eastern Ontario site several years ago. “The Nation Valley ATV Club is one of the most successful and admired clubs in all of Ontario so we are lucky to have them working in our community.” 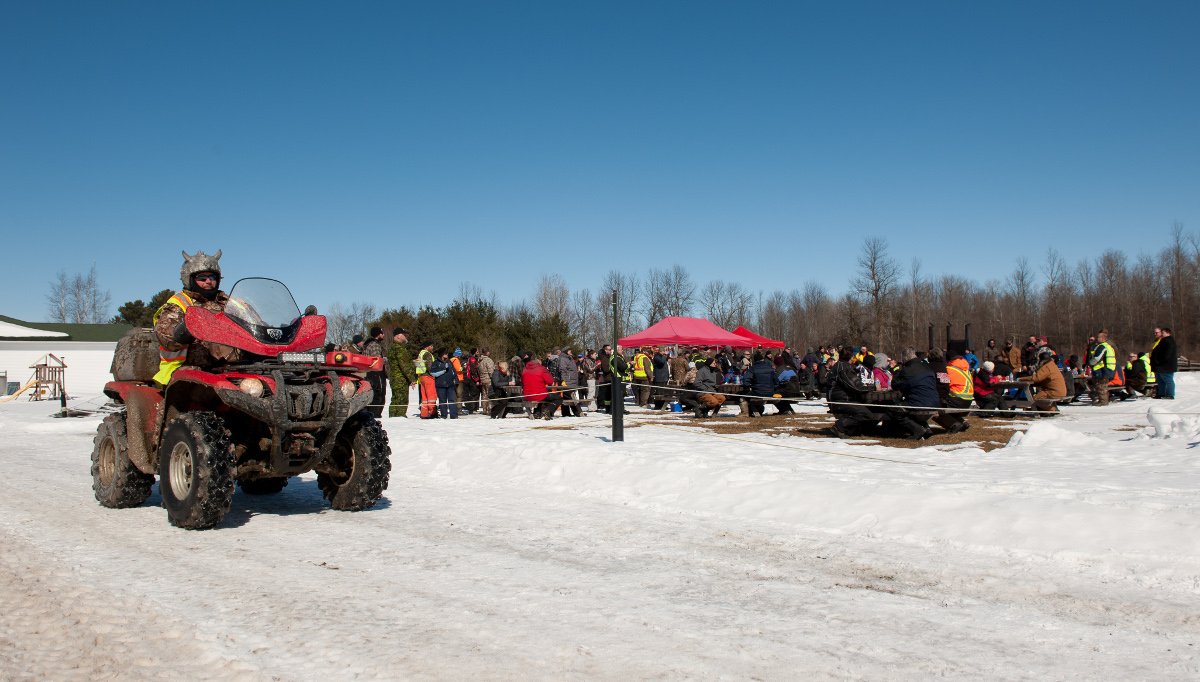 “The committee is overjoyed with the turnout of the event,” said event co-chair Charlotte Coons. “We are thrilled with the funds raised and the awareness our event helped bring to such a worthy cause. We hope to see everyone on Saturday March 6th, 2021, for the second annual Nation Valley ATV Spring Ride in support of Camp Erin.”

“The event has raised over $21,000,” Coons confirmed, adding that organizers are “still going over the numbers as pledges are still open. A cheque presentation with the official total donated happen in the near future.”

This article was edited to include Coons’s comments.