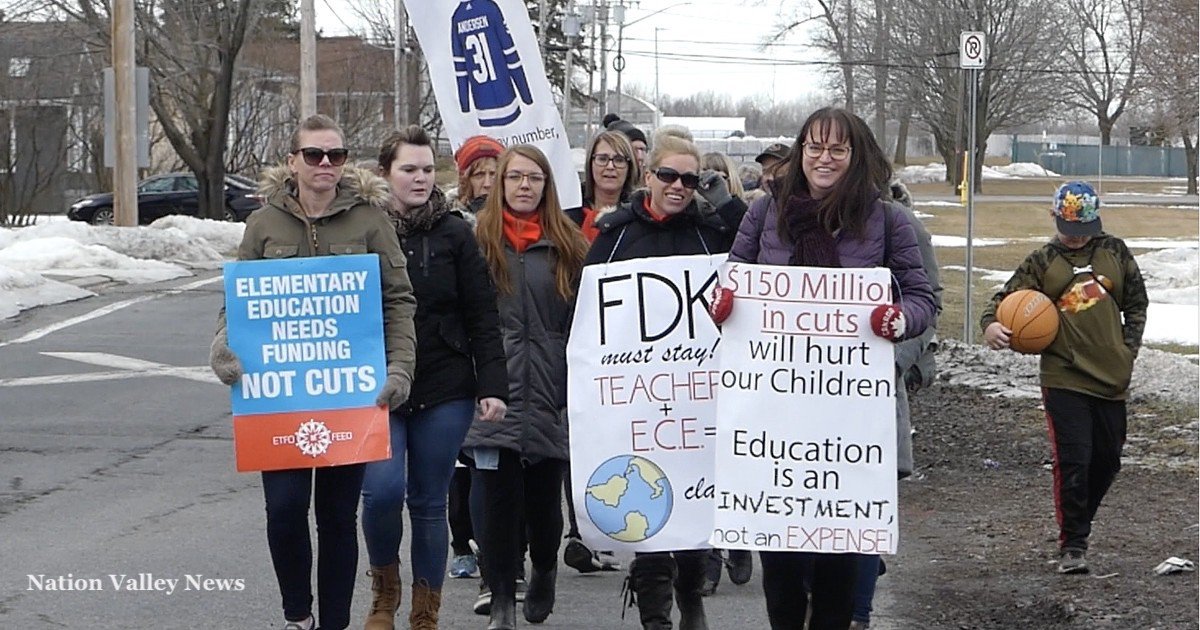 TORONTO — Labour peace is slowly returning to Ontario’s classrooms — empty as they are through this extended COVID-19 crisis — with the Elementary Teachers Federation of Ontario the latest to reach a tentative deal with the province.

However, the minister on the weekend revealed the deal involved a “fair” one-percent pay increase and a commitment to “low” class sizes.

ETFO is the second of the four teachers’ unions to come to a tentative agreement with the province and follows a winter of rotating strikes and work-to-rule actions by the teachers, whose contracts expired last summer.

“This has been a very prolonged and difficult bargaining process,” acknowledged ETFO President Sam Hammond. “We are very grateful for the support and unwavering solidarity of our members, and the public who have continued to stand up for public education and the supports that our students and educators need now and in the future.”

President Hammond added that “while ETFO’s Provincial Executive has endorsed the terms of these tentative central agreements, the decision to accept them ultimately rests with ETFO’s 83,000 members.”

Talks with the French teachers’ union are reported to be resuming today, with the Ontario Secondary School Teachers’ Federation also expected back at the bargaining table soon.

Students are off until April 6 amid the COVID-19 outbreak, a two-week extension to March Break. Whether they actually return to school on that date is another question.