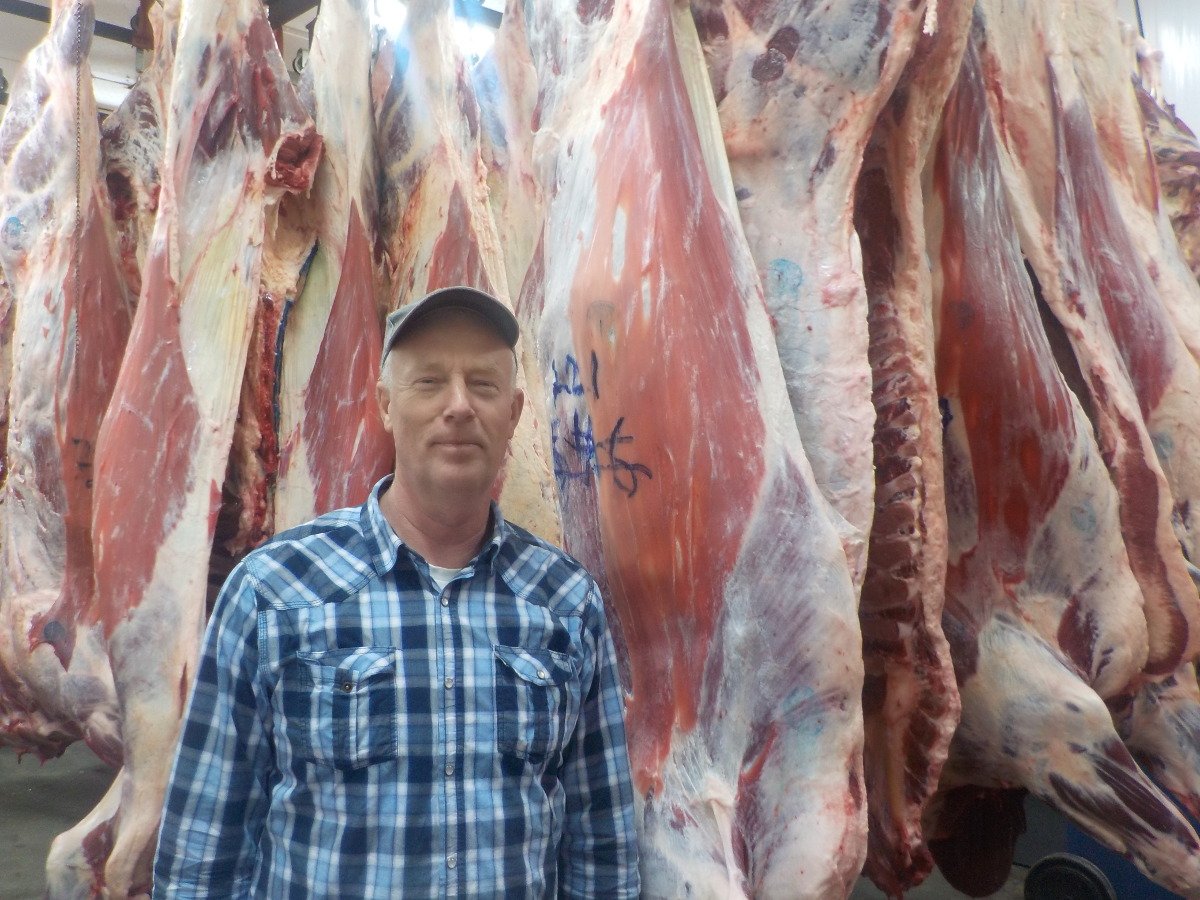 Above, Brian Vandenberg poses at Desormeaux Meats, a local Eastern Ontario abattoir recently recovered from a fire and reopened for business just as large industrial meat packing plants — hard-hit by COVID-19 outbreaks — are looking like a weak link in the food-supply chain.

CRYSLER — It feels good to be wanted. Brian and Elizabeth Vandenberg have been feeling the love since reopening Desormeaux Meats, one of Eastern Ontario’s few remaining slaughterhouses, April 21 with a retail take-out window in compliance with COVID-19 restrictions.

Customer after customer social-distancing up to the window have been thanking the couple for jumping the financial and regulation hurdles to get the abattoir up and running after a devastating fire a year ago. Although they applied under three OMAFRA funding programs, the Vandenbergs were turned down for government assistance. The project was entirely self-financed.

During the project, they routinely heard from overseeing officials about what they couldn’t do, not what they could do. The job included caulking every seam front and back to the tune of 40 cases, each holding 12 tubes.

“I couldn’t get any support in properly designing it,” Brian Vandenberg revealed. “One Ontario company offered its expertise for $20,000, which I declined. The best help I got came from Googling slaughterhouses in Australia.”

The slaughter side of the operation has been just as busy as retail since reopening, with Desormeaux handling a pent up demand for that service. Vandenberg said customers who promised to be back if and when he reopened are returning in droves. Social media has been lighting up with praise for the Vandenbergs and their herculean efforts in rising from the ashes.

Area producers have been complaining for years about the shortage of slaughter capacity in the region, citing the situation as a limiting factor to their businesses. Several abattoirs have closed due to retirement of aging owners as well as increasingly strict OMAFRA regulations and municipal bylaws.

A Winchester-based farmer and Christian Farmers Federation activist, Vandenberg allowed it felt good to be wanted and to supply such an essential service to the farming community. Not only is that true in a general sense, but the facility has been deemed essential under COVID-19 exemptions.

The positive response, he said, has justified the decision to rebuild after a fire broke out about a month after the purchase from Jean-Guy Desormeaux. He knew it would cost big money and be stalled by unending requirements; in the end, he said, it was worth it.

Eight jobs have been preserved, not including the Vandenbergs’ who come to work every day with Brian serving as manager and Elizabeth as counter and office staff. They’re ably assisted by Pat Harper with 17 years in the business.

The Desormeaux reopening isn’t the only good news on the Eastern Ontario meat processing front.

The United Counties of Prescott & Russell recently announced it’s planning a $36 million food hub and federal slaughterhouse with construction to begin next year. To date, a site hasn’t been selected and the money isn’t in place; counties leaders are hoping the federal and provincial governments will add $12 million to the $2.5 million they plan to commit, with the private sector anteing up the rest. Part of the reasoning for the hub is that COVD-19 has shown that local food supplies shouldn’t depend on the Canada-U.S. border remaining open.