Some of the participants in the Russell Walk of Solidarity, June 5. Zandbergen photo, Nation Valley News

Part of a wave of protests triggered around the continent after a Minneapolis police officer asphyxiated a man to death as he lay handcuffed on the ground a week ago, the Russell gathering included an emotional mention of the victim’s name in that case, George Floyd, as well as a string of other black people whose lives have been lost — “taken unjustly because of their skin colour,” said one of the organizers, Christina Stapper. Another organizer, Tina Collins, read aloud the names of the dead.

“We as a community are allowed to come together, to unite in solidarity. That is our only job right now,” said Stapper.

“To have been here and seen this, actually means so much,'” another woman said through the megaphone held by Stapper. “To someone like me, this means, honestly, the world, and I just want to say, ‘thank you,’ because this means later on, when I have kids, I won’t have to teach them about how unfair it is to be my colour … So I appreciate this, I appreciate being heard, and I appreciate being seen. And I honestly, genuinely, from the bottom of my heart, wish you all to be blessed …

“This little 30-minute walk is something that I will remember and that I will tell my kids, and for generations is going to be heard of, because this little town of Russell did something today for the black community. So thank you,” she concluded to cheers.

Collins later told NVN the event was “incredible” and drew over 300 people, as estimated by OPP constable on scene.

The marchers — including Russell Mayor Pierre Leroux and Councillor Cindy Saucier — mostly wore masks because of the omnipresent threat of the COVID-19 virus. Restrictions aimed at stemming the spread of the pandemic currently prohibit gatherings of more than five people. However, Eastern Ontario Medical Officer of Health Dr. Paul Roumeliotis agrees with making an exception for such protests, including one slated Saturday in Cornwall. “The Eastern Ontario Health Unit supports the right to peaceful protests demanding social change,” he said during his daily media briefing, Friday. “However, I would like to encourage everyone to do so in a way that protects both themselves and others, especially during the ongoing threat of the current pandemic,” he said, noting such measures as physical distancing, wearing masks, washing hands, staying home if sick and immediately laundering clothes worn at the protest. See the doctor’s full statement.

Meanwhile, Friday’s Russell protest coincided with demonstrations in the Nation’s Capital. Skyler Walker supplied the images below of the protest on Parliament Hill. 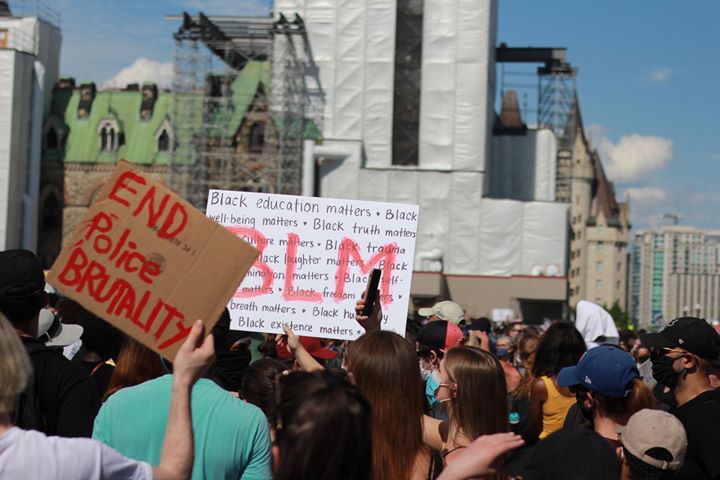 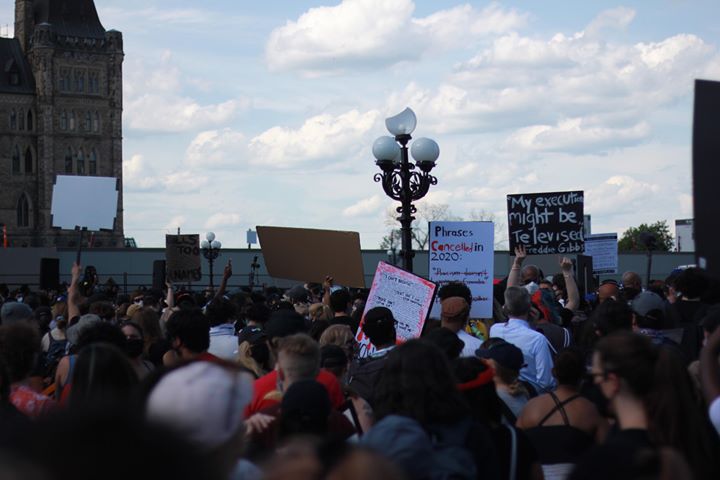 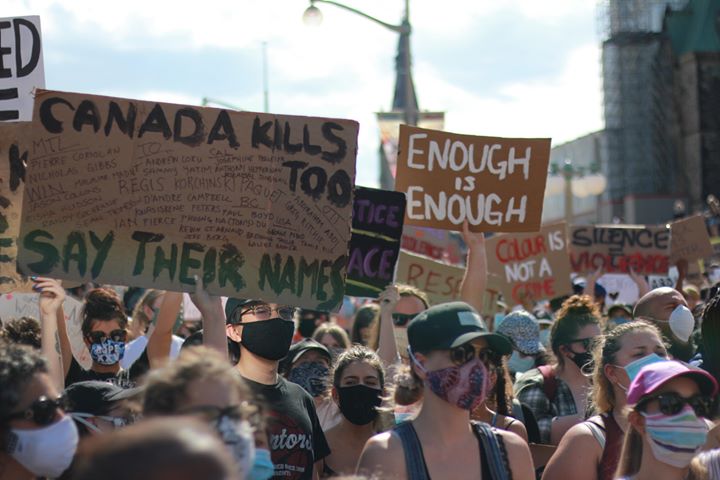 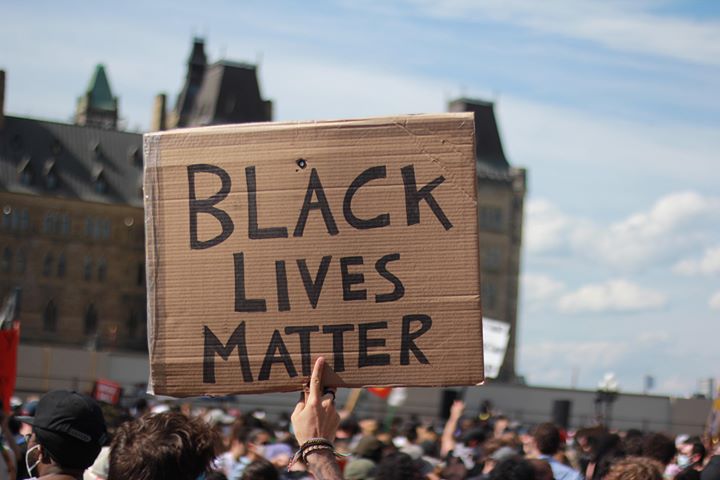 This article was edited to correct a mistaken juxtaposition of the organizing speakers’ names and to add comments by Collins.