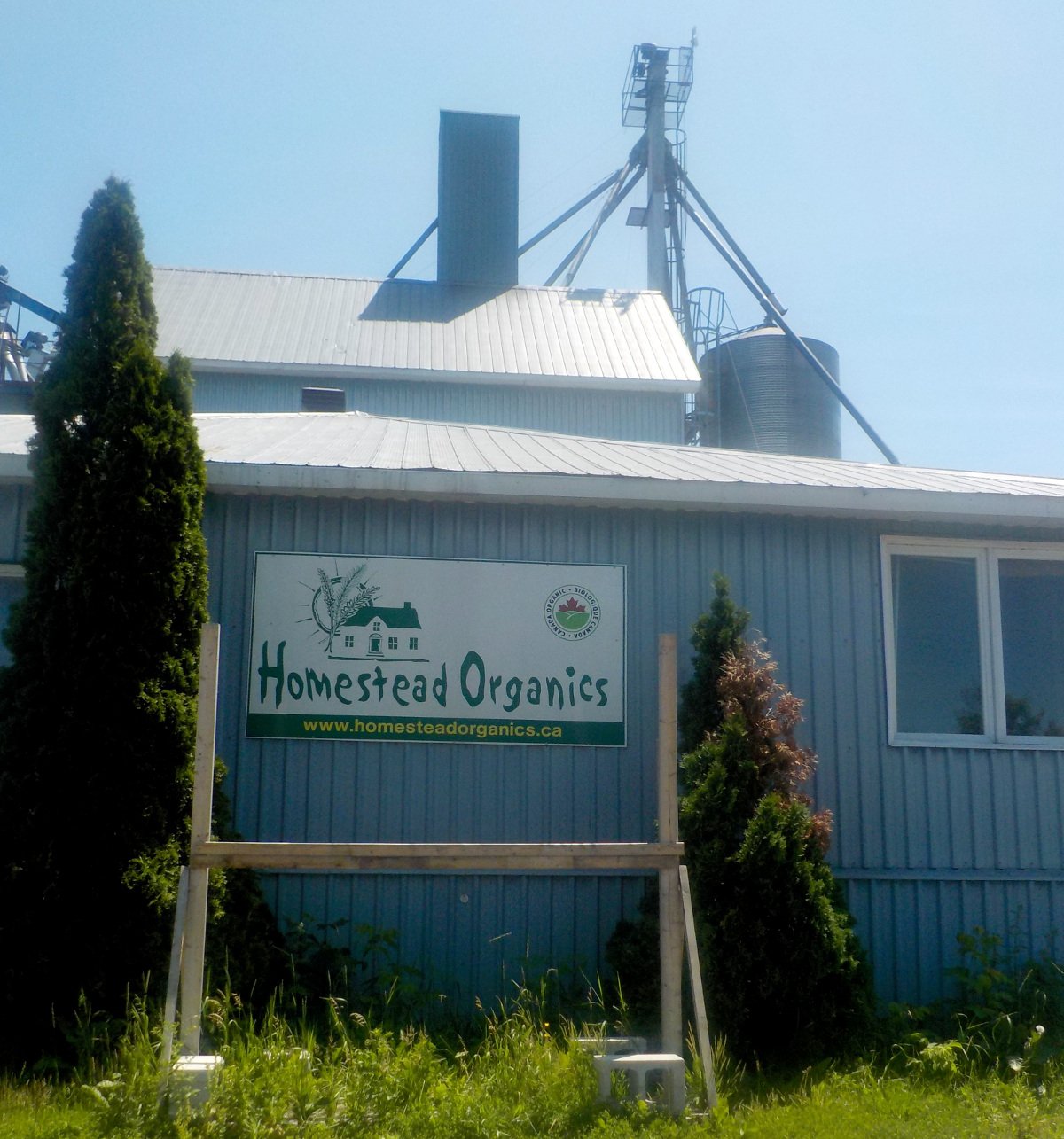 BERWICK — It took close to a year, but GreenSide Organics finally obtained certification Tuesday, clearing the way to launch operations beginning in July.

The other key piece permitting opening of the former Homestead feed mill was acquired earlier: A nutrition partnership necessary because, as a smaller mill, GreenSide won’t make its own mineral premixes nor have a livestock nutritionist on staff. The name of the partner will be announced at the start of operations.

This explanation comes from none other than Tom Manley, former owner of Homestead Organics, which collapsed under financial pressure only to be sold to Peter Jegachandran and GreenSide. Manley was hired as a consultant in getting the new business up and running.

Stating it would be foolish not to take advantage of Manley’s 30 years of experience, Jegachandran will offer all the services that Homestead provided including a retail section for organic flour and other products. The new owner is also examining how he might work non-GMO into the mix.

While Jegachandran has limited agricultural experience, he does own cropland that he leases to conventional farmers. A businessman involved in software development and commercial storage, he sees tremendous future potential in the organics sector and in the Berwick facility.

Organic certification from Ecocert Canada to process feeds and grains at the former Homestead mill needed to be renewed as part of the ownership change. The new owner hopes to fill the void in the Eastern Ontario organic sector left by the departure of Homestead by recapturing former customers and lining up new ones.

Speaking from his home a half kilometre from the mill, Manley said he expected certification to move swiftly when it was launched last summer, with operations to commence last fall: “As we saw certification would take much longer than anticipated, we delayed all other efforts and expenses.”

He noted that organic certification, especially for a new processor with multiple ingredients, has become much more meticulous since he first certified Homestead in 1997: “As organic goes mainstream, the rules have tightened, Ecocert is on the lookout for organic fraud, and is more critical of non-organic feed ingredients such as vitamins and supplements.”

Preparation now requires “more research, more documents, more details, more questions and answers, some denials of ingredients … and new research.” All of it adds up to much more time … and then COVID-19 came along to slow the process even further.

As for a nutrition partnership, GreenSide explored five different scenarios; each scenario implied a new application for certification only to cancel when the possible partnership didn’t work out and start over again… at the end of the queue.

The company is expediting all other requirements, Manley emphasized, including hiring, equipment checks and maintenance, negotiating with suppliers, acquiring marketing materials such as bags, labels and website, and many more details: “We don’t anticipate any other hurdles, just the normal amount of time needed to get the work done.”

In a way, the launch of GreenSide represents redemption for Manley. Homestead was forced to close after it spread itself financially thin through rapid expansion. Once the darling of the sector, in 2011 Manley was awarded a Lifetime Achievement Award by the Organic Council of Ontario; he no longer holds any executive positions with organic organizations.

He has expressed mixed emotions about the outcome, on one hand sad to see the business he built from scratch shift into other hands while happy that it’ll come back into organic processing. He said it could take some time for Greenside to build back clientele forced to find alternatives after Homestead closed.

“The main grieving came when we had to clear out the mill,” Manley said of the Berwick facility established when he relocated organic processing from the family farm in 1997. “My main feeling now is happiness that it’ll return to service.”