Nation Valley News recently noted the state of the provincial flag adorning the gravesite of Sir James Pliny Whitney, former premier of the Province of Ontario. The flag is located in the Holy Trinity Anglican cemetery at Riverside Heights near Morrisburg. The notice also acknowledged the legislative work performed by our former MPP, Jim Brownell, for the continued commemoration of these important gravesites with plaques and flags.

The Whitney gravesite is a sight to behold. It features a monolithic tombstone that’s architectural in its aspirations. It’s the centerpiece of a large family plot, enclosed by a low stone wall that corrals footstones marking the final resting place of Whitney and members of his family. The former premier, however, is not buried beneath this ornate collection of stone, nor anywhere else in this cemetery.

The reason for Whitney’s absence harkens back to the 1950s, when the St. Lawrence Seaway and Power Project came to the fore. Many heritage cemeteries in our region were situated close to the St. Lawrence River, which placed them in the project’s flood zone. The original site of Holy Trinity Anglican Church and its cemetery was a stone’s throw from the river. It was one of the earliest burial grounds in the area, in continual use since the late 18th Century when the first burials were United Empire Loyalists. The church itself, built by the Whitney family and dating from 1902, was carefully dismantled and rebuilt where it stands today. 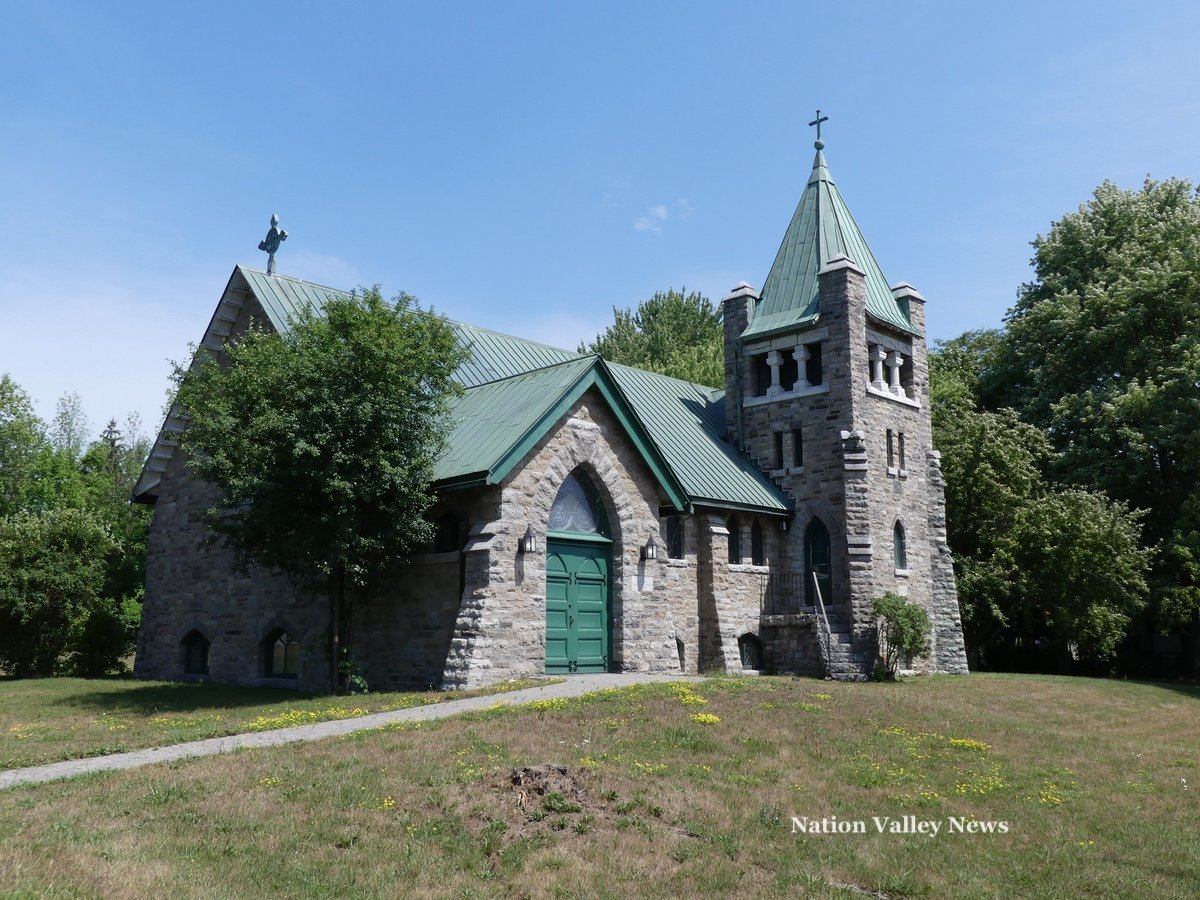 The church cemetery presented a different problem. At the time, approximately 5,000 graves in many area cemeteries were subject to the same issue. Many local clergy suggested that only the tombstones should be moved. This would leave the graves themselves undisturbed (and underwater) when the Seaway project was completed. In the end, in certain cases some graves and tombstones were moved, while in other cases, only the tombstones made the journey inland.

As reported in the Cornwall Standard-Freeholder on June 28, 1958, in its special “Inundation Edition,” the Whitney descendants had carefully pondered the dilemma. They decided that Premier Whitney’s remains, along with those of his family, were to remain where they were.

Today, the original site of the cemetery lies offshore Macdonald Island, south-west of its present site. With this past spring’s unusually-low water levels, it is possible that the original cemetery may have nearly been exposed to the air, almost 62 years after it was flooded.