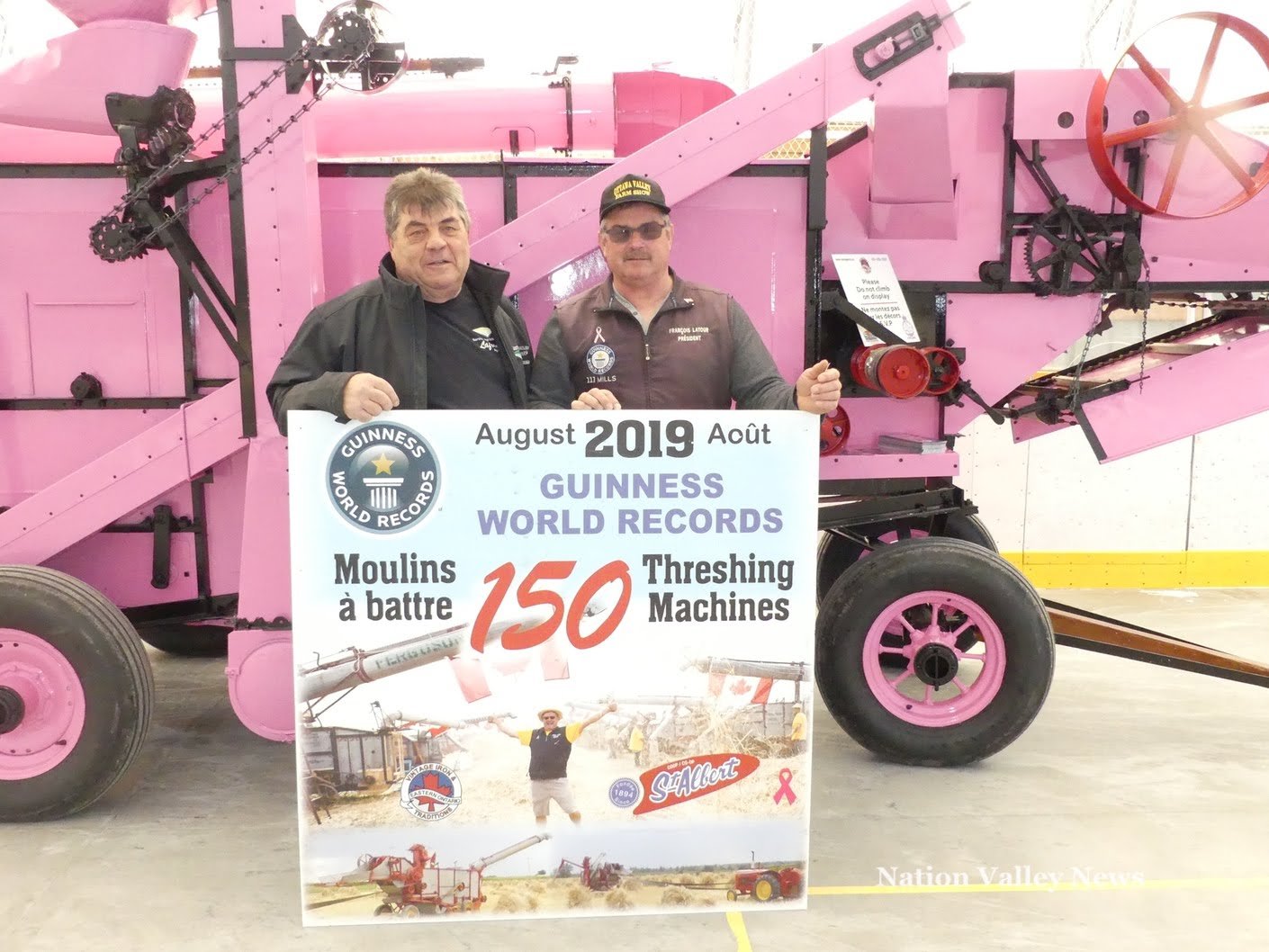 ST. ALBERT — When it comes to agricultural events, 2020 has so far been a slow year. Make that a dead year, with traditional presentations such as farm fairs and cattle shows cancelled because of COVID-19.

And there’s very little on the horizon other than a few scaled-back, largely virtual fairs at Spencerville and Metcalfe, and a couple of drive-in country concerts.

Now you can add two other dates when Eastern Ontario agriculture will be showcased for all masked, social-distanced supporters to see: Two massed tractor rides through Winchester and St. Albert, the former Aug. 9 and the latter Aug. 15; both events have Aug. 16 as a rain date.

St. Albert organizer Francois Latour, president of Vintage Iron & Traditions of Eastern Ontario, is expecting as many as 75 tractors at the St. Albert ride which will venture a few km from the village and through it, mustering at the community centre and finishing at St. Albert Cheese Factory where Latour regained the world threshing title a year ago. A warmup tractor tour was held out of Vankleek Hill July 1 with 18 tractors traveling about 40 km.

Homage will be paid Aug. 15 to that victorious threshing effort, the second one spearheaded by Latour after his first claim on the title in 2015 was overturned a year later. Both threshing contests raised money for breast cancer research and Latour will pull his trademark pink threshing machine in the tractor rally.

Below, the 2019 record gathering of operating threshing machines in St. Albert.

As for COVID-19 restrictions, Latour noted he can’t police spectators but expects them to wear masks when needed and to social distance along the route. Volunteers at the main parking lot will remind participants of their pandemic obligations.

Organizing the Winchester tractor parade for the 16th year, cash cropper John Cinnamon said he could have as many as 50 participants. Unlike the St. Albert event which is restricted to vintage machinery, the Winchester rally which starts from the Cinnamon farm on County Road 31 is open to all including area dealers who regularly enter a few of the latest models.

John Cinnamon and two young relatives with part of his tractor collection at Dairyfest in 2019. Zandbergen photo, Nation Valley News

Cinnamon launched the tractor ride as part of the annual Dairyfest program which has been drastically reduced this year; that, said Cinnamon, doesn’t prevent the parade from rolling out on its own steam.

The ultimate goal, he indicated, is to put smiles on the faces at Dundas Manor which the tractors will pass and salute elderly residents. However, there may be a hitch this year because of C-19, permitting only a few residents to view the procession at any time. Like Latour, Cinnamon expects general spectators to observe COVID regulations.

The St. Albert tractor muster will mark the first VITEO activity so far this year, with several of its recurring events cancelled including the Ottawa Valley Farm Show, the Power Show at Cumberland, and the annual picnic. VITEO is one of Ontario’s largest farm-oriented collectors’ clubs, with a mandate to protect, preserve and promote early rural artifacts, customs and history.

Latour is already thinking of making the tractor ride an annual event, perhaps moving it from town to town.

Below, a glimpse of John Cinnamon’s Winchester tractor parade in 2019.

Participants will meet 2 p.m. at the big blue shed at the Cinnamon place, leaving with their machines in time to make a short stop at the Winchester Arena at approximately 2:30 p.m. (a spot where other tractors can join as well). From the Arena, the parade will head to  Dundas Manor and drive through the parking lot there at 3 p.m. “We will then proceed east past the Fire Hall, then north on Albert to Lions Hall continuing onto Main Street, coming west past the Legion through main corner, ending back at Arena parking lot. You then may drive your tractor home,” says John Cinnamon in a Facebook post. “Thank you all in advance. Please take special note: Rain date one week later, Sunday, Aug. 16.”