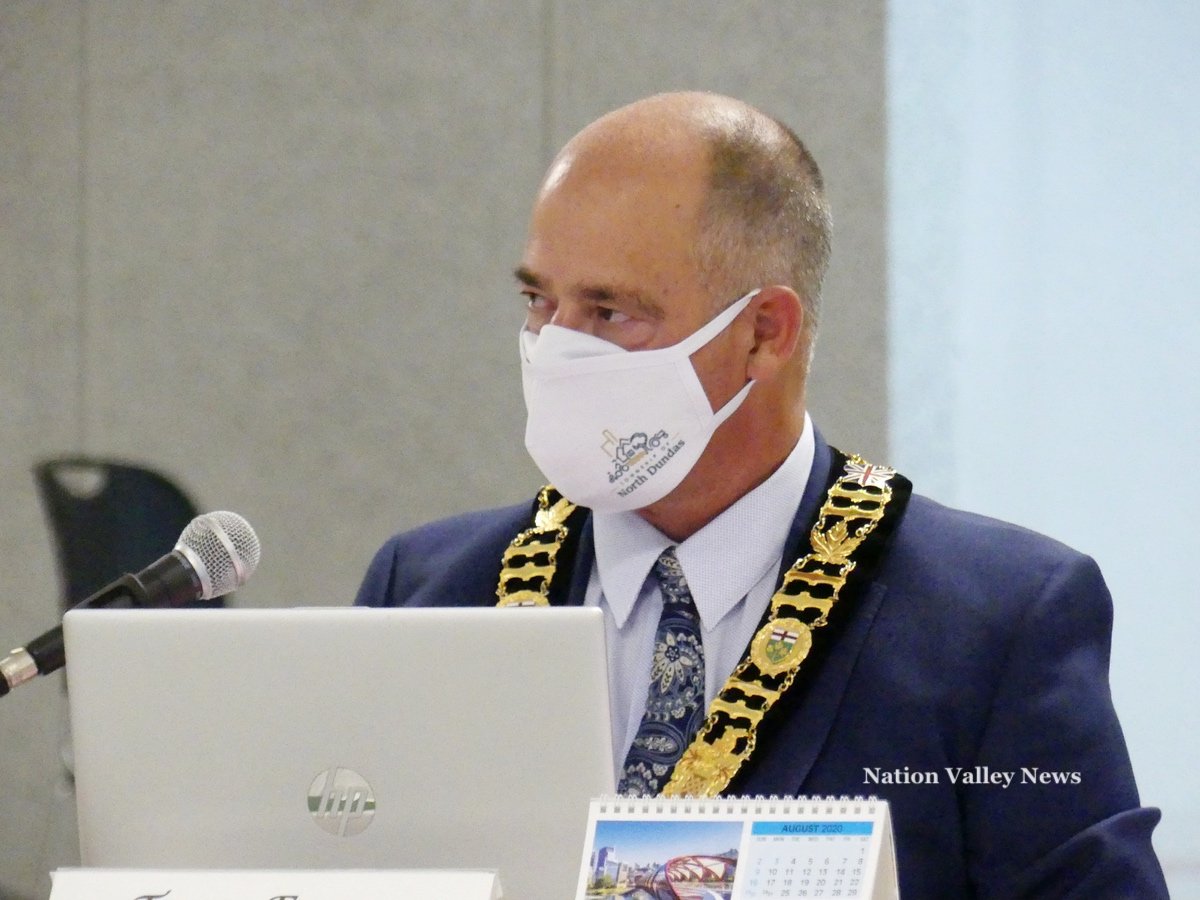 Taking place upstairs at the Joel Steele Community Centre, the lengthy session saw everyone in the room widely spaced and masked in compliance with COVID-19 rules. From behind a plexiglass sheet, staffer Jess Manley took the names and phone numbers of each person entering the sparse assembly — in case future contact tracing is required. Each township director presenting at the podium conscientiously washed their hands with hand sanitizer after touching or adjusting the microphone.

Despite the somewhat surreal and dystopian scene, Fraser declared the meeting a success and said that future sessions would follow the same in-person format with related precautions — but in the regular council chamber at township headquarters.

The meeting was the first of the pandemic era in which members of council and staff wore masks, only briefly popping the coverings down to take swigs of bottled water from time to time. Up until last night, all North Dundas Council meetings had been bare-faced affairs without the public physically present. Council previously met virtually on Zoom — also broadcast live on Facebook — a handful of times since Ontario declared the state of emergency in March.

For their previous two meetings, council physically gathered in the council chamber but similarly live-streamed the proceedings exclusively; that combination allowed the local politicians to go mask-free as the venue wasn’t open to the public — similar to a back-office situation — to the surprise of some viewers at the time.