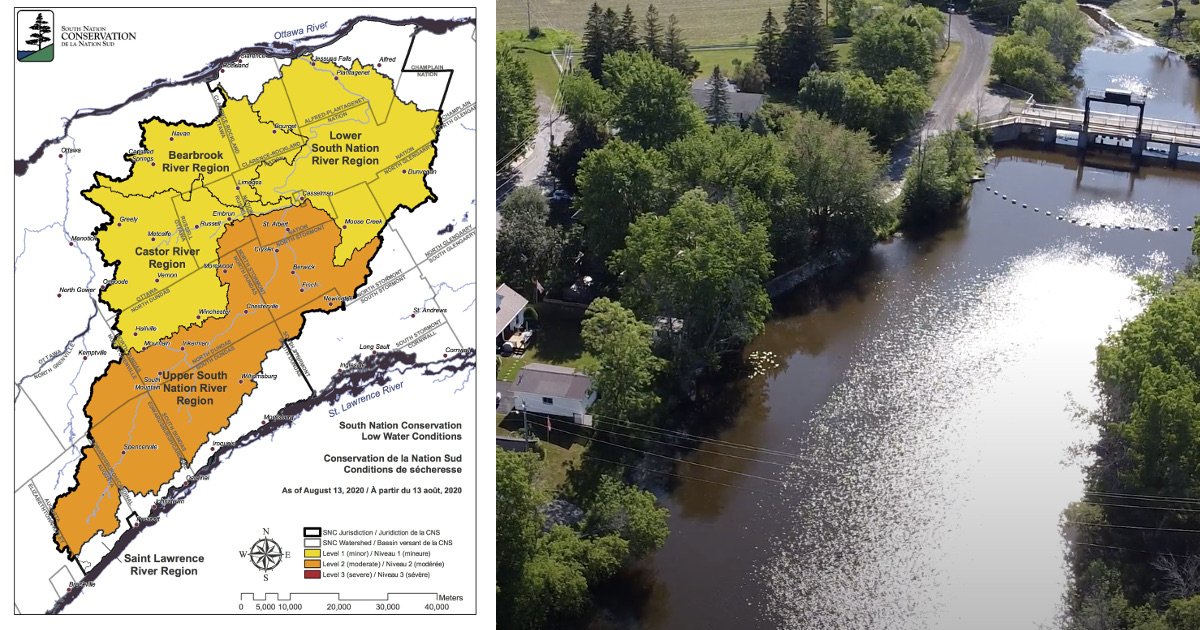 FINCH — Thanks to significant rainfall in the last couple of weeks, drought conditions have eased in parts of the South Nation River watershed.

The recent precipitation has brought some relief to drought conditions, helping to replenish ground and surface water across those three subwatersheds, says South Nation Conservation (SNC).

However, the local watershed authority notes that the Upper South Nation Subwatershed remains at Level II (moderate) low-water conditions due to persistent hot and dry weather. That harder-hit region includes much of the watershed’s Stormont and Dundas drainage areas, extending west into Grenville County, along with portions of Russell Township and the Nation Municipality.

Part of North Dundas does find itself in better condition, though: The villages of Winchester, Mountain, Hallville and Marionville have graduated to the milder level, while South Mountain, Inkerman, Chesterville and Morewood remain at the Level II low-water designation.

SNC advises that domestic, commercial, and agricultural water consumers can help mitigate the impacts of low water conditions by reducing their water consumption by 10 percent (the goal for Level I) and 20 percent (the goal for Level II) by limiting non-essential uses like lawn-watering and car-washing. It also points out that residents should also be aware of their municipality’s water conservation and fire by-laws.

Landowners are encouraged to contact SNC through an online portal on SNC’s website if they are experiencing any problems with their wells or if they have any concerns and information to share with staff.

SNC has also developed an online survey for farmers to report low-water concerns and observations from this year’s drought. Anonymous survey data will be used to measure the severity of low water conditions and will be shared with stakeholders to guide future drought response and fund development for drought support programs.

The Water Response Team, created under the Ontario Low Water Response program, consists of representatives from provincial and municipal governments, agriculture, and special interest groups. SNC will continue to monitor watershed conditions and will provide updates as required.