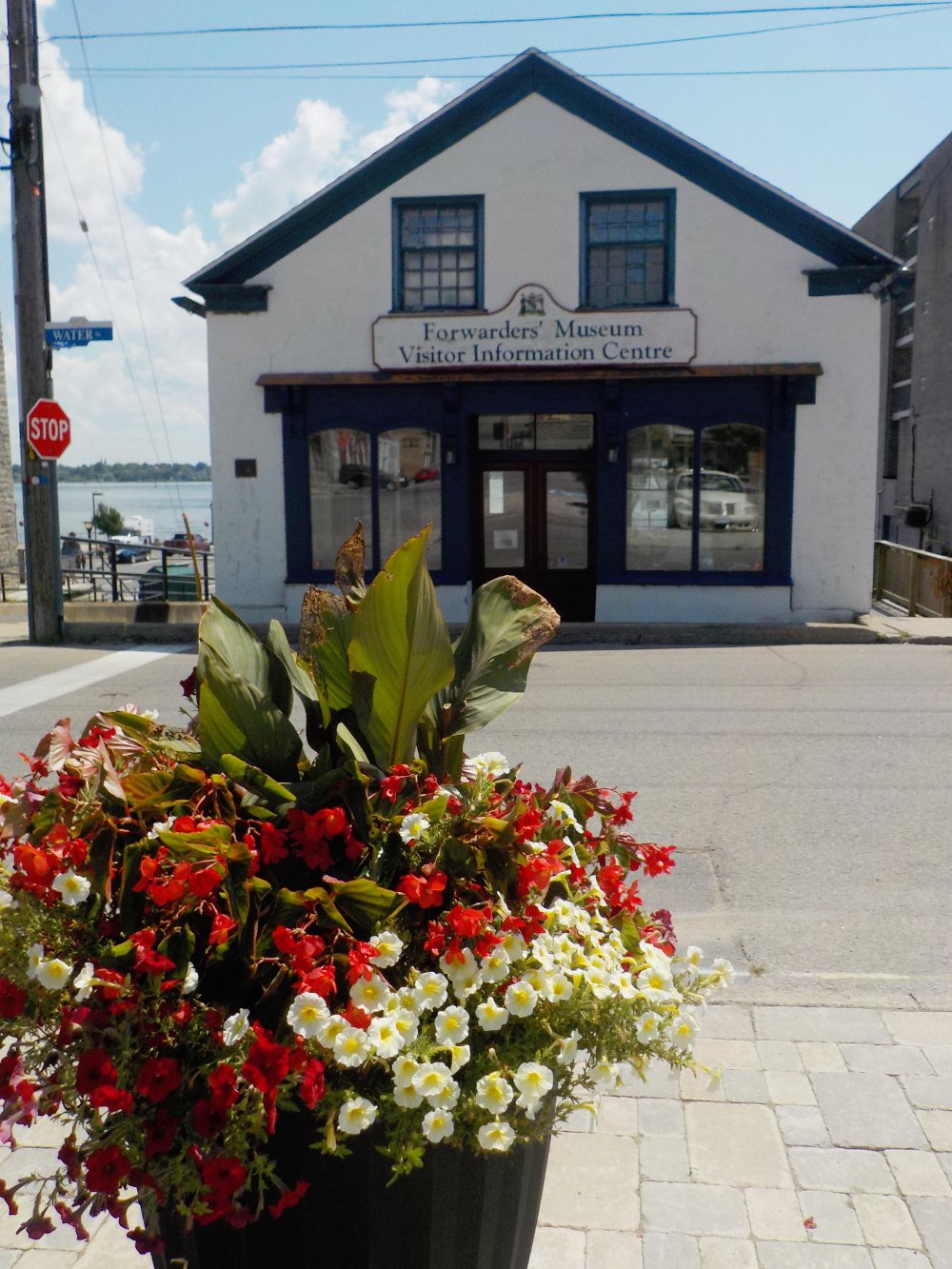 PRESCOTT — One of the town’s oldest buildings, a designated historic property and reminder of its early days as a bustling St. Lawrence River forwarding centre, has been declared surplus by council.

The decision effectively puts the 200-year-old Forwarders building up for sale. When it was last open to the public three years ago, the stucco-over-stone building overlooking the St. Lawrence served as local museum and visitor information centre. Overseen by the town, it was staffed by summer students.

A consultant’s report said the building would require some $300,000 in structural upgrades. It was shuttered with no plans to implement any improvements which many local residents felt could be done at a much lower cost.

The Forwarders sits across from the town square, now a parking lot but occupied up to 60 years ago by an elaborate, clock-towered town hall with an ornate market building beside it. They were declared surplus by the council of the day and torn down, their haunting images gracing the cover of the local history book.

Nobody including the current council wants the same fate to befall the Forwarders building. Mayor Brett Todd pledged that the Forwarders’ heritage designation will be maintained, guaranteeing it will remain protected even in private hands.

The decision to dispose of the building constructed by schooner captain William Gilkison as his headquarters caused a stir on social media with several residents advocating that it be retained: “How can we let the Forwarders Museum go?,” declared Steph Saunders who said her family landed in Prescott in the 1830s. “This is national history!”

Gilkinson was the first forwarder to establish a thriving business here. The trade originated as a means of transferring passengers and freight around rapids that schooners couldn’t safely navigate. Much smaller, light-draft bateaux were used for the job; the trade was lucrative until canals were installed in 1847 and steamboats could carry goods and people all the way from Montreal to the Great Lakes.

Prescott and surrounding riverfront communities are popular with divers from as far away as Montreal who explore sunken ships and other treasures lying in the St. Lawrence. By popular demand, a diving platform off the town wharf was installed earlier this season.

Todd emphasized council won’t abandon a museum in the downtown core or the collection housed in the Forwarders. Options are being discussed as to a new location, the mayor said, and artifacts will be properly stored during the transition.

He reiterated structural problems, the Forwarders lack of accessibility, its small size and difficulty to climate control as reasons that make it impossible to continue using it as a museum.

“We must seek a way forward that respects our past, balances history and our budgetary means and gives us the financial flexibility to focus on what really matters… our grand heritage as a whole not just a single building as beloved as it is to so many of us.”