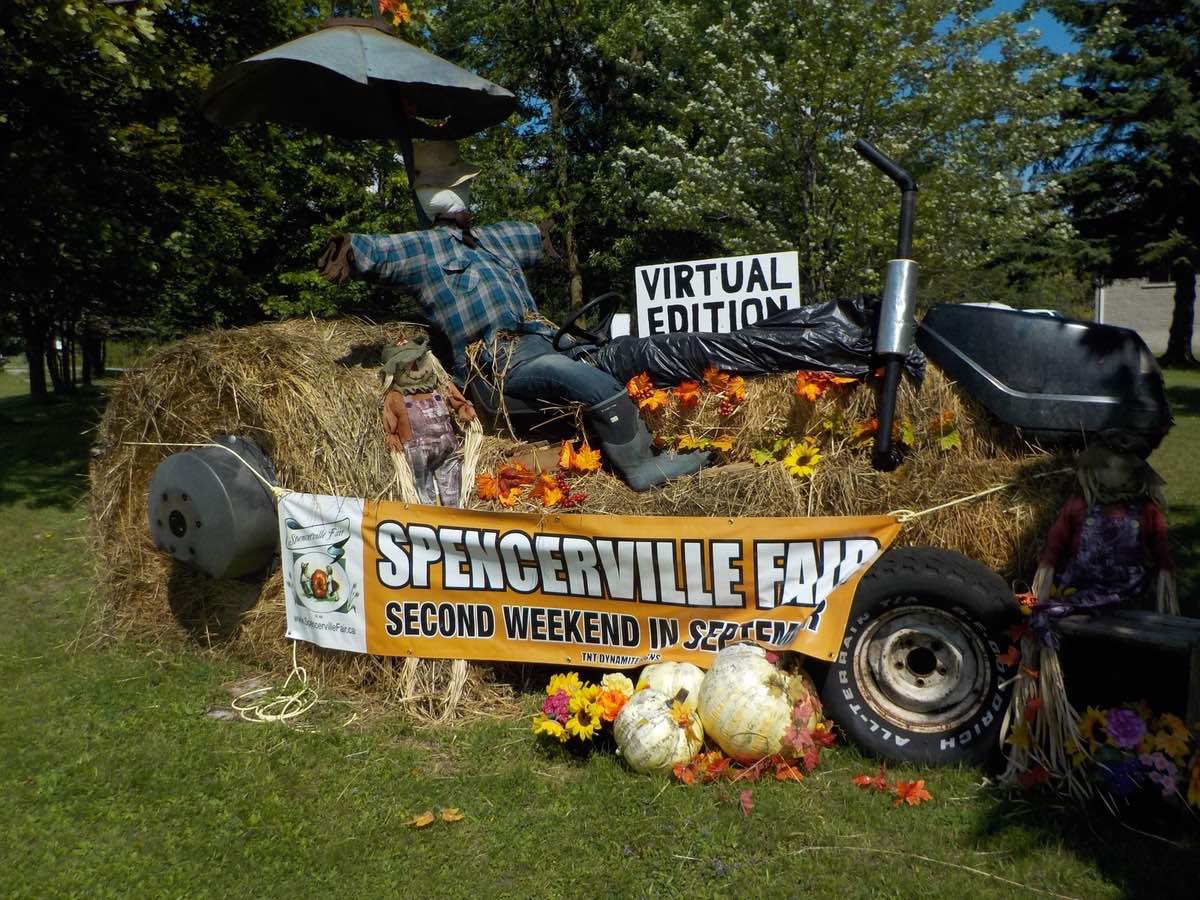 With other farm fairs falling to COVID-19 all around it, the Spencerville Agricultural Society decided the show had to go on… in some way, shape or form. The idea of missing an edition after 165 years was simply a non-starter, the society announced before entering into several weeks of intense research, technical preparation and general organization.

And Spencerville Fair fans aren’t dismissing this week’s online production as just a gimmick. Like Edwardsburgh/Cardinal Mayor Pat Sayeau, they’re pleased as punch the show is on with many of the traditional attractions, exhibits and prizes… even if they won’t be gathering at the fairgrounds Sept. 10-13. As always, official opening ceremonies are Thursday evening.

“We’ll visit the fair on our tablets or our laptops or our desktops instead of in the Barn of Learning or on the parade route,” Sayeau stated, pleased that the society decided to move ahead. He urged everyone to check the many fair postings at spencervillefair.ca and to forward them to contacts as a way of representing rural agriculture to a broader provincial audience.

It may be virtual, Sayeau concluded, “but we won’t have to worry about the weather and attendance is 24 hours a day.”

Fair organizers have been treating the COVID edition much like the real thing with exhibits, judging, and heavy promotion. The parade is on too, Saturday at 12 noon as usual, although in a stationary float lineup to be shown online.

With most Ontario agricultural fairs, COVID-19 drove them to full cancellation. While some considered online editions, the final decision was mostly that it would be a pale imitation hardly worth the effort. But the Spencerville Agricultural Society went the other way, playing virtual up as an historic first, ranking among many firsts over the long history of what is billed as “The Biggest Little Fair in Eastern Ontario.”

Even with safety precautions required by the pandemic, the society still felt it couldn’t go a year without presenting a fair even if virtual: “We invite you to come and join us in making history in keeping our fair alive,” the society declared in June. ‘”What the Spencerville Fair set out to unveil has never been done before and may never need to be done again.”

Many of the categories fans would expect are present virtually, including baby, talent, and pet shows, children’s artwork, livestock shows and culinary arts, and such staples as the giant pumpkin weigh-off. In keeping with the spirit of 2020, entries could only be made on-line and the 38-page fair book is also a virtual production.

What with C-19 and the dramatic change in format, sponsorships which the fair relies upon are down this year, said coordinator Dorothy Seeley. As a non-profit organization run by volunteers, the fair relies on community support and returns that support through prizes to exhibitors which, over the past five years, have totalled $322,000.

The society, Seeley said, has been struggling to cover costs of mounting the traditional fair in recent years because of inclement weather and other issues. The hope is that new donors will come forward in 2020 drawn by the virtual presentation and the chance to help keep the fair as a vital presence in the community.

Society director Eric Connell, who spearheaded the virtual format and is serving as fair webmaster, said 70 per cent of entries this year are from new participants. Connell said his group pushed ahead because “people needed to look forward to something which has become a big part of all our lives.”

It could turn out, he added, that the new platform might be required again depending on how the pandemic unfolds: “Now we know how to do it and it may remain a big part of the fair even when we go back to holding it live. There’s an opportunity here to reach so many more people than we ever have before!”