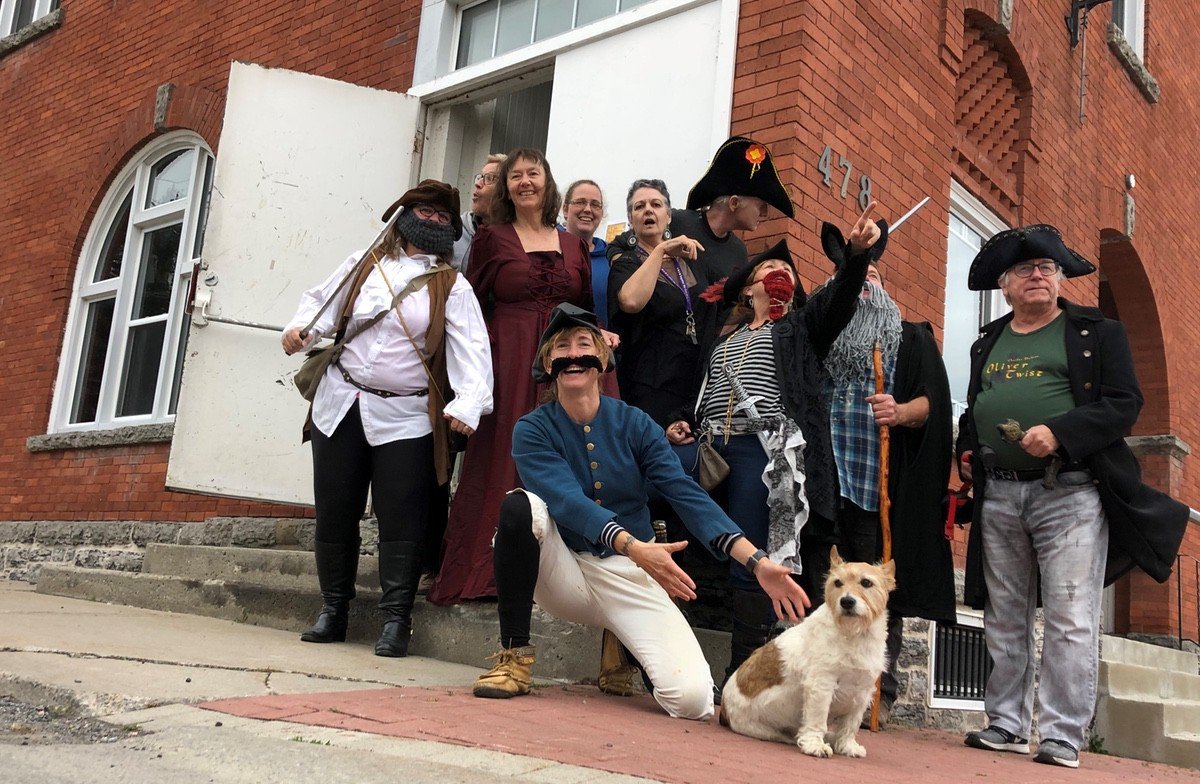 Puffin McGuffin has been found dead with a treasure map hidden in her peg leg; now the crew of The Black Albatross is on an epic adventure in search of excitement, riches, and a murderer.

NORTH DUNDAS — Typically, the local amateur theatre group behind this fun new play would stage a minimum of two major theatrical productions each year, with many smaller productions and programs supplementing the season. 2020 has been, of course, an exceptional year, and it will be many more months before the house lights illuminate the Old Town Hall in Winchester.

So a select group of enthusiastic Dundas County Players members has set out to bring a single play to the community in an alternative outdoor setting, knowing that if they didn’t try to find a way to make things work before the weather turns cold, nothing would happen this year.

Taking on the role of producing the play, Harmony Koiter reached out to Cannamore Orchard to find out if their property could be used as an outdoor theatre venue. Dennis Taylor, Claire Taylor, and Mat Kelly kindly agreed to support the effort and offered a space to build a stage outside, as well as the flatbed wagons that will act as the base of the stage.

Pooling much local talent, playwright Mat Kelly offered his script, hot off the press. During the lockdown, Kelly took the solitary time as an opportunity to create one of his most hilarious works yet. Like all of us, the constant news about pandemics, economic collapse, protests, civil unrest, wildfires … well you get it … Kelly needed to write about something that didn’t cause headaches and despair. The result? A fantastical pirate adventure that enters a whole new level of hilarity, with quick wit, constant audience interaction, a slew of extraordinary creatures, punchy transitions, and shanties that’ll have you hollering like a pirate that fell deep into the rum barrel.

Enjoy a unique and engaging theatrical performance during extraordinary times! With a remarkable creative team and a cast armed with a knack for quick wit and audience participation, The Black Albatross and the Treasure of Puffin McGuffin will leave you with more laughter than you can shake a hook at!

Catch this one-act mystery comedy that’s great for the entire family — and a safe experience. The kids will be singing with the pirates, the adults will be appreciating the ridiculous suspension of disbelief, and the hilarious banter will certainly lift the spirits.

Bring your own chair, blanket, or take a chance and hope to get a chair on site. The show runs approximately one hour.