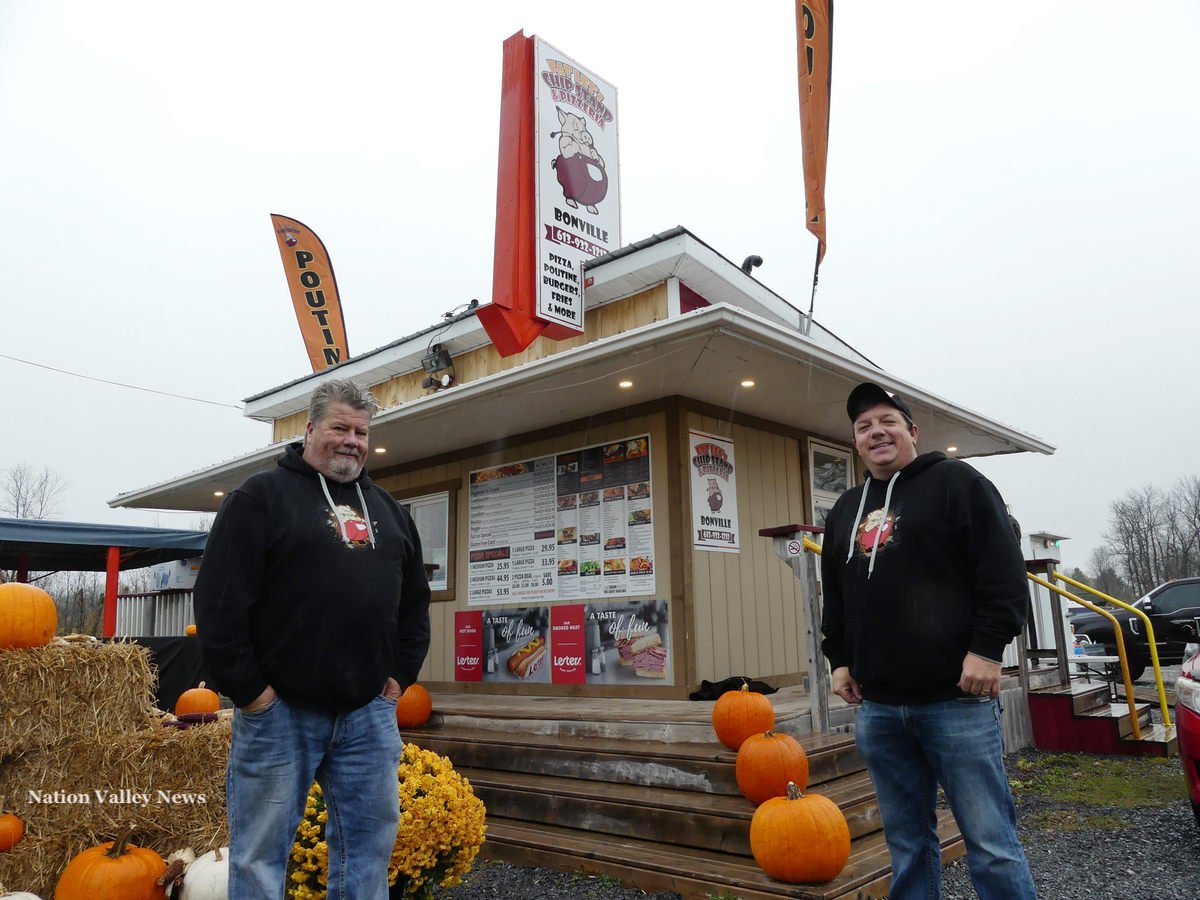 BONVILLE — Put another notch in Fat Les’s belt: The local takeout chip-stand and snack chain kicked off operations at its ninth permanent Eastern Ontario location in this South Stormont community this morning.

A partnership between brand founder Les Winters and former truck driver Jamie Scharf of Finch, the new Fat Les’s went up over the last several weeks on the Highway 138 site of a Bonville mini-putt — a side attraction the eatery operators plan to revive during the warm season.

The Bonville outlet also represents Scharf’s second time opening a Fat Les’s location.  He and his wife, Carrie, have found success running a wholly owned franchise in Finch since 2017.

Fat Les’s is known for its award-winning poutine, in addition to burgers-and-fries fare as well as pizza and ice cream.

“I’ve been wanting to come to the Cornwall area for a long time,” says Winters, whose brand also operates the canteens at three arenas plus two mobile chip wagons. Known as a fan of the Cornwall Speedway, “the race family has bugging me to come out here,” adds the Kemptville resident.

In keeping with the new neighbourhood, the operators say they plan to offer a burger seasoned with the “Black Magic Garlic Powder” produced by nearby Bonville Gardens.

Dennis Marion of Finch has been hired as manager of the new outlet, and Winters says they’re still looking for another line cook and driver.

A formal ribbon-cutting is planned this Saturday.