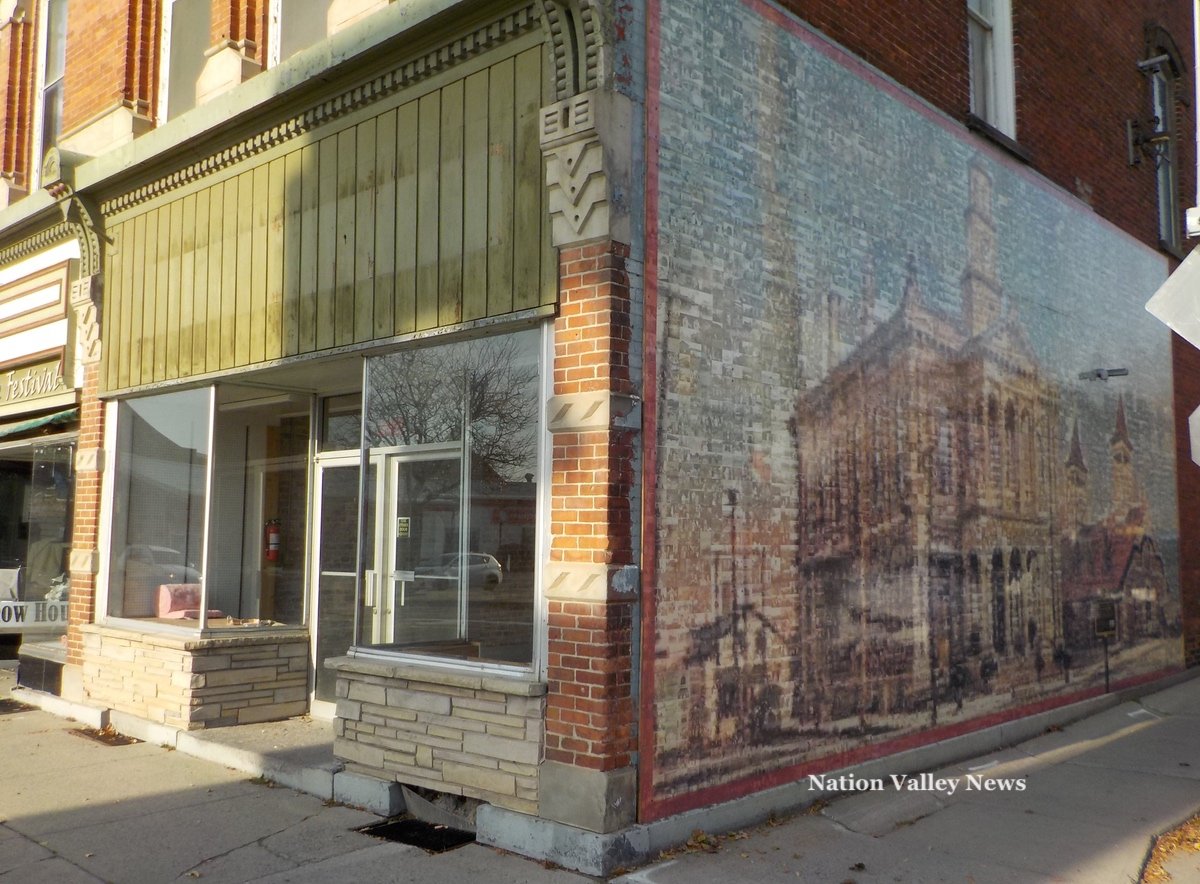 PRESCOTT — Town council has decided on a new location of the local museum displaced by the recent sale of the 200-year-old Forwarders Building.

It’s an empty storefront at the town’s most prominent intersection, the corner of King and Centre streets facing Clock Tower Square. The former garden accessories and gift shop also faces the Forwarders on the opposite side of the square.

Council has entered into a five-year lease agreement with the owner at $2,000 a month plus HST, plus a yearly consumer price increase, among the highest commercial rents in downtown Prescott. The space will need several improvements, cost of which has yet to be fully determined and assigned.

Plans now call for renovations to be completed over the winter and spring, with opening by Victoria Day, 2021.

Although tight, the storefront has a few things going for it such as its location and the fact an outdoor wall is decorated with a mural showing the former town hall and market building once located in the square. On the west side is the compatible office of the St. Lawrence Shakespeare Festival.

Council settled on the former store after considering and dismissing several other possibilities. One of the reasons is that, with an agreement in place to remove artifacts from the Forwarders this month, it was seen as the easiest and quickest solution.

A very significant historical property, the Forwarders was sold to downtown developer Ashley Davies for $30,000 after council refused to invest $300,000 into shoring up the structure, a number determined by consultants. Self-sufficient Davies wasn’t intimidated by the estimated cost of rehabilitation and plans to turn the building into commercial space.

The owner of the storefront appears to be eligible for grants under the Community Improvement Plan to cover half the cost of necessary renovations including accessibility upgrades and would be responsible for further costs. The main entrance door needs to be replaced along with façade upgrades, also apparently eligible for 50 per cent grants.

Another 50 per cent grant could cover part of air conditioning and dehumidifying units. There’s even a building permit grant good for up to $500. The back part of the space will also need work including accessible washroom, storage and office costing up to $15,000 with the town picking up the tab along with the cost of security system.

It’ll cost an estimated $10,000 to package and professionally move artifacts from the Forwarders to the new museum. Much of the expenses will be covered by an $80,000 museum reserve, combined with $30,000 from sale of the Forwarders.

The museum relocation continues to generate controversy, particularly from local hair stylist Steph Saunders who wonders at the fiscal logic of selling and vacating the Forwarders, only to rent an alternate space at $2,0000 a month.