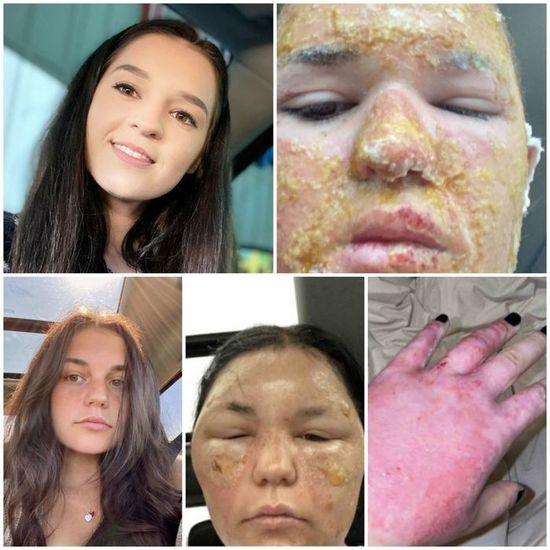 DUNDAS COUNTY — A get-together among friends turned into a late-October horror when flames exploded from a bonfire, badly burning two young women at a hunting camp near Brinston.

Police say charges are now pending against a man in his twenties who’s understood to have triggered the event with a fuel can, causing Cassandra Young of Chesterville and Jessica Goodenough of Osgoode to suffer serious facial burns as they warmed themselves by the fire Oct. 24.

“The fuel source was placed on the fire, and it kind of exploded,” said SD&G Const. OPP Tylor Copeland, confirming that charges are forthcoming but declining to reveal their nature until officially laid by the authorities.

“I mean, it was a party, and they were all of age,” said Copeland, when asked if investigators consider alcohol a factor in the event. “Is that a determining factor? It’s hard to say.”

The involved male is currently out of the area but is not eluding police, the officer said.

Young sustained third-degree burns to her face and scalp; Goodenough received second-degree burns to the same areas, as well as second-degree burns to her hand and arm, according to an online auction fundraiser set up to assist the victims. Both were treated in hospital and released within a day of the event. However, their ongoing recovery requires travel to and from Ottawa “at least once a week” to see a plastic surgeon specializing in trauma burns — in the process racking up mileage, parking, medication and other expenses. Neither one is currently able to work their respective jobs at Parmalat in Winchester (Young) and Tippen Richardson in Ottawa (Goodenough).

“At a time such as this, expenses like this should be the last thing they should have to worry about.”

A third woman suffered minor burns that didn’t need treatment, according to Janet MacLean Smith, a spearhead behind the fundraiser who also aims to raise awareness of what happened to ensure such a thing never happens again.

“I have known the Young family for a long time,” MacLean Smith explained, noting that Cassandra Young and her identical twin sister, Cally, are  “the same age as my youngest son, Cameron.”

Young is “the type of young lady, that as a mom I can say that we all wish our daughters would grow up to be like,” she said.

MacLean Smith added she has only gotten to know Goodenough since the “senseless tragedy” occurred but describes her as “such a sweetheart.”

It was the injured Young who drove her friends to hospital right after the event — knowing an ambulance would not be able to reach the camp location. Her physical pain was masked by shock at the time.

“There was no call to emergency services that night, they just drove straight to hospital,” Copeland confirmed.

MacLean Smith, Andia Dejong and Barbi Dowell have been organizing the silent auction. To arrange a donation, reach them at janetsmith1078@gmail.com, 613-880-0352; and Johndinfarms@storm.ca, 613-223-9651.
Visit the silent auction at www.32auctions.com/bonfiretragedy.