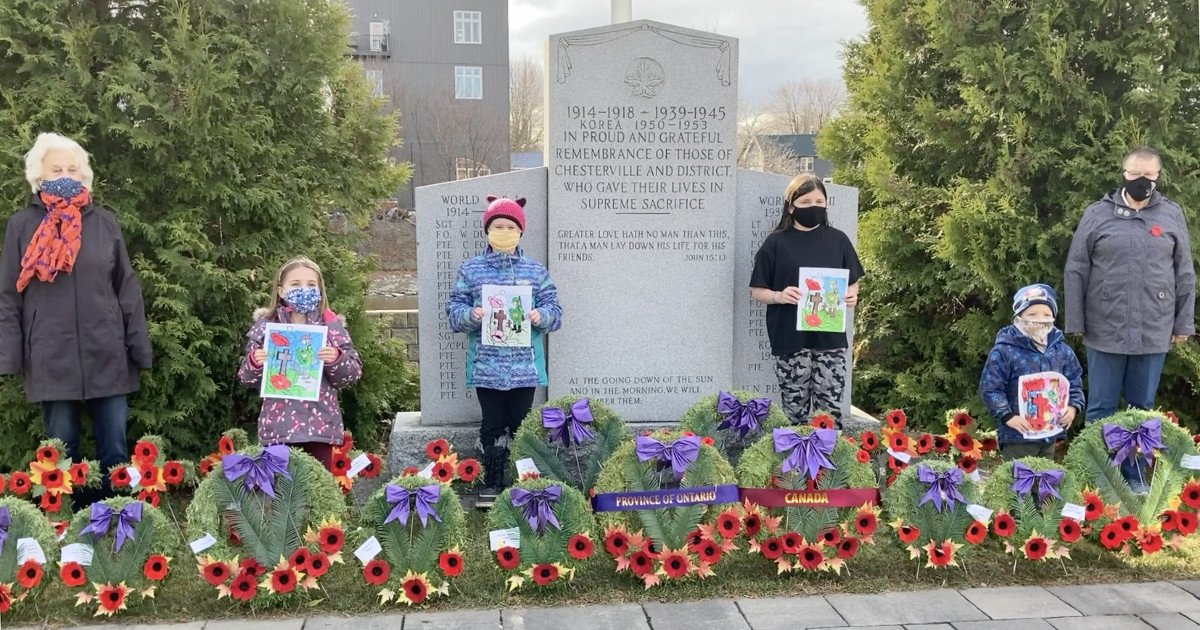 CHESTERVILLE — Pivoting with the pandemic, the Rotary Club of Chesterville hosted a new event this month — a Remembrance Day colouring contest. The activity garnered a whopping 84 entries submitted through the Chesterville Pharmacy.

Rotarians Anita Schoch and Marion Henderson took on the difficult task of deciding the winners. Each contestant put their colouring talents to work on the same Nov. 11th image distributed via Facebook and Nation Valley News.