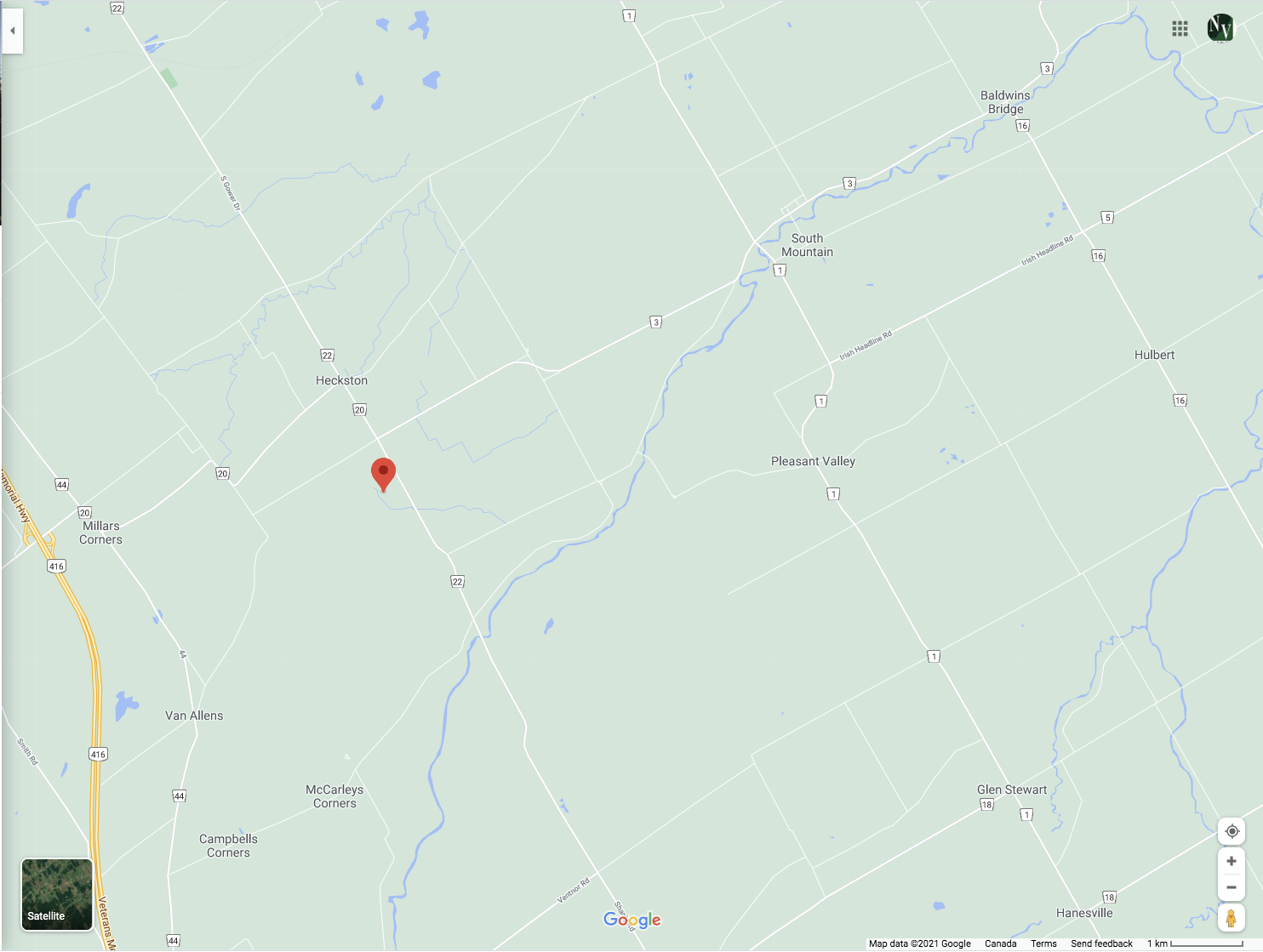 HECKSTON — Centred west of South Mountain near Heckston, last night’s seismic event left no damage but was felt around the region at 7:50 p.m. — or “lightly felt” as Natural Resources Canada put it.

The March 13 quake registered a magnitude 2.7, according to the U.S. Geological Service. It’s Canadian counterpart says it was a 3.4. Those agencies estimated the quake’s depth at 8.9 and 10 km, respectively.

The Earthquakes Canada website, part of Natural Resources Canada, placed last night’s quake at coordinates generating this location on Google Maps. It’s in the same neighbourhood as the estimate generated by the U.S. Geological Service (image at very top of article).