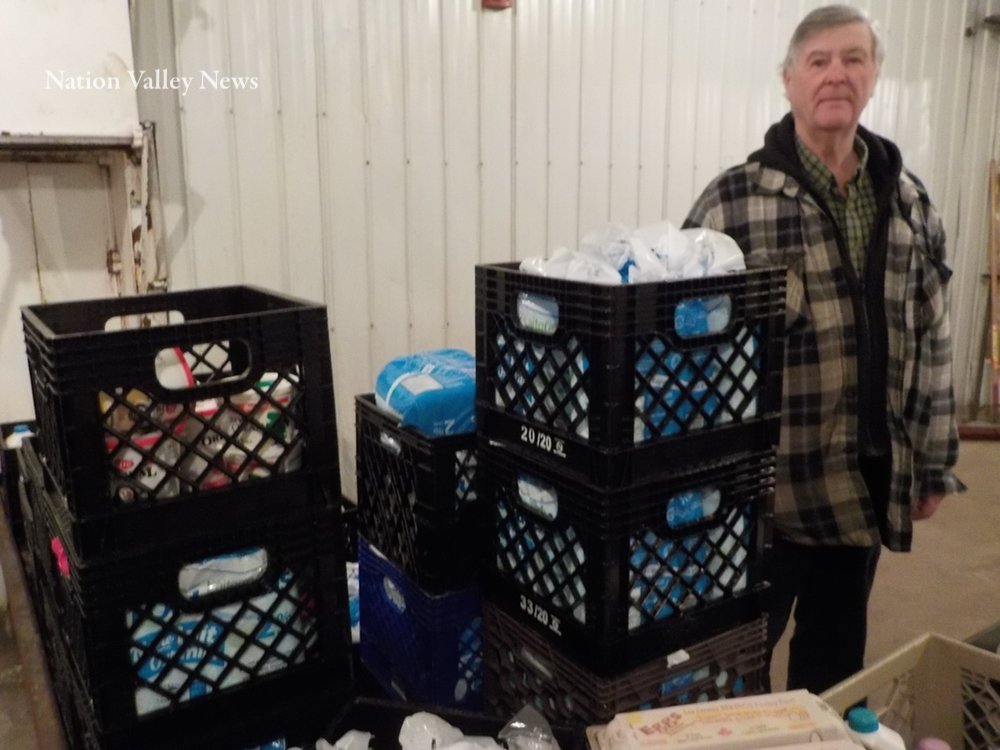 While the old signs are gone, no new ones have yet been erected. When they are, they’ll identify the landmark dairy on the rural Ottawa side of Gregoire Road as Ter Kadamba Farm. It’s said that Hindu god Krishna would call followers to gather at the Kadamba tree.

The deal was completed last month after some 80 years of Cochrane’s founded, managed and staffed by members of one family. Cochranes were running the stripped-down operation right to the end; in fact, Barry Cochrane still shows up to work most weekdays.

Kevin and Barry Cochrane signed the aging dairy buildings and five acres over to local entrepreneur Kacper Waclawski who operates a local music academy and an independent school. Several pieces of older equipment and vehicles were part of the package.

Waclawski plans to add a garden plot to the site this season and to sell vegetables to subscribers under a Community Supported Agricultural (CSA) program. By purchasing a CSA share ahead of time, customers become partners in the venture and advocates for local organic farming, he said.

“We look forward to integrating this farm component together with our current learning platforms in the coming months and years,” he said of the expanded business which involves several of his family members.

In the past, Waclawski has also owned a lawn cutting service and fitness studio located in the former Russell Registry Office which he purchased several years ago.

Cochrane’s was once a going concern, processing and packaging milk products right across the border from Russell Township. The large family has always been closely associated with Russell Village where many members live.

About six years ago, the business stopped bottling its own product and became a distributor of milk, eggs, bread and other foods acquired from various companies with which to continue supplying its customers.

Interviewed at the former Cochrane’s plant recently, Barry said the family had reached the end of the line. A year of COVID-19 was the last straw, he said, with closed commercial customers forced to cancel many of their orders. On the upside, household deliveries increased slightly.

Barry continues to spend a few hours in the plant several days a week on a volunteer basis to help with the transition. He grew up working in the family business launched by Elwood Cochrane and his wife Irene, and feels an ongoing sense of loyalty to customers.

TK Farm — as it’ll be known in short form — will rely on customers signing up with a financial pledge to support purchase of seeds, equipment and to help offset production costs.

In return, they’ll receive boxed produce from June to November as it’s harvested; a smaller box will cost four payments of $178, while the larger box will be four payments of $229. TK Farm will custom-pack and deliver orders to the door; milk, cheese and bread will be part of the selection.