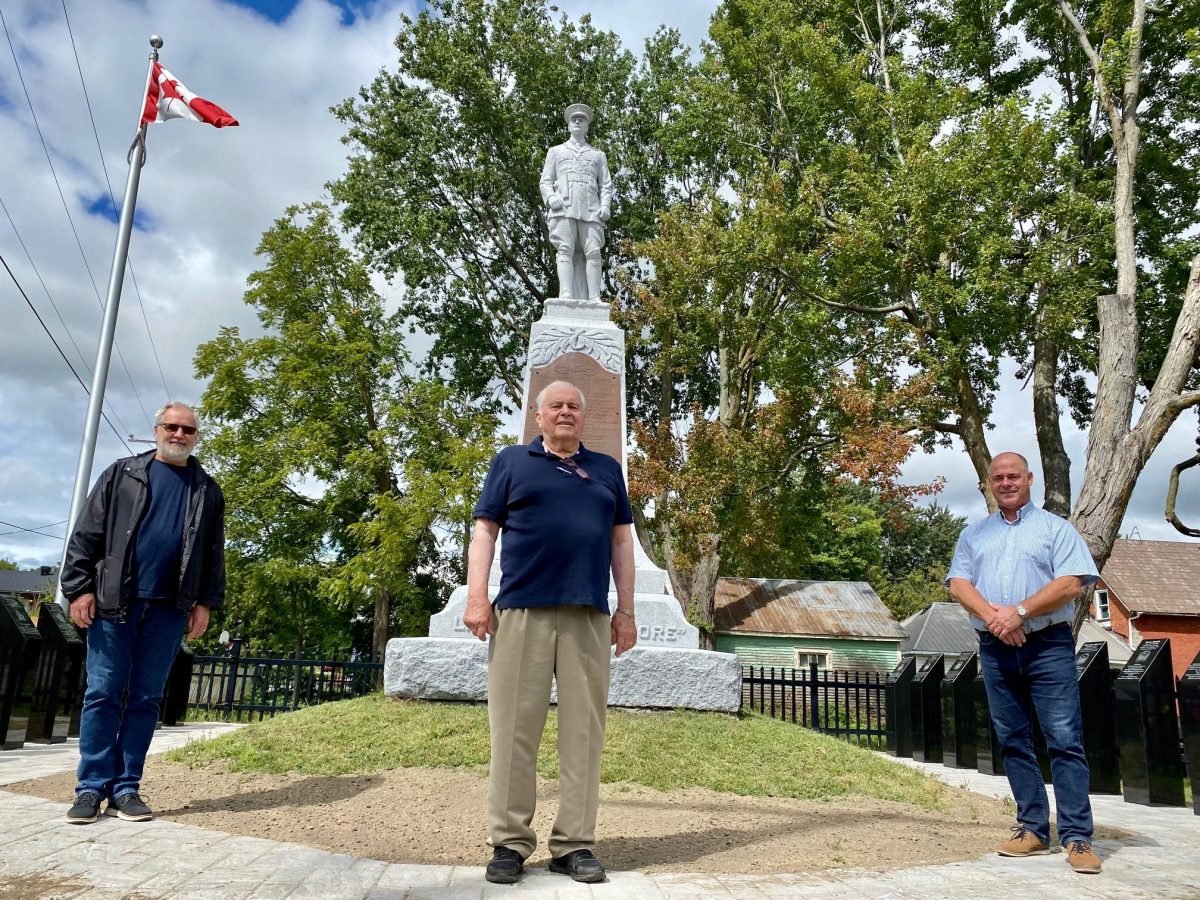 MOREWOOD — Lest we forget.

The Morewood Cenotaph Committee lives by those words. For the past five years, the group has been working tirelessly to improve the grounds by cleaning the iconic statue of Capt. Ernest Glasgow and meaningfully recognize local heroes.

What started as a brief discussion about celebrating the 100th anniversary of the Cenotaph grew into a major project, involving contributions from nearly 100 local businesses and individuals.

“I’m very proud of the committee, for their foresight, follow through and interest in making things better,” notes Bill Smirle, Committee Chair.

He encourages people to go visit the cenotaph and see the improvements for themselves. A public event was planned, but was cancelled due to health concerns regarding COVID and the necessity for restricted attendance.

The committee is planning to bring the community together to commemorate the newly refurbished Cenotaph in July of 2022.

The total cost of the project was around $70,000. Veterans Affairs Canada agreed to contribute $25,000 and local businesses and individuals pitched in approximately $45,000.

The original statue has been completely restored and 21 new pillars have been added to the site. These ‘mini-monuments’– lined up in two rows – perhaps emulating soldiers standing at attention – bring to life the local heroes who sacrificed everything in service to their country. Each pillar features a name, an image and details of that soldier’s service.

“Once the idea of individual monuments was brought forward, we had many discussions and decided to go ahead with the project to create a more human experience, rather than just reading names off a plaque.” said John Grove, Committee Vice Chair.

The committee decided to include one more pillar, in the shadow of the original statue, to represent all the soldiers who survived the war, but succumbed to mental or physical injuries after returning home.

“The committee felt it was very important to recognize the soldiers who may not have died on the battle field, but were severely injured in other ways by the war and whose sacrifice should also be remembered,” explains Smirle.

The Cenotaph is now fully accessible and bilingual as well, to ensure that everyone has an opportunity to pay their respects.

“None of this would have been possible without incredible support from our community,” says Grove. “A lot of thought and care went into this project.”

The original cenotaph was completed and unveiled on July 6, 1921. It has been the site of annual Remembrance Day ceremonies in Morewood for generations, always held on November 11

“I’ve been to many Remembrance Day Services here and it’s overwhelming to see the number of people who come out to remember the sacrifices made by Canadian soldiers,” notes Mayor Tony Fraser. These beautiful pillars are impactful and something that the whole community can appreciate for years to come.”